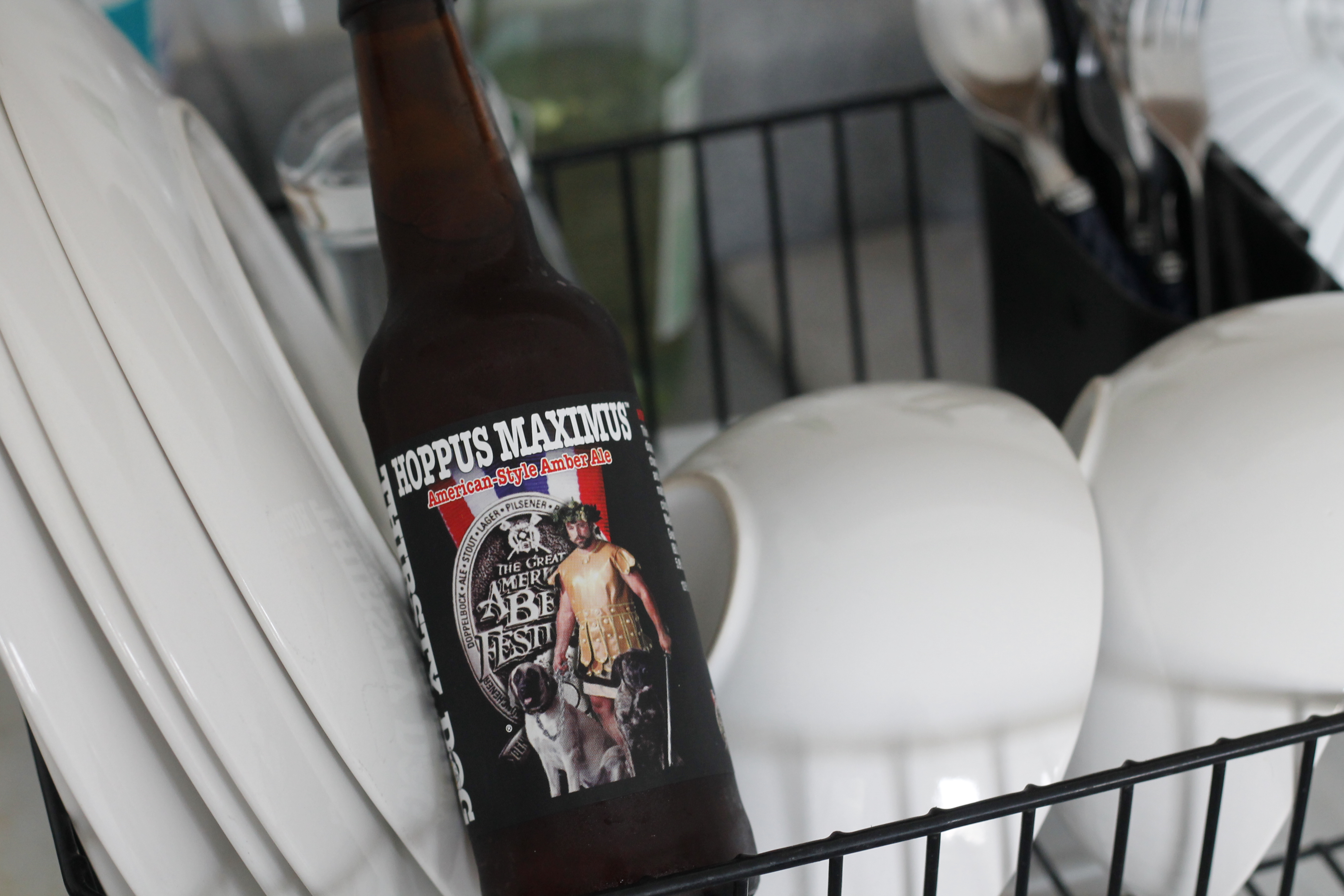 If you could be any type of beer, what would you be?

Would you be light domestic beer, the type with few notable qualities besides being best served cold and in mass quantities?

Or would you be an original craft beer with a sense of humor and a “take no prisoners” attitude?

If I had to choose, I would be Hoppus Maximus, an American-style amber ale crafted by Thirsty Dog Brewing Company.

Like myself, this beer lets people know right away it is reliable and can be counted on, but at the same time it doesn’t take itself too seriously.

A quick glance at the beer’s label depicting a man dressed as a warrior while controlling two happy, full-sized dogs on chains, lets the drinker know they are in for something special.

Living up to its name, the beer takes the flavor of hops to the max, attacking your taste buds with an unrelenting sensation of flavor.

The flavor of the hops and caramel malts cannot be ignored, nor can they be resisted by even the most seasoned of beer connoisseurs.

Every drop of the ale is loaded with enough hoppy goodness to blend in perfectly with its 5.9 percent alcohol volume content.

Amber ale has a strong flavor with a distinct aftertaste that lasts long after drinking.

If you’re a fan of full-flavored beer and want to try something new, Hoppus Maximus is ready to conquer your thirst. It will also shame your other adult beverages, which are cowering in the back of the fridge.