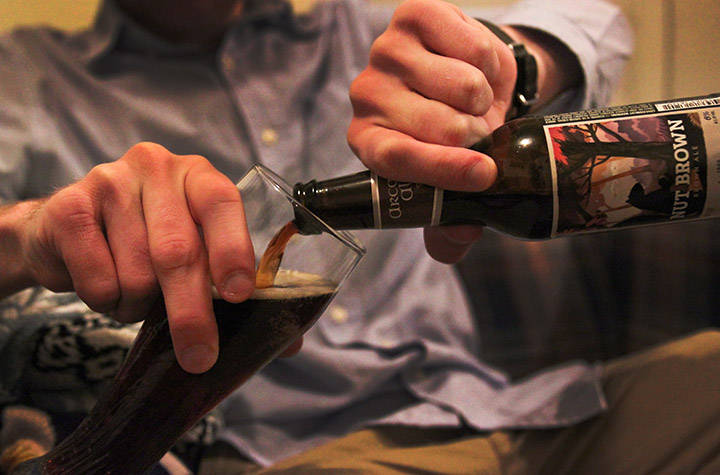 This week’s brew, Nut Brown Brown Ale, from Arcadia Brewery in Battle Creek is sadly seasonal. Its release calendar shows it’s available in January and February and after a hibernation period, it will be back on the shelves for November and December. Anyone reading this and dying to get their hands on a bottle, I’ve got one or two left I’d be happy to relinquish, as long as you get to me by the time I’m finished writing this paragraph.

Having received no requests, I’m forced to drink it all myself. No matter. I’m not in the habit of drinking alone, but my roommates aren’t here to judge, and spring break is a good time to start, because then maybe I’ll forget about all of the homework I have to do that I’ve been putting off the past two months.

There is a squirrel on the label of this beer and sometimes I feel like I’m drinking an acorn that the brewers dug up, stole from some poor animal counting on it to make it through the winter, liquefied and poured into a bottle through a funnel. This is not to say the beer tastes like tree bark or campfire. The beer’s name and label art though, suggest a certain image to the drinker or at least to me, and I can never seem to get it out of my head when I’m drinking. 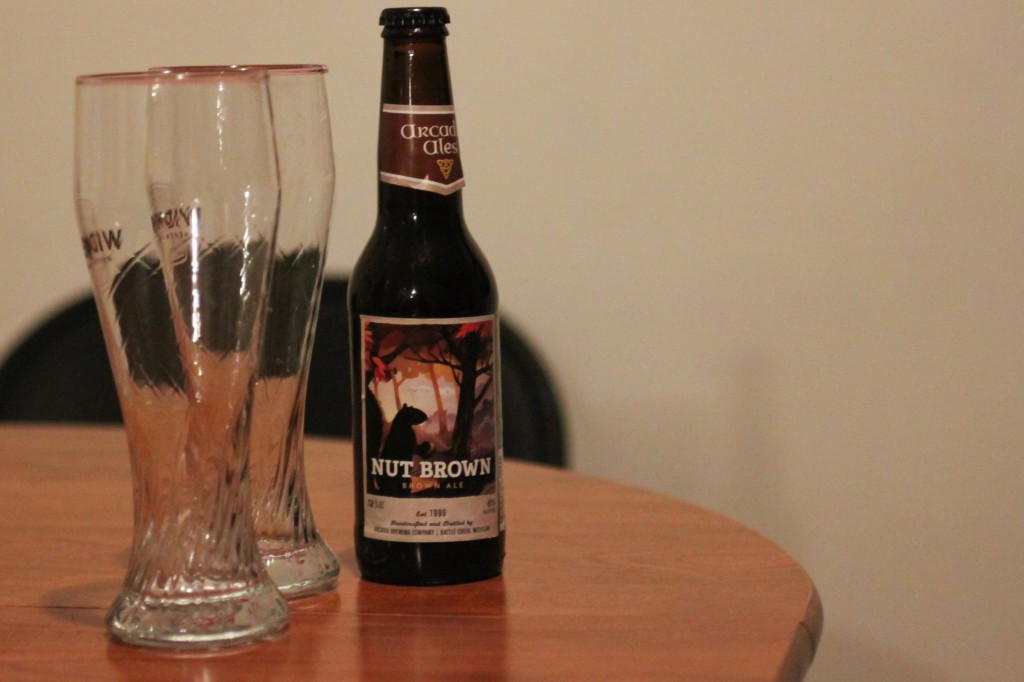 Of course, this does not always hold true. Hamm’s Special Light, a beer my friends often buy because it is cheap, has a label with a nice piece resembling a royal crest and a lion with a sword or something else that people are usually too drunk to notice. It has no effect. Instead of feeling like drinking the beer of the royal court, when I drink Hamm’s I feel like I’m guzzling the water somebody just used to wash the dishes. I take a sip and find myself reaching for the sponge and the soap.

In this case, the label does its job. I was tempted to speculate, sardonically, that the beer would go well with squirrel meat, but that seemed too cruel. The brewers recommend pairing this beer with among other things, venison, grilled meats or chili. To best support the local economy of Battle Creek — or because of my lazy tendency to grab whatever is closest  — I paired this beer with Pop-Tarts. The two are surprisingly compatible, perhaps because of some inherent hometown attraction between the two. (Kellogg’s, the company that produces Pop-Tarts, is headquartered in Battle Creek.)

Whatever the real reason, it felt totally college: eating a food meant for breakfast and drinking a beverage responsible people don’t drink in the mornings. For a brief moment, I felt sad about being close to graduating. Then to satisfy some strange, masochistic impulse, I checked the amount I owed in student loans and how much I’d be responsible for paying starting in a few months. Without a second thought, I opened another bottle.