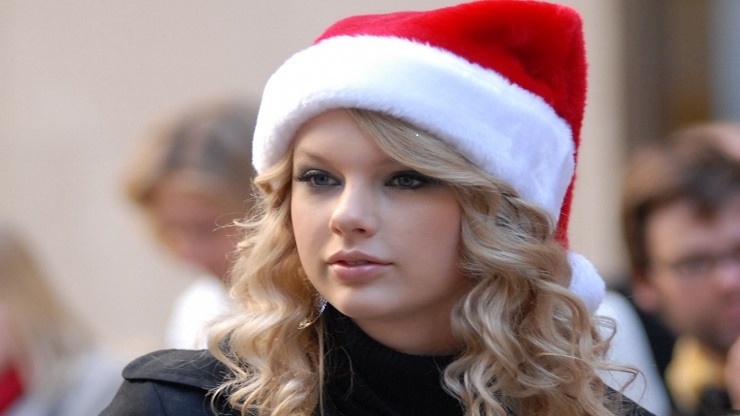 It is that time of the holiday season where radio stations play the infamous Christmas music. Of course, I say infamous because some people just despise it.

Yet, even if you hate Christmas music, there are always those catchy tunes that people cannot help but love. Here are five favorite Christmas songs that always seem to get me in the spirit:

This song was featured on Bieber’s Christmas album “Under the Mistletoe”, released in 2011. It happens to be the only track on the album that I enjoy, and you do not have to be a Bieber fan to appreciate this song. This track really shows off a grown-up attitude, his vocals are at their strongest and the catchy chorus and will have you singing along.

4. “Christmas Wrapping” by The Waitresses

This song is older but still is a classic Christmas song. It was released in 1981 by The Waitresses, who known for their hit single “I Know What Boys Like.” It has been featured in a couple of films but is not nearly as popular as many of the other Christmas songs we’ve become familiar with. The vocals are not the strongest but it is the other instruments that help push it along— and the beat is foot-tapping worthy.

This is a Taylor Swift song from back in her country era. Swift covered this in 2007, originally done by Wham! in 1984, and has been covered by several different artists. Swift’s version is probably the best, with its soothing sound and infusion of country elements.

Lizzie McGuire fans will dig this, and it is definitely a throwback for those who were in love with Hilary Duff. It was released in 2002, when Duff was at her prime, and was featured in the film “The Santa Claus 2” in 2002. It was placed at the end of film, but it became an instant favorite for me due to my obsession with Hilary Duff at the time. It is a fairly typical pop song, but it’s also an original song and not another cover of a popular Christmas tune.

1. “Yule Shoot Your Eye Out” by Fall Out Boy

Fall Out Boy. Enough said. They are always awesome, and when I discovered they had a Christmas song, I was amazed. It’s not the typical, cheesy noise you hear on the radio; the track uses beautiful acoustic guitar, pushing the tune along and complementing Patrick Stump’s voice perfectly. It was released in 2003 on “A Santa Cause: It’s a Punk Rock Christmas,” and the usual kooky lyrics that Fall Out Boy have become known for are all there.