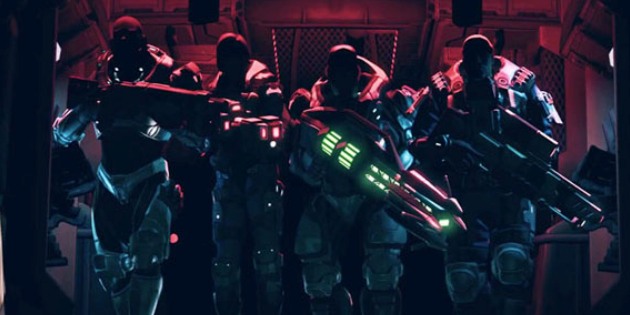 I’ve never understood why someone would stay in an abusive relationship, or why a cadet would yell, “Thank you, sir! May I have another?” after his drill sergeant punched him in the face. Why would you choose to receive punishment? After playing “XCOM: Enemy Unknown” I get it.

Imagine a massive chessboard where some spaces are elevated and walls can provide cover for pawns. That’s “XCOM.” Players control where each soldier goes or if they attack or defend themselves. After moving everyone in the squad, the player’s turn is over, and the computer does the same for the enemy. The ultimate goal is to eliminate the aliens and keep the squad alive. That is much, much easier said than done.

There’s a large degree of randomness in the game. Each “chess board” is randomly generated so the battlefield is different every time. The unpredictability is what makes the game so re-playable. The best part of “XCOM: Enemy Unknown” is that unknown. There’s also unpredictability in the fighting. The chance of a soldier hitting the enemy varies depending upon positioning, cover, rank and lots of other factors. Here’s the catch: if a soldier dies, he’s gone for good. Kaput. Finished.

Players may have roommates inquisitively entering the room upon hearing screams. Because there aren’t any re-spawns, losing a soldier is a big deal. It’s vital to find the correct difficulty for yourself, where losing a high ranking soldier doesn’t force a campaign restart. Players can also name soldiers whatever they’d like, too, which is a very clever way to get attached to what would be otherwise empty vessels. I named each soldier after my friends, so when I lost my sniper, I didn’t just lose my best soldier, I also lost my best friend.

The battles are only half the game, though. The other 50 percent is building a base, upgrading weapons and armor and making sure each nation is safe. Without getting too nerdy, players must manage each country’s panic level. Frequently aliens will attack three countries, but gamers can only go to one, creating a sort of spinning-plate situation.

This review may have been touting how hard this game is, but in the interest of full transparency it’s more likely that I just suck. There are four difficulties, I have had 11 separate campaigns on the second lowest difficulty and got my butt handed to me every time. Shamefully I went to the lowest difficulty with my tail between my legs. The only difference was I got killed a little bit slower, making it that much more painful.

After losing on the easiest mode I decided I’d check out the hardest, the “Impossible” difficulty. It’s almost comical how ruthless it is. My entire campaign lasted no more than five minutes. The thing is, I still had fun. “Thank you, sir! May I have another?”

Players that prefer slow paced gaming where success is based on strategy rather than fast-twitch reactions should check out “XCOM.” Now, if you’ll excuse me, I’m going to go get abused again.