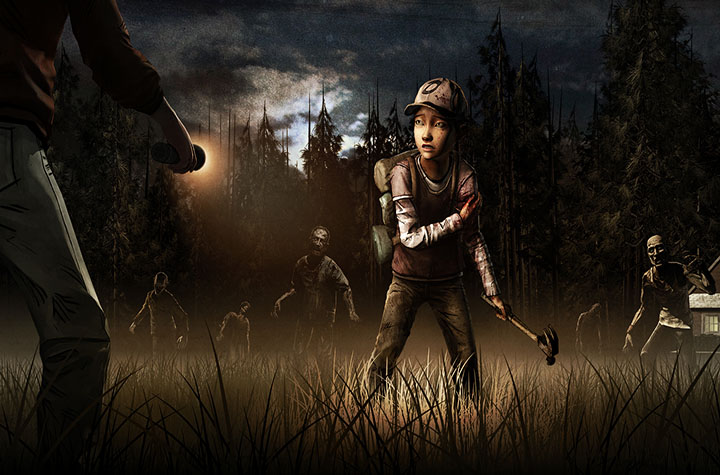 After a long wait, the first two installments of Telltale’s episodic “Walking Dead Game Season 2” are out on Xbox Live Arcade, the PlayStation Network, Mac and PC.

These downloadable titles are part of a five episode series based on “The Walking Dead” comic books.

Following the events of the first season, 11-year-old Clementine continues her quest for survival in a world overrun with zombies. While searching for a safe haven from the “walkers,” she meets a new group of survivors who may not be what they seem.

Throughout the game, the player is faced with a number of tough choices which affect how the story will play out. Making different choices leads to a different experience and exploring the branching paths makes for a high level of re-playability.

The production values have increased noticeably from Season 1. The game sports a slick new interface and soundtrack, and the small glitches and graphical hiccups of the earlier season are also a thing of the past.

The game takes a cinematic approach, focusing heavily on cut-scenes where players choose from dialogue options to interact with other characters. The actual gameplay takes a backseat to the beautifully written narrative, which is engaging and keeps you invested in the characters.

The narrative-centered style is also a little problematic. Season one of “The Walking Dead” game moved away from the head-scratching puzzles and item-collecting of traditional adventure games to focus on action and storytelling.

In the first episodes of Season 2, this shift is taken further. There are no puzzles to speak of. There is exploration and item-collecting in episode one, but episode two railroads the player through the story with one cinematic after another. Later episodes in the series may involve more problem-solving, but these episodes really lack that cerebral element.

The action sequences are centered on quick-time events where the player must hit a specific button that is displayed on screen. These scenes have an intuitive and gratifying feel, but they don’t offer much in the way of a challenge. Fortunately, there are no first-person shooting segments like in Season 1.

The two episodes together take about three hours to play through, but you might play through them two or three times to see how making different choices changes the narrative. At $5 per episode, they are well worth the price.

These episodes are a must-play for any fans of The Walking Dead comics or show as well as as gamers who favor compelling stories over rewarding gameplay.