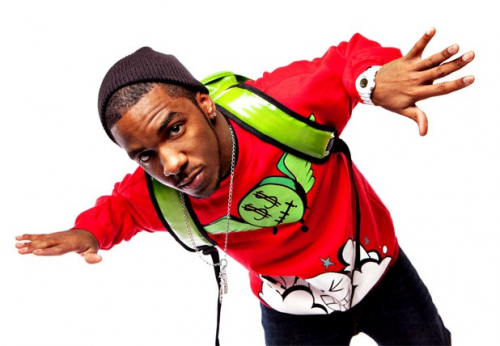 Get Familiar! is back with an artist that has emerged as one of the best in today’s hip-hop scene, but for some inconceivable reason is flying under many people’s radar.

XV, also known as “Vizzy,” is a 26-year-old rapper hailing from Wichita, Kansas. His name signifies the year that he first started to get into the music game, at 15 years old. XV, of course is 15 represented in Roman numerals.

Vizzy first began to gain attention in 2008. The first spurt of said attention came from his mixtape entitled “Planet Squaria: The Square In The Circle,” which featured rap giant Lil Wayne on the track “U Got It.”

Released in 2008 was something that XV called “40 Days & 40 Nights.” This was a project in which Vizzy would release a new song every day and every night for 40 straight days. 80 new songs in 40 days? This had the Internet buzzing.

Among the biggest tracks from the “40 Days & 40 Nights” project include “If I Could Draw,” “Pretty Much It,” and the feature heavy rap fest, “The Incredibles.”

With the hip-hop heads watching, XV released possibly his biggest mixtape, “Everybody’s Nobody” in mid-2009. This mixtape featured heavy hitters Wiz Khalifa, Big Sean and Ne-Yo on the tracks “Gobstopper,” “Life Vs. Livin’,” and “Used To,” respectively.

X’s next move was to announce that Vizzy Zone, his next mixtape, was dropping soon, but with multiple delays for a number of reasons he put out a prelude mixtape which he cleverly called “30 Minute Layover.” In this miniature mixtape, Vizzy drops mostly remixes including songs like Wiz Khalifa’s “This Plane,” Lil Wayne’s “Drop The World” (which XV called “Lift The Game”), and B.o.B & Bruno Mars’ hit “Nothing On You.”

“Vizzy Zone” then dropped a few short months later with features from Mike Posner, Mac Miller, Bun B and several others. Highlight tracks include “The Flying V,” “Vizzy Zone,” and the remix to XV’s original song “Mirror’s Edge.”

Although the number of downloads for “Vizzy Zone” was similar to “Everybody’s Nobody,” many believe that “Vizzy Zone” was not good enough to be a follow-up mixtape to the very popular preceding project. XV silenced those doubters quickly with the release of his most recent mixtape, “Zero Heroes.”

Released in April of this year, “Zero Heroes” has more downloads than both of Vizzy’s prior mixtapes and is said by many to be his best project to date. Like most of his projects, it’s difficult to pick out a couple tracks, but highlights include “That’s Just Me,” “All For Me,” “U.F.C.,” and “Swervin’.” Videos have been released for “All For Me,” “When We’re Done,” and most recently, “U.F.C.”

“Everybody’s Nobody,” “30 Minute Layover,” “Vizzy Zone” and “Zero Heroes” are all available for free download at iamxv.com/mixtapes and XV’s older works can also be found in the hip-hop archives of the Internet, all of which are free.