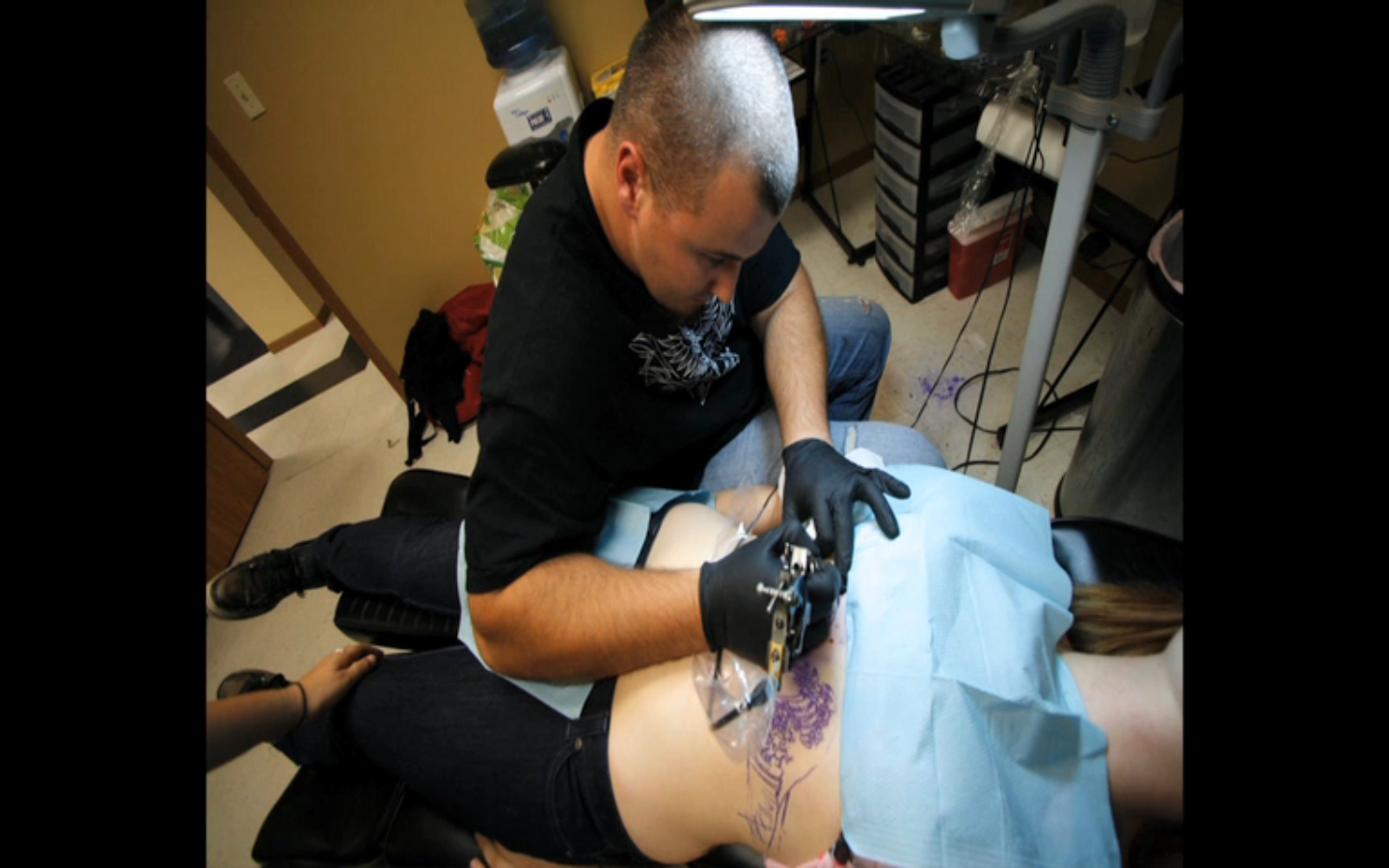 When Political Science Senior Brandon Nichiow decided to get another tattoo, he wanted to do something different, something he had never seen before.

“I wanted to get stars and I have never seen anyone with stars on their knees.” Nichiow said. “ Everyone says that the back of the knee is the worst place to get a tattoo so I wanted one there.”

Tattoo from Grand Central on Vimeo.

Heritage Tattoo, located at 1222 S. Mission street #B, the place Nichiow decided was the right choice for his desired tattoo, is a place that he doesn’t recommend.

“The guy who did my tattoo was good with me, but he was telling me some stories where he would make the needles longer with the obnoxious customers to make it a lot more painful for them.” Nichiow said.

Total he has ten tattoos and has no plans of stopping his ink craze. Nichiow said that he enjoys getting tattoo’s where most people say it hurt them the worst. His entire back is a tattoo of the ancient Myan temple of Chicén Itzá, or the temple of the warriors.

While on vacation in Mexico Nichiow went to Chicén Itzá and saw a picture of the temple where it looked as if a tree was growing out of the top. He decided this would be an amazing tattoo and he designed his back tattoo to resemble the photo.

History and Anthropology Junior Abbie Díaz had a different experience when she got her second tattoo at Intricate Décor Inc. Intricate Décor located at 4934 E. Pickard St., is a laid back tattoo studio where everything is wide open and very welcoming, according to Díaz.

“I enjoyed my tattoo artist, he was very patient with me.” Díaz said. “ My best friend Tara was really nervous and her tattoo artist was kind of rude. But I have friends that work there that said she is really nice, must have been a bad day for her.”

Díaz loves her tattoo, “ever thine, ever mine, ever ours”, is a tattoo that she said symbolizes her friendship with her best friend Tara, who has the same words tattooed on her as well.

“We are Sex and the City freaks, we feel that it relates to every aspect of our lives.” Díaz said. “We were watching the movie and we both looked at each other at the same time when Carrie was reading the love letter to Big and we knew that it symbolized our friendship.”

“Especially because one of the guys that do the piercings comes into my work all the time and homeboy is sexy.” Díaz said. “He can pierce me anytime!”

When thinking of getting a tattoo, both Díaz and Nichiow recommend to check out all three to see which tattoo studio fits you best and which studio you feel does the best work. This ink is for life, you want it done right.