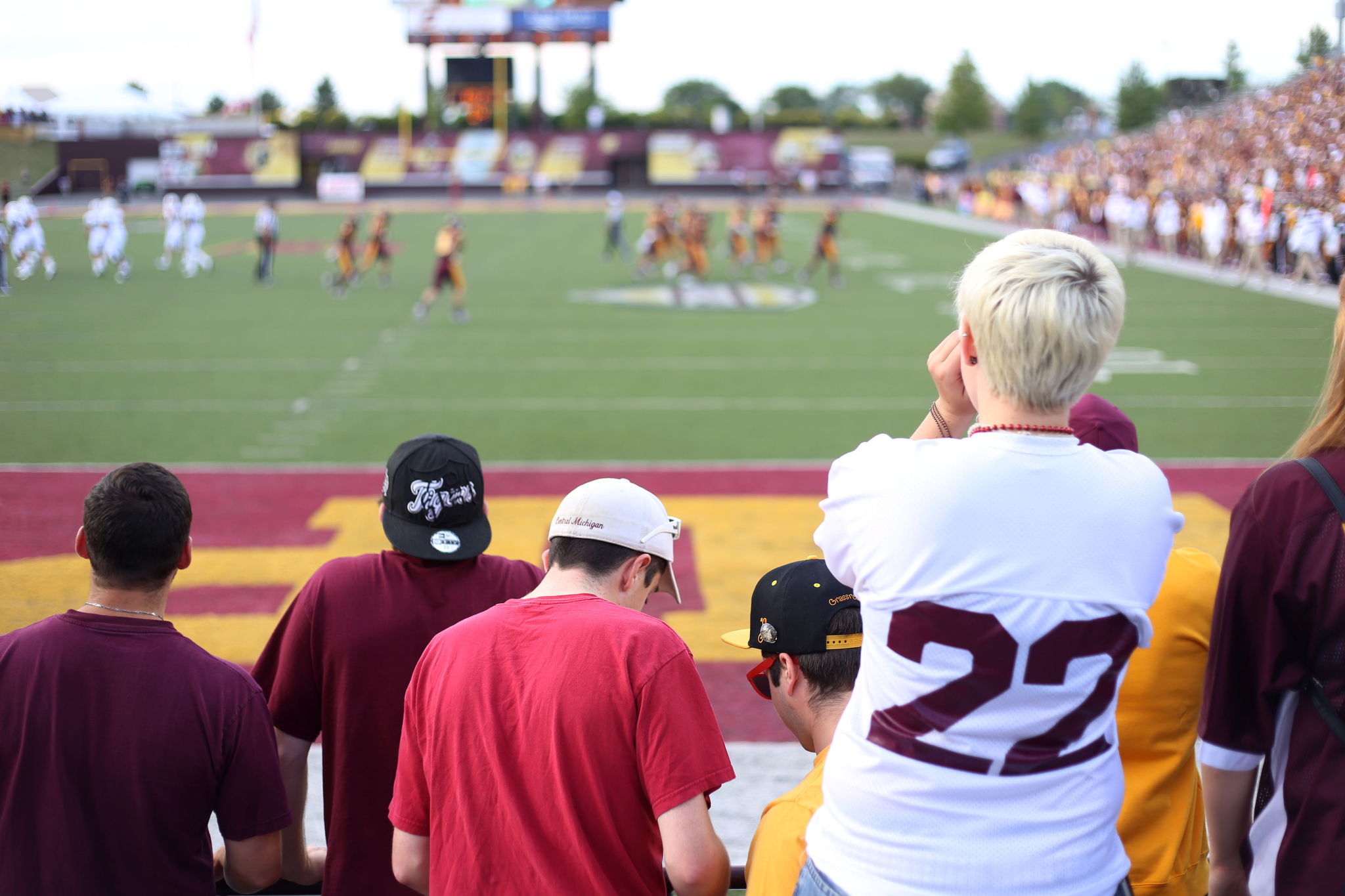 With the first week of college football in the books, some questions have risen from fans around the country:

How good is my team and what can I expect to see from them this season? Below, sports editor Bryce Huffman has the breakdown:

Looking at the offense from last season, the Chippewas averaged 3.9 yards per carry and 132.8 rushing yards per game for a total of 16 rushing touchdowns for the season. In terms of passing, the team had slightly more success moving the ball, averaging 208.3 passing yards per game and a 15/17 touchdown-to-interception ratio. Minus turning the ball over, the Chippewa passing game generated more yards last season.

During the game against Chattanooga, the Chippewas rushed for 148 yards, beating last season’s average. However, Central’s passing game struggled for the majority of the four quarters, with only 173 passing yards. Defensively, the team had four turnovers against the Mocs, all of which were interceptions. This is much higher than the team’s average of 1.17 interceptions last season.

B. What should I expect from my team this season?

Just looking at large sets of numbers like this might not mean much, but view it in this context: Central is far more experienced than last season, which a is great thing for fans. In college athletics, more experience is almost always a great thing. Expect the averages in just about every category to be better than last season because the depth chart looks very similar, with a few of those key components being more familiar with competing in the Mid-American Conference.

This year, only a few positions have different starting players, as opposed to last year. With the first game out of the way, it is safe to expect the offense to keep the ground game going strong. As quarterback Cooper Rush becomes more comfortable throwing in his second year as a starter, he’ll improve his game.

Senior wide receivers Titus Davis and Courtney Williams had a combined 57 receiving yards in this season opener. Expect more yards later on in the season as both players combined for an average of 113.3 yards per game last season.

Defensively, the team has even more experience than the offense, and despite being down 16-0 early to the Mocs, the defense pitched a shutout in the second half. Anytime a team doesn’t allow any points in a half, the fans should be confident heading forward.

Although having national championship hopes seems a bit lofty given the 6-6 ending last season, it is not too farfetched to believe the Chippewas can win a MAC Championship given the returning starters and performance in the season opener. Anywhere between eight and 10 wins seems likely for the team this season.

The Chippewas will travel to Indiana to face off against the Purdue Boilermakers Saturday, Sept. 6 in Ross-Ade Stadium with hopes of repeating the success of their home opener.