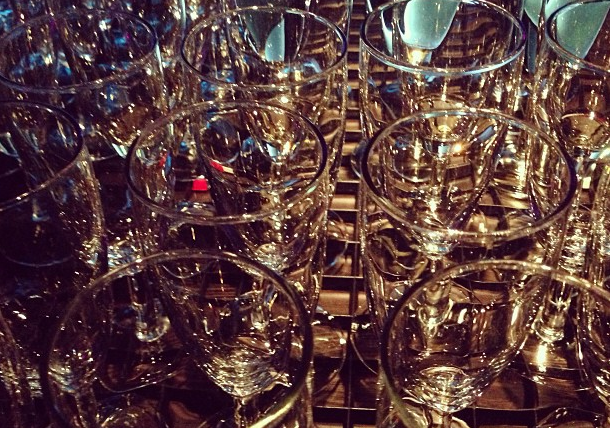 Blinding lights sting your eyes, your stomach is in knots and your head is throbbing.

These are sure signs of one thing: a hangover.

Last night’s party was a hit, but now you feel like you were hit by a truck. So, how do you get over this terrible feeling?

Central Michigan University nutrition professor Anna Most said the sick, dreadful feeling that accompanies hangovers is not one that college students consider before a night out on the town. That dreadful feeling can be the result of downing long islands at closing time rather than bottles of water.

“Usually it’s dehydration,” Most said. “Loss of water is the biggest culprit.”

Most teaches about chemicals called ADH – or antidiuretic hormones (aka your worst enemy when you’re drinking).

“Alcohol interferes with the antidiuretic hormones in your body,” Most said. “ADH is responsible for helping your body conserve water. Therefore, when you drink alcohol, it interferes with ADH and your body loses water, causing dehydration.”

Not only does the alcohol itself dehydrate you, but additives in alcoholic beverages such as sweeteners, flavorings and syrups can cause that upset stomach we are all too familiar with.

A lot of people have their own home remedies for curing that miserable hangover feeling, including Freeland senior Evan Greskowiak.

“I usually have to eat something right away,” Greskowiak said. “To help not have the feeling of gut rot.”

This makes sense, because as soon as alcohol is consumed, the body starts to break it down. However, some percentage is always absorbed directly into the bloodstream. Having food in your stomach – particularly proteins, fats and dense carbohydrates – slows that absorption process.

“Once, I had a really bad hangover and it was only cured after I ate a huge bowl of ramen,” Hunter said. “I don’t know why the ramen helped, but it was probably all the grease.”

Many people think greasy food cures a hangover more than other foods, but according to Men’s Health, what you eat after drinking doesn’t matter — it’s what you eat before all those Jägerbombs that can help lessen the pain the next day.

However, you can still feel free to use a hangover as an excuse to treat yourself to a slice of pizza from the Malt Shop.

Another popular remedy among students is Gatorade and Advil. While the benefits of Advil for pain relief make sense, why Gatorade?

Some believe that the dehydrating effects of alcohol can cause your body to lose electrolytes and create hangover symptoms. Therefore, drinking electrolyte-infused sports drinks such as Gatorade may help ease the pain.

However, Men’s Health tells us that even though the diuretic effect of alcohol may cause the body to lose some electrolytes, it’s not so much that you need to replace them right away. If you’re looking to save a couple bucks, remember that Gatorade is no better for a hangover than water from your tap.

So, next time you wake up and the room is spinning – don’t panic. Just drink some water, take some pain killers and go grab a juicy burger. It may not cure your hangover right away, but it will certainly make you feel better.