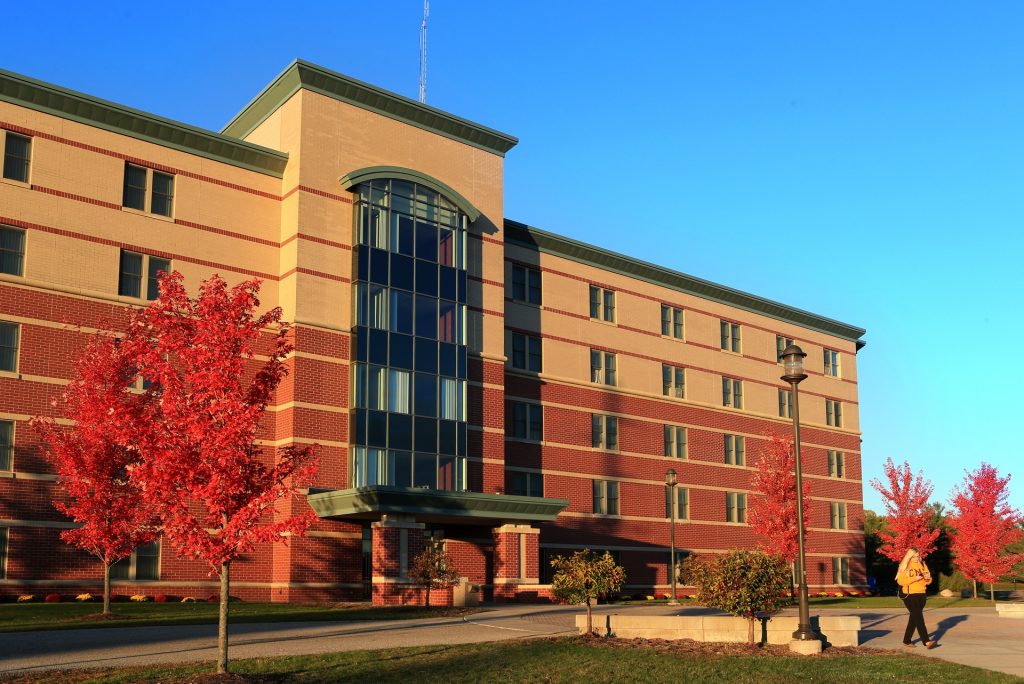 A campus full of unfamiliar faces and classes on topics that they’ve already learned is the reality for many transfer students at Central Michigan University. Despite already attending college for a few semesters, transfer students enter CMU feeling as though they’ve started all over, likely because that’s how they’re treated when they arrive.

“Transferring in you kind of feel behind in a way, just because you’re starting new somewhere else,” said Kat Longton, a senior entrepreneurship major who transferred to CMU in fall of 2019.

One of the main problems transfer students have at CMU is that the events meant to help new students meet people and become connected to campus are freshmen-oriented.

“The [Leadership Institute] kind of preaches inclusivity on all levels,” Longton said. “And I think that as someone who’s transferring in, it’s not a very inclusive experience for people that aren’t freshmen.”

This inclusivity issue can be seen at the event Leadership Safari as well. Leadership Safari is a “co-curricular program” that “provides students with a welcoming and supportive environment that aids in the transition to college life,” as stated on the CMU website.

“They only address this room for like a million people as freshmen, even though a good quarter of them are probably transfer students,” Longton said. “You feel like you deserve to be at least talked to like you have a little more experience.”

While it is difficult for transfer students to feel included at these introductory events, many believe that the dorms are the best place to make friends. Those that don’t live in the transfer dorm, Kulhavi Hall, have to go out of their way to make friends, Longton said.

Those that do choose to live in this transfer community, located in Towers, have the benefit of living amongst people who understand their situation.

“Being in a new setting with people that are having the exact same experience as you is probably really beneficial, just because it does take away like that feeling of, ‘I’m alone. I’m doing this alone,’” Longton said. “You can literally walk down the hall and everyone’s doing the same thing as you.”

Kulhavi is one of the nicest dorm buildings on campus and a comfortable place that helps transfer students adjust to their new surroundings, she said.

“If I were to go far away, I wouldn’t want to live with a freshman,” Longton said. “I think it’s good to have an option to surround yourself with people that have like-situations.”

However, not everyone can afford to live in this dorm or even knows that it exists. Cam Miller, a junior English education major who transferred to CMU in fall of 2020, had never heard of this transfer community and wouldn’t have lived in it anyway due to expenses.

“I didn’t live in the dorms when I transferred here, I got an off campus apartment,” Miller said. “And it was kind of isolating.

“Now that I’ve joined [Zeta Theta Pi] and I’m also the president of [the National Council of Teachers of English], I have my communities now, but getting there was a struggle.”

Meeting people and becoming involved on campus aren’t the only problems that transfer students face. There have also been issues with advisors and general education, or UP, credits.

Another common issue for transfer students is less scholarship opportunities, both schoolwide and within individual clubs or majors.

“There aren’t all the same opportunities set up for transfer students to get scholarships or awards or things like that…which is just frustrating,” Longton said.

Putting these issues aside, though, it is not impossible for a transfer student to become involved, as long as they’re willing to put themselves out there. Joining registered student organizations, getting a campus job, going to events for their major/minor, attending Main Stage and looking at clubs online are some of the best ways to meet new people and engage with campus, said Longton and Miller.

“Get involved because that’s the best way you’re going to meet people,” Longton said. “You kind of get to decide what opportunities you receive here.”

Miller agrees that transfer students have to go out and find opportunities for themselves.

“Put yourself out there. Don’t be scared of rejection.”

Despite all these struggles that affect transfer students, it is possible to make CMU feel like home as long they’re willing to put forth the effort.

“If you make the most of what you can do here, you’ll probably have an enjoyable experience,” Longton said.