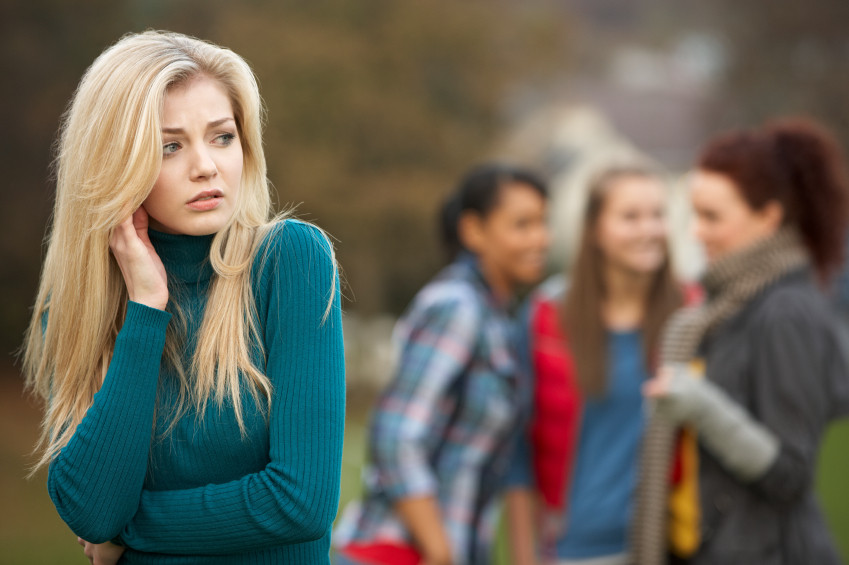 My high school years were good – in fact, they were great.

I was friends with all types of different groups and never excluded anyone. My first year of college was the same, and when I went to sign up for a dorm my second year I went in blind.

I thought it would be a good way to meet some new friends and expand my horizons. The girls and I were different – very different. Like day and night different. But, I’m not one to judge. So I tried to make the best of it, starting conversations and asking them to go out and do things with me.

Conversations were averted and eye rolls ensued. You tell yourself that you would never let petty “girl” things like that hurt you, but they sting and burn. I was bullied and I was afraid to admit it.

I tried avoiding the room like the plague, knowing every time I went back, there would be whispers and a “what?” from a friend. I knew they were asking why they couldn’t talk to me. I laughed about it to my family and friends, “Oh no we don’t get along! They don’t even talk back to me when I say something!”

But what did I ever do to you? I was bullied and now I’m not afraid to admit it.

I was being tattled on like a third grader for waking up early in the morning (seriously), playing music in the shower and having my boyfriend in my room – for that I was kicked out and forced to go somewhere else. My boyfriend then told me I was being bullied, but I shrugged and laughed it off. He was worried, and I wish I had been.

It hurts when you try so hard to get someone to like you, someone you don’t even like yourself. But I have that need to be liked, so I kept trying and it stung bad every time I got the cold shoulder or heard that whispered “bitch” when I walked away.

We tried meetings with the Resident Assistant, who was on their side the whole time and I knew it. She tattled back to them every word I said in confidence about how I was feeling.

They threw coins at my door (yeah, coins) while I was sleeping and moved my things to a top shelf they knew I couldn’t reach – is that bullying or taunting? It’s bullying.

That day I got so fed up, I told my mother and she called the Resident Hall Director. She now knew I was being bullied, just as my boyfriend told me.

I wish I had stood up for myself like they wanted me to. I wish I had the courage to scream and yell, but I was peaceful, and I left the room peaceful after the beginning of second semester. I wish I could have left sooner, but that’s OK – because I can finally admit I was being bullied.

College bullies exist, and it took me a long time to figure out. Don’t wait, step up and do something about it.