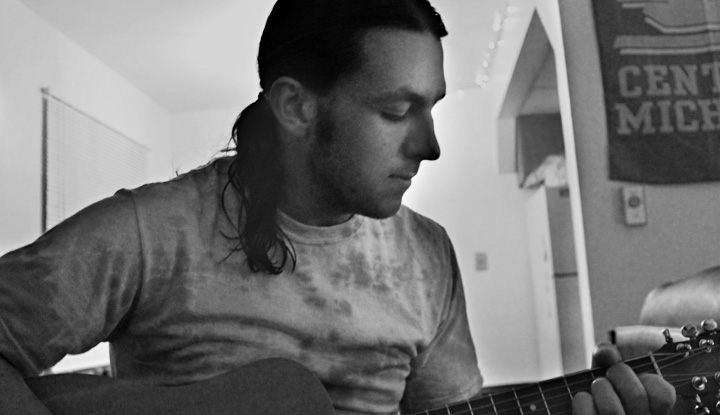 I can still feel the smacks to the back of my head for having hair past the top of my ears.

And I won’t forget driving to the barber with my mom, handing the guy $20 and watching him hack away my strength with a gleam in his eye.

I went to an all-guys private school, where looks didn’t matter as much as rules. I haven’t cut my hair more than four inches since the day they gave me my diploma.

See, my ponytail isn’t a hipster hairdo or the byproduct of a now poorer college kid unable to shell out the $20 for shearers. It’s a constantly growing reminder to never change who I am; a rebellion against those who think they know me.

Actually, as long as we’re on the subject, I’ll introduce myself.

I’m Kurt Nagl. Despite the flow, I’m not a stay-at-home pot smoker. I don’t care much for metal music. I love showers almost as much as hard work and planning a successful future.

By no means do I think everybody judges dudes with long hair. But stereotypes have a way of seeping into the most level of heads. And, the only way around them is shattering them.

I bet most flow-bros don’t fall neatly into society’s perception of them. In fact, I’d say we’re a breed all our own – a patient, confident and friendly breed.

Do you know how long it takes to grow out hair? Rhetorical question, but I’ll explain the “phases” game for all those who haven’t experienced it.

You’re a surfer boy for the first few months. Anytime you lay your head against anything but air, it turns into a scrub-do kind of day.

Once past that stage, it’s onto the coveted “emo” look. While rocking this, some might mistake you for a paranoid drug addict, considering the constant flicking of your head to remove hair from your face. And of course, look forward to each gust of wind giving you a taste of the shampoo you used that morning.

Those that make it past this phase will be presented with a trophy in the form of a ponytail. Only patient men will take it home.

We’re confident fellows as well. I don’t know one man who chose to grow his hair out because it looks good in a job interview. We’re simply comfortable enough to express every aspect of our personality.

Don’t forget friendly. Have you ever met a man with long locks who wasn’t genuine and approachable? Really? Well please don’t blame it on his hair. That’s pretty shallow.

Don’t worry, I won’t leave a double-standard hanging in the balance.

Long story short — short hair or long, live like your locks: free and forever growing. Unless of course you’re bald, then keep shining on.