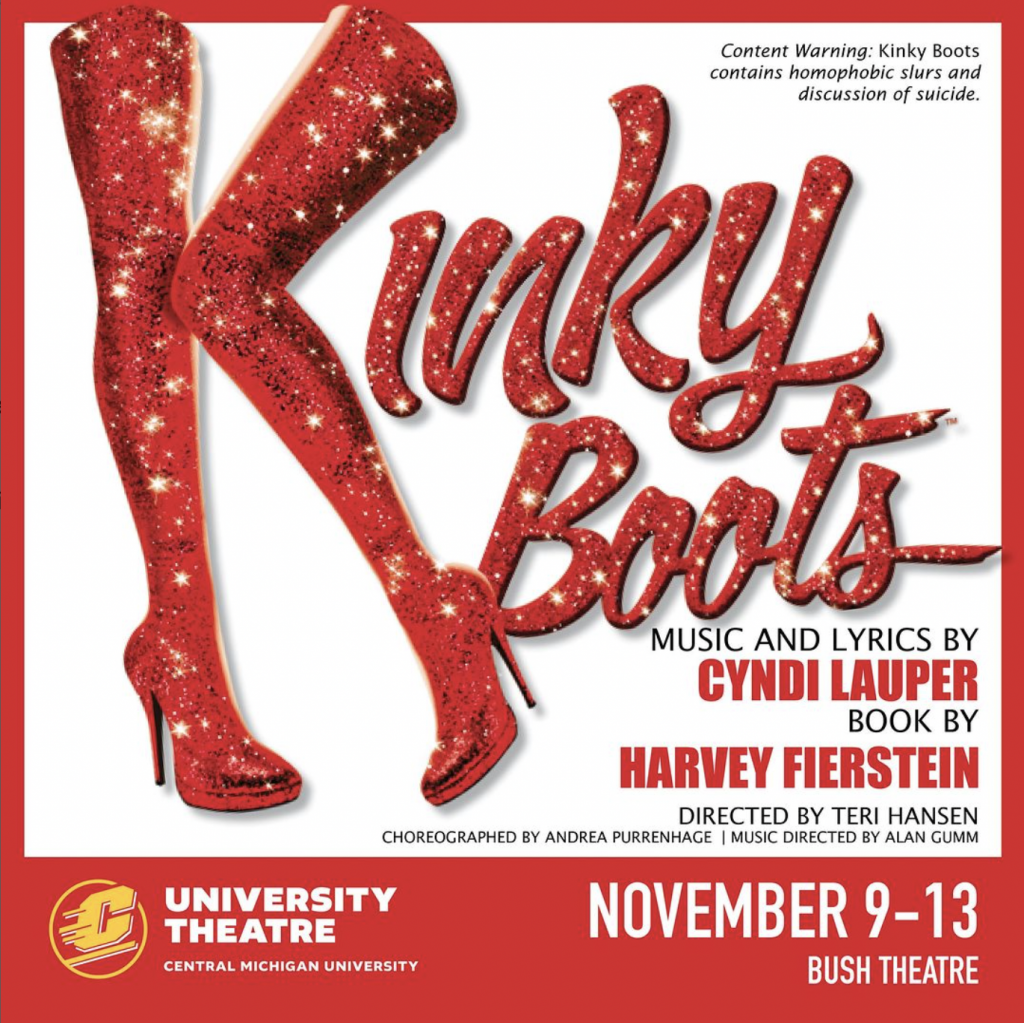 CMU’s Bush Theatre will be hosting performances of the musical Kinky Boots from November 9 until November 13. The show with music by Cyndi Lauper is based on the book by Harvey Fierstein. The CMU production will be directed by Teri Hansen, with music directed by Alan Gumm and choreography by Andrea Purrenhage.

“The Tony Winning musical tells the story of Charlie Price who has reluctantly inherited his father’s struggling shoe factory,” according to the CMU Theatre Department. “Trying to live up to his father’s legacy and save his family business, Charlie finds inspiration in the form of Lola, a fabulous entertainer in need of some sturdy stilettos.”

Tickets can be purchased here.