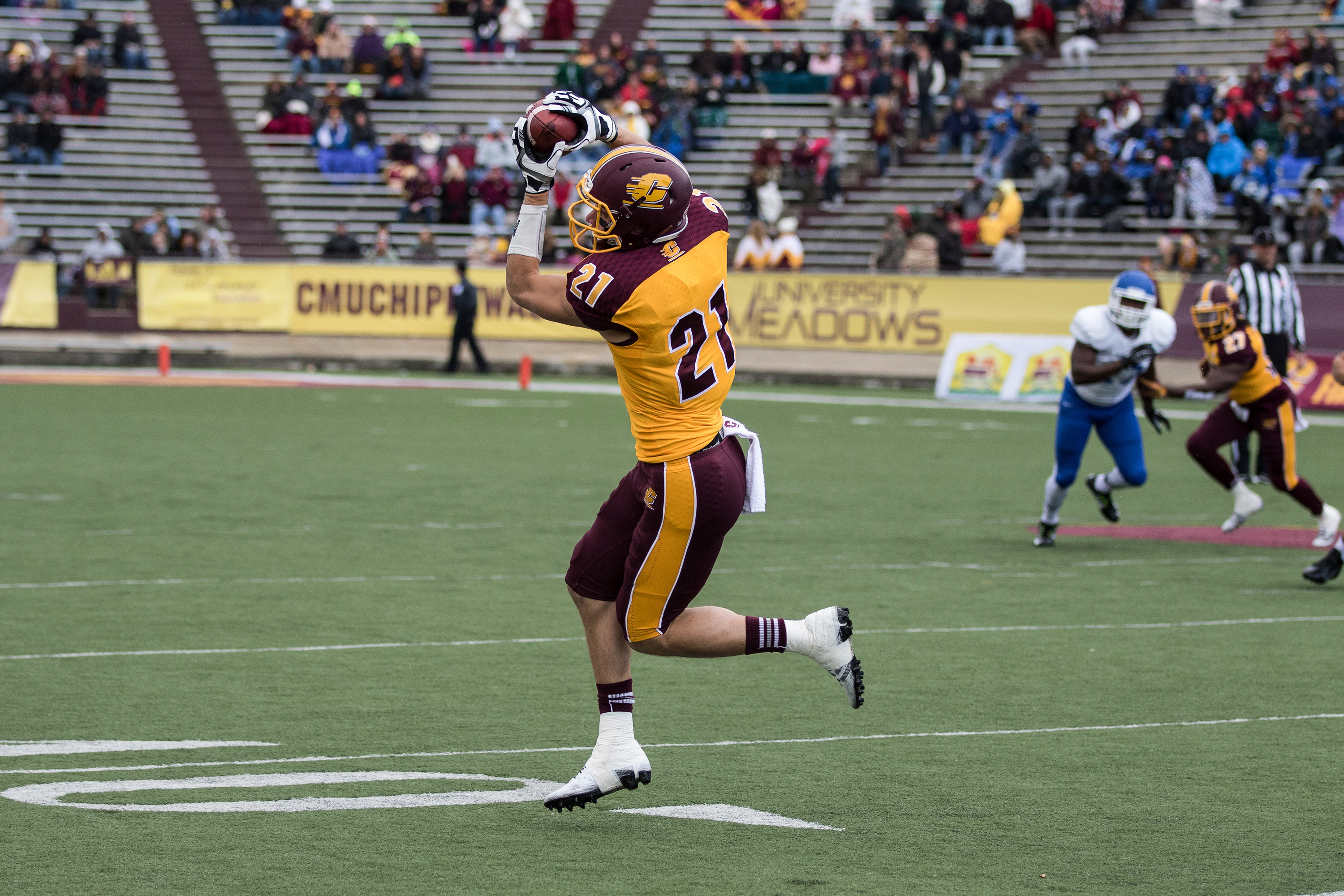 Although it was a high scoring and entertaining game, the Chippewas suffered a loss against rival Western Michigan University.

CMU scored just two touchdowns in the first half, going into halftime with a 27-16 deficit. The Chippewas came out in the second half gaining momentum and fighting their way back into the game. Quarterback Cooper Rush passed for two more touchdowns in the half, one to Ben McCord and the other to Corey Willis, but despite a valiant comeback effort the Chippewas fell short losing 41-39.

Rush threw for 321 yards attempting 32 passes and completed only 23 of them. He threw just one interception through the course of the game, during the first quarter, while linebacker Tim Hamilton, who wore the No. 21 honoring Derrick Nash, ended the game with 5 tackles.

However, although the Chippewas fell short against the Broncos, it didn’t stop wide receiver Jesse Kroll from playing an amazing game with 6 receptions and 75 yards, and ultimately, being chosen to wear the No. 21 jersey during the game against Buffalo.

Kroll entered the Buffalo game leading the team with 389 yards and 32 receptions so far this season. He hoped to have a big game against the Bulls while honoring a former teammate and helping pull out a win for the Chippewas this past Saturday, Oct. 17.

CMU played their third conference game against the Buffalo Bulls, who entered the matchup with a 2-3 overall record on the season, at Kelly/Shorts Stadium.

Kroll performed well, finishing with over 100 yards receiving and a touchdown in a dominating win for the Chippewas. He led the team in receiving and helped the offense run over the Bulls’ defense throughout the entirety of the game.

CMU is back on track and looking ahead to their game against Ball State University while keeping the spirit of Nash alive on the field.