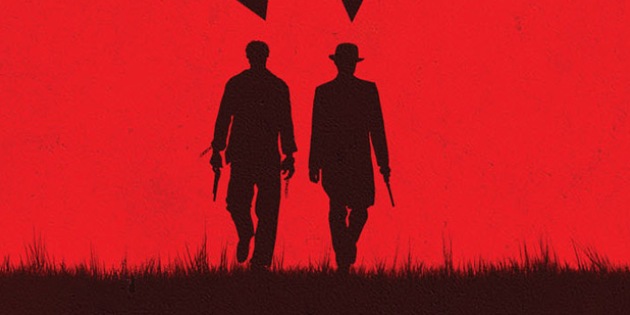 When Quentin Tarantino releases a movie, it’s a true cinematic event. Tarantino has successfully entertained audiences for years with his unique directing style and his ability to tell a story in an intense and colorful way. “Django Unchained” possesses all aspects of a Tarantino movie, thus providing some of the best fun of 2012.

Southern slave Django (Jamie Foxx) is freed by bounty hunter King Schultz (Christoph Waltz). They team up to rescue Django’s wife, who they find out is owned by Calvin Candie (Leonardo DiCaprio).

“Django Unchained” is the wildest adventure in cinema this year. The witty dialogue alone is worth the ticket price. The action scenes are some of Tarantino’s best work since Uma Thurman faced off against the Crazy 88 squad in “Kill Bill Volume 1.” There is a considerably high amount of violence, but it is balanced off with many moments of hysterical humor.

The main reason that “Django Unchained” works is because of the stellar acting by a fantastic ensemble cast.

Leonardo Dicaprio and Christoph Waltz are the stars of this movie. DiCaprio plays the cruelest villain of the year by delivering a powerful performance as a malicious slave owner. It was fascinating to see the actor’s commitment to making the character so dark and hateful.

Waltz gives a performance similar to his Oscar-winning role in Tarantino’s recent revenge epic, “Inglourious Basterds.” He is an amusing character able to connect with audiences with his likable charisma. DiCaprio and Waltz have already received many nominations (including nods at the upcoming Golden Globes), and they are both very likely to face off against each other at the Oscars in the Best Supporting Actor category.

Samuel L. Jackson gives a dedicated performance as Stephen, Candie’s main house slave. Due to all the buzz and nominations that DiCaprio and Waltz have received, it seems that Jackson isn’t getting the deserved recognition for playing such a complex character so well.

Jamie Foxx also gives one of the better performances of his career as Django. Foxx has the ability to hold back his emotions and be vulnerable, but he also has the ability to be the brave, confident hero. This movie gave him the opportunity to display his range and he does a great job showing the evolution of his character throughout the entire movie.

In addition to this excellent cast, there are many gut-busting celebrity cameos along the way that add to the entertainment.

Quentin Tarantino does an excellent job of telling an epic onscreen story. The greatest enjoyment that comes out of his movies is the unpredictability of events. One cannot guess what can happen next or where the story is going. Tarantino is one of the few modern directors that can carefully craft an original, entertaining movie on a large scale.

Besides being a tad overlong, “Django Unchained” succeeds at being another cinematic success from Quentin Tarantino. The American Film Institute listed it as one of the top ten movies of the year. It has received five Golden Globes nominations and is sure to be a big player at the Oscars.