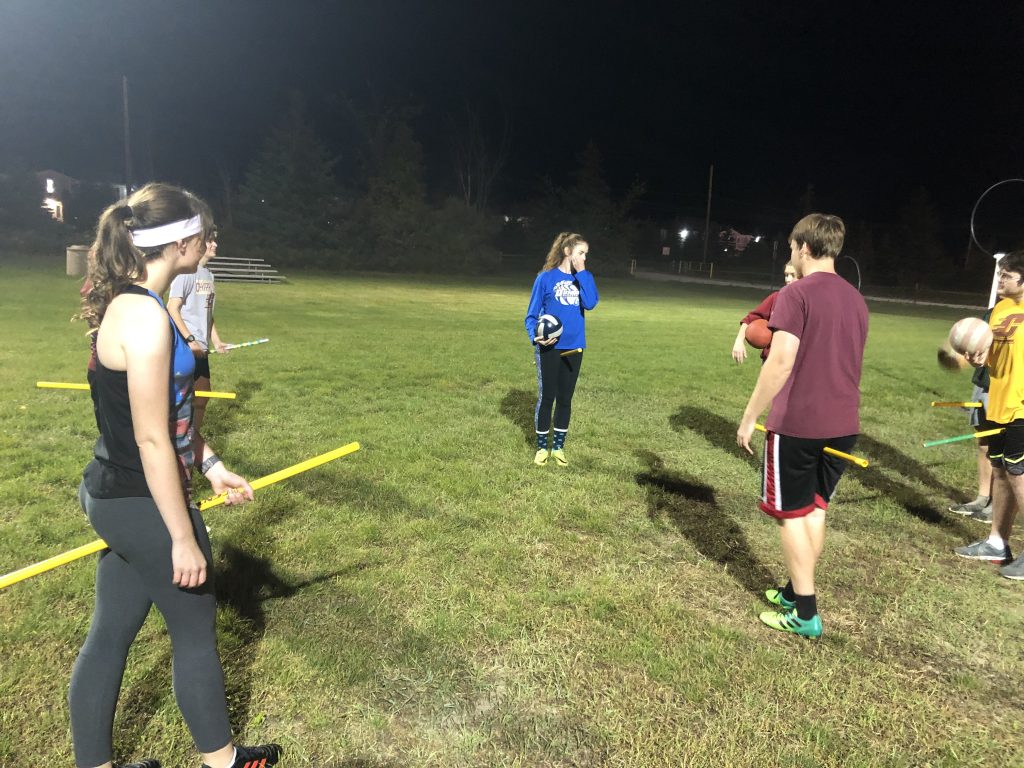 Quidditch, the fictional sport popularized by the Harry Potter franchise, has an increasingly popular real-world counterpart that has spread around the world.

Senior Trevor Baushke is the treasurer of the Central Michigan University quidditch team. “Basically, about ten years ago people watched Harry Potter and said ‘what if we made it into a real sport?’ and then people made rules, regulations, the USQ was made and now it’s basically a global phenomenon,” Baushke said.

The first rule of quidditch is to always carry your broomstick. “You can’t play wizard ball without a broom. That’s just common sense,” Baushke said.

In quidditch, each player must keep a broomstick between their legs when they are on the field. If a player lets go of their broomstick for any reason, they must run back to their team’s hoops before they can return to playing.

Along with the broomsticks, there are four balls used to play quidditch. There is one volleyball known as a quaffle. Players called seekers use the quaffle to score points in their opponent’s hoops. Two dodgeballs wielded by players known as beaters are thrown at players of the opposing team to strike them out. Players that are hit by the beaters must then dismount from their broomstick and run to their team’s hoops before they can return to the game. 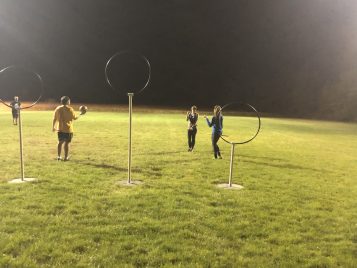 Lastly, there is the snitch which is a small ball that is attached to the waistband of a neutral player who runs out on the field during the 18th minute of the game. Whichever team grabs the snitch wins thirty points and the game ends with its capture.

Senior and team captain Kimberly Taylor says that she “definitely” recommends the sport to new players.

“Everybody is welcome to play. We don’t have like a tryout and no skill is required to join,” Taylor said.

In fact, according to Taylor, few people from the Harry Potter club have joined the team.

“I don’t remember anybody that is a member of the Harry Potter club,” Taylor said. “They partner with us for home tournament and typically do a bake sale or something.”