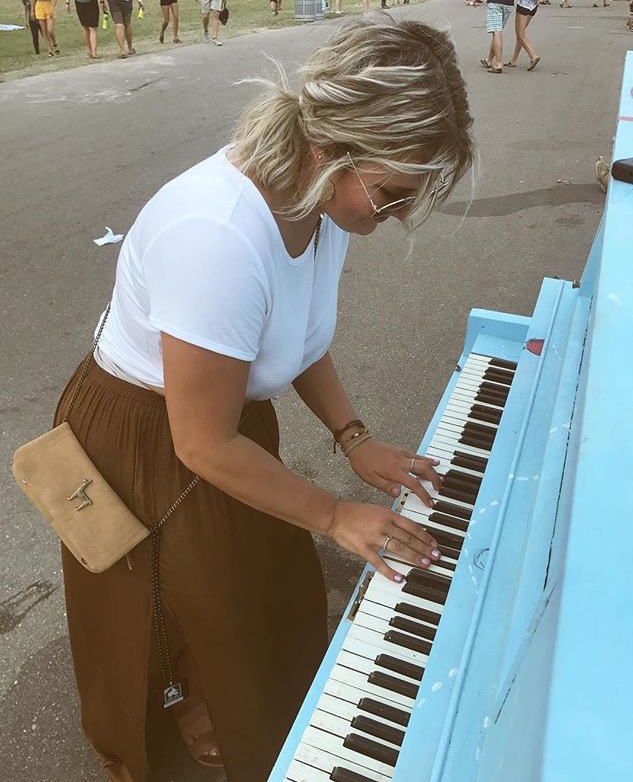 Whether you’re a student of the School of Music or not, you know music is a big component of the culture here at Central Michigan University. Junior Emily Greif is a part of this culture as an active singer, and ukulele and guitar player. A Gaylord native, Emily writes and composes her own music while also covering many different types of songs. Learn more about Emily and her musical roots below in Arts & Entertainment’s first Musical Spotlight of the year.

Grand Central: When and how did you get started in music?
I grew up around musicians. My dad has been in some sort of band my entire life, so it kind of just made sense that I started playing or singing too. I also took singing and piano lessons when I was younger.

GC: Do you compose any original music?
Yes, but it’s mostly just for me to perform. The one song I’ve written that has been performed by other people was in fifth grade. My entire class sang it at the Christmas concert at school!

GC: What’s your favorite music genre and/or artist?
I’m pretty eclectic in my music taste, but I think indie/alternative music would be the genres that inspire most of my original music.

GC: Do you have a song that you always love performing?
I always love covering “Riptide” by Vance Joy. It’s one of the first songs that my dad and I covered together where I played an instrument and sang at the same time, so it represents a big milestone for me.

GC: What do you do to keep up with your singing/playing?
No matter what, I always have an instrument out in my house or bedroom that I can pick up and play any time.

GC: Name one accomplishment you’ve experienced from performing.
Just the little things, like every time I learn a new song I feel like it’s a huge accomplishment. It’s also super gratifying to get positive feedback from friends on my original pieces.

GC: If you had any advice to a musician starting out, what would it be?
I would say just to keep practicing! The practice never stops, even once you learn how to play an instrument or whatever. Learning something new is never easy and almost always frustrating but once you get it down, the end goal is so rewarding.