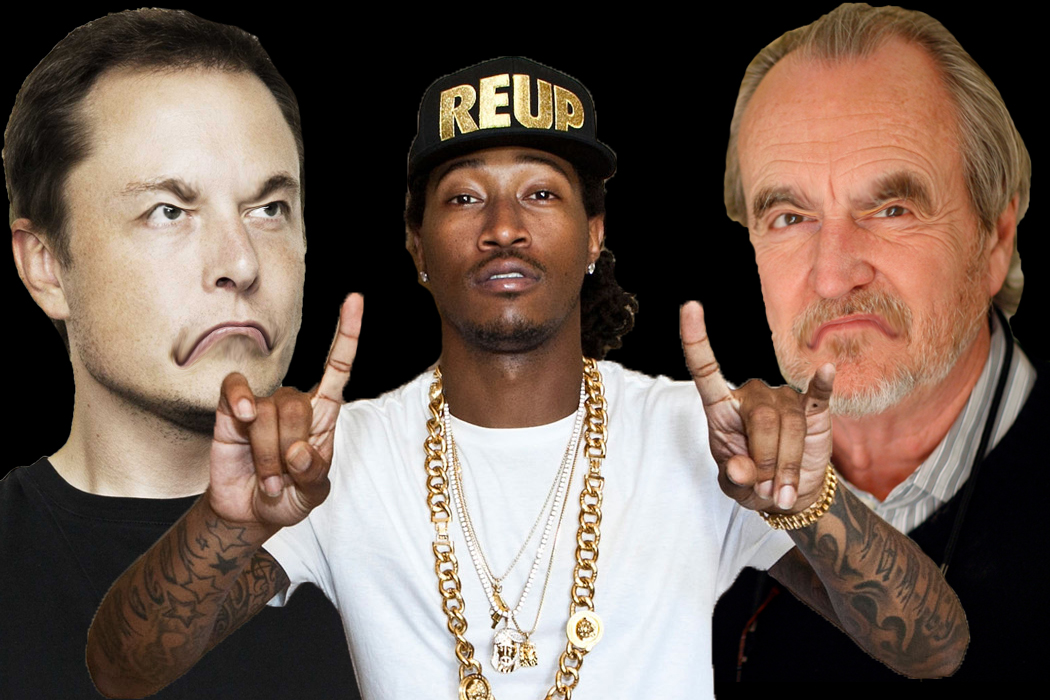 On Aug. 31, I woke up to the tragic news that acclaimed director Wes Craven had passed away. Craven had a huge impact on my life, directing some of my favorite horror movies of all time, including “Scream,” “The Hills Have Eyes” and “Nightmare on Elm Street.”

But on that Monday morning, was the death of this legend the top story? Certainly not, probably not even in the top five. No, no, the top stories were “OMG VMAS!” “OMG KANYE FOR PREZ 2020” and finally, “OMG MILEY SO WILD.”

This is not news, this is nonsense.

The heroes that my generation commonly look up to absolutely baffles me. It was at this moment that I came to a sad realization: I have practically nothing in common with the average 20-year-old college student. I am a 30-year-old trapped in a 20-year-old body.

Note: I’m not trying to say here that I am better than or more mature anyone in my age group, rather my interests differ.

To start out, the music. There are some popular songs that I’ll get down with, but that number gets smaller and smaller with every new viral hit. I thought “Gangnam Style” was bad, until I heard “Harlem Shake.” I thought “Watch Me” was an insult to the nation, then I heard “Hit the Quan” and “White Iverson.” Unfortunately, something worse will come along next – history shows it.

There are a few exceptions to this (I get down with Fetty Wap!) but what confuses me is that these songs don’t just get popular because they are bad or funny – they wouldn’t be this successful if they were. Tracks like these remain on the Billboard charts because people actually like them, and often the biggest demographic is that 18-25 section otherwise known as my generation.

Furthermore, my two favorite genres of music, Country and Hip-Hop, have become my least favorite in recent years. With Hip-Hop, you have “artists” like Future, Rae Sremmurd and Young Thug shouting nearly incomprehensible lyrics about getting money, slinging drugs and stealing your chick. It’s boring and repetitive.

Even more sad is what has happened to country music. A new genre has started up these days, one that I have begun calling “Bro-Country.” It’s exactly what it sounds like, a bunch of bros who essentially talk about the same things that rappers talk about. Replace the fast cars with big trucks and drinking heavily and once again, stealing your chick. The only difference is that it’s said with a softer Southern twang to pass it off as soft and trustworthy, which is even worse, at least rap music is being honest.

Again, this isn’t necessarily the fault of college kids. Record labels and artists are writing and producing the content. However, we are the ones buying the songs on iTunes, playing the music loud at house parties and going to their concerts.

The biggest barrier between myself and the average 20-year-old has to be who we consider heroes and what we consider entertainment.

I have had a few guilty pleasures over the years (Jersey Shore was an awesome TV show, I will not lie) but I implore anyone to tell me what is the appeal of Kylie Jenner.

Elon Musk, Christopher Lee, Bernie Sanders, these are heroes to me, not Kylie. The whole lot of the Kardashian and Jenner clan are a plague on society in my opinion. I’ll overhear people talking about “oh my gosh you won’t believe what Kylie and Kim said on Twitter and Instagram!” and I simply just shake my head.

So play the new Luke Bryan or Drake track loud while talking about what Miley is saying on Twitter. As for me, I’m going to be at home with some friends binge watching “The Nightmare on Elm Street” series.