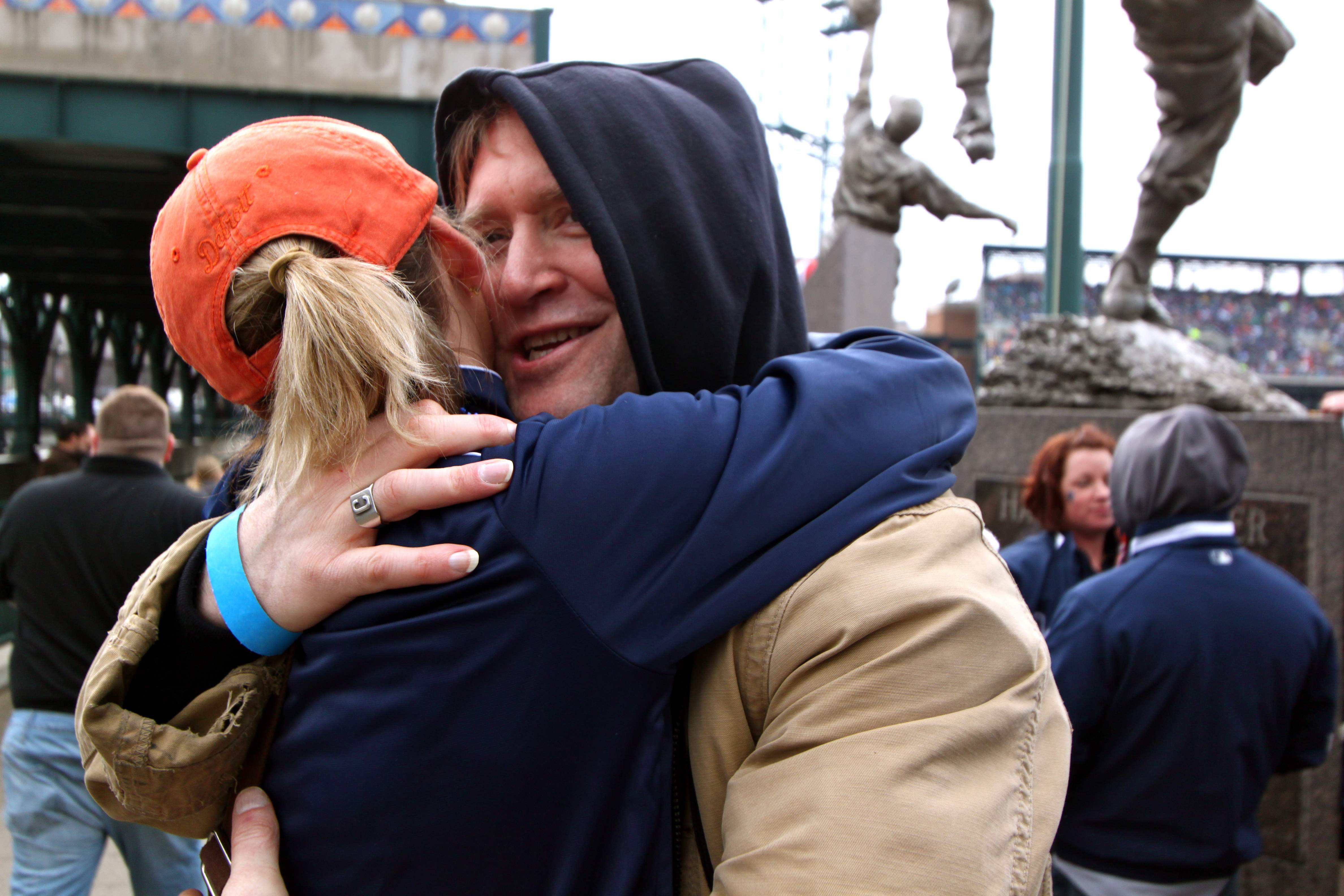 I haven’t had the privilege of walking the streets of downtown Detroit more than a handful of times in my life, so doing so on the Friday of Opening Day no less was quite the experience.

Baseball does something to people– it promotes unity and it promotes division. It endorses the inkling that spring and summer are not too far down the road. It means greener grass, the finest dirt money can buy and finely tuned athletes with greased up mitts and pine tarred bats.

It means fathers and sons sharing a moment over a ballpark hot dog and a glass of root beer. It means mothers and daughters, brothers and sisters, friends and confidants.

This game and this day means a lot to plenty of people, especially in the city of Detroit where things haven’t always been pretty, but the citizens have always forged ahead with moments and days like this one as their guiding light.

As I talked to people about their Opening Day thoughts and memories of baseball past, I got the feeling that this day meant a lot more than just kicking back a few beers and throwing their inhibitions to the wind.

Don’t get me wrong, there was plenty of that, but at the same time there were 50-year old brothers from Canada making the trip for their first Opening Day. There was a couple celebrating their engagement and upcoming marriage; a local man showing his support both in his physical appearance with a decked out jersey and hat with strategically placed Tiger and Major League Baseball related pins, as well as emotionally on his proverbial sleeve as he stressed the importance of Opening Day and Tiger baseball as it pertained to the city he so dearly loves.

Baseball may just be a sport but in times like these, it means a few hours where the hardworking people of Michigan get a chance to admire poetry in motion. The sport reveals a little beauty in stressful and somewhat debilitating times. Major League Baseball and the city of Detroit have each had their moments of doubt with steroid scandals, labor strikes, mass layoffs and economic downturns, but each have found a way to survive and relish in what has always been there; the core of their existence.

For baseball it will always be the purity of the game and for the most part, the juiced up sluggers of the last two or so decades are a thing of the past. Pitching and timely hitting again rule, as team’s average run support has gone down considerably in the last few years. All of these things have helped baseball find its groove again as it competes with the National Football League as America’s favorite pastime.

As for the city of Detroit, its core and its backbone will always be the people who walk its streets. The blue collar mentality of a town that, while struggling, will never give in to hard times. This city and this game were meant for each other, one lending to the other in a mutual bond that undoubtedly makes a good day a great one.

Opening Day: Beauty and baseball in the Motor City from Ryan Nielsen on Vimeo.