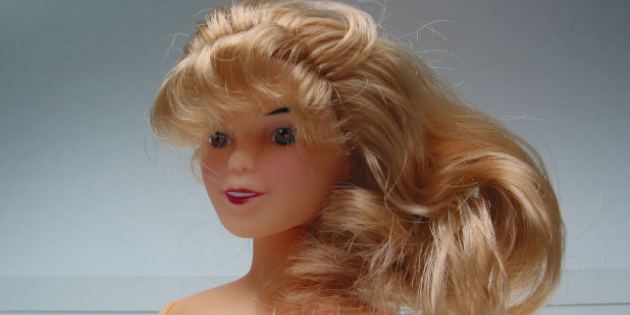 There is something very peculiar and disheartening occurring in our country right now and it is a considerably larger issue than most are giving credit for. It seems that critics and writers all over really love to make fun of pop musician Taylor Swift. They aren’t doing this because they think her music sucks, or even because they think she is another annoying, self-important pop star. They are doing it because she is a woman. Ladies and gentlemen, welcome to the era of “slut-shaming.”

As a man, it probably feels disconcerting to a lot of readers that I am concerned about this topic. After all, what does this really have to do with me? I have never met Taylor Swift, nor do I endorse the kind of fawning over celebrities that our culture likes to partake in so much. As a side, I do enjoy her music. But this really isn’t about that. This is about something so much bigger than simply liking or disliking her.

For those that don’t know, “slut-shaming” is a brand of misogyny that criticizes women by targeting their sex lives. I have seen a number of memes, articles and other mediums making fun of Taylor Swift for her (apparently large) number of relationships. It might seem funny to some, but it is actually quite sexist. By encouraging and continually posting this kind of stuff, we are, in fact, also encouraging hatred towards women in our culture.

We live in a world where men are commended and given a slap on the back when they sleep with a ton of different girls. Besides the obvious double standard, this also fuels rampant sexism. We don’t live in a sexually repressed world anymore. We have been liberated for a long time now. Women and men should have as many partners as they want, and this should no longer be an issue. So, why is it?

Amy Poehler and Tina Fey made comments about Swift’s relationships at the Golden Globes and Swift responded with, “There’s a special place in hell for women who don’t help other women.” Her retaliation, despite being a bit overblown and hyperbolic, is actually just a cry out for support. Shouldn’t women, or anybody for that matter, discourage these types of attacks, rather than perpetuate them? Rather than seeing Swift as some brat who is complaining about being made fun of, her words should be taken fairly seriously. Yes, she has millions of fans. Yes, she sells millions of albums. It doesn’t make this issue any less problematic.

Swift isn’t the only one coming under attack. Lately, there have been countless examples of women being treated unfairly and cruelly.

Len Dunham, creator of the HBO show “Girls,” is one such example. The show, one of the best on television, has been heavily criticized for its gratuitous nudity and sex scenes, as well as for the self-absorbed characters. These critiques are ludicrous, regressive and weightless. Nevermind the fact that not everybody has an ideal body by our cultural standards. Nevermind the fact that most of the great shows that have aired on television, such as “Seinfeld” and “Arrested Development,” feature excessively unlikable and arrogant characters.

It may be wrong to presume every vocal critic of the show is a misogynist, but it is very hard not to. If the show was about a bunch of womanizing men, it would not receive this kind of flack. If Lena Dunham had a slender, curvy physique, people would keep their mouths shut about the nudity.

And what about those Oscars?

People were making a fuss about the Oscars this year over Seth MacFarlane’s jokes, but what about the objectification of women on the red carpet? Or the Academy consisting of mostly male voters? Or the consistent lack of female directors in the running? Kathryn Bigelow, who clearly was snubbed because of politics, wasn’t even in the running for Best Director. Perhaps, though, her movie was too decisively feminist for the voters. It seems that everybody has grown so accustomed to this casual sexism that they dismiss it as ‘normal’. Surely, most people don’t find these things to be any kind of large-scale problem.

I know this isn’t really saying anything new. There have been countless articles written on this exact subject, and most of them articulate their points much better than I do. Somehow, though, this still isn’t getting enough attention, and so I will continue to speak up even if my voice isn’t the strongest. I can’t stand to see this kind of thing keep popping up and it makes me realize that the progression we’ve made on equality for women is somewhat overstated. Trust me, we still have a ways to go.