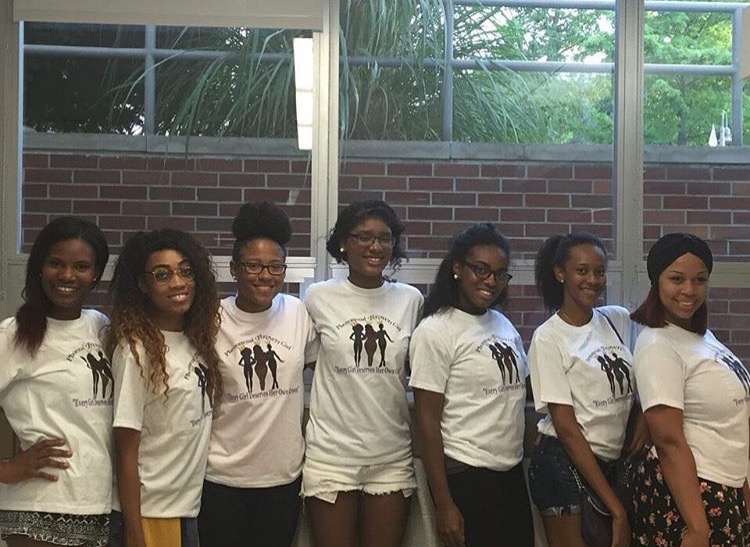 The goal of changing the name was to open the organization up to other races, said Ericka Magee, who is the current president of the RSO.

“It was strongly encouraged [by corporate] that we branch off from the organization because our location does not have a large amount of African American children, and that was the target market of Pretty Brown Girl,” Magee said. “So, Phenomenal Brown Girl was created in hopes to open the door to other races.”

Magee said she got involved with the organization because she wanted to be involved in something that would impact CMU’s campus and continue on for years.

Goals of the Organization
The organization’s mission is to empower multicultural women and recognize strong, successful women on campus.

“We also strive to mentor young multicultural women in hopes of making them feel comfortable in their skin and encouraging them to grow into successful women,” she said.

Magee said she hopes the organization will have the opportunity to collaborate with more organizations and have larger events. Though the smaller events are family-like, she said, she would like more people on campus to get involved with the organization.

“I see PBG going very far in the future,” she said. “I hope to have more events that are open to more people, meaning that I don’t want other cultures and races feeling as if they cannot be a part of it because they are not of a certain race or background.”

Magee said by being involved in PBG, she has learned more about herself and caring for others.

“I have had people open up to me about personal life experiences, hopes, dreams and aspirations,” she said. “I would have never had this opportunity if I were not involved in the organization.”