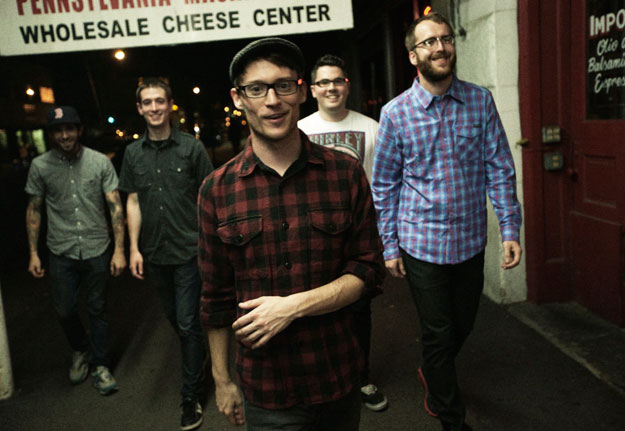 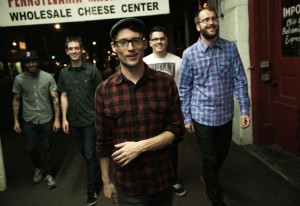 There’s a key element missing from a lot of bands these days. Heart. It’s not just in poetic lyrics but the music itself. If the listener can’t connect with the emotions of the musician then it’s probably not sincere. There is no lack of sincerity in Polar Bear Club’s newest album Clash Battle Guilt Pride.

Lead singer Jimmy Stadt’s vocals penetrate listeners with his raw emotion and vulnerability. His voice is not perfect and doesn’t pretend to be. He climbs and falls from soft melody to raspy border-line screams. A voice that tells listeners the lyrics mean something and that he’s probably smoked one too many cigarettes.

Clash Battle Guilt Pride is the second release from Bridge 9 records and the band’s third full length album together. It begins flawlessly with “Pawner”, a song with slow guitar and the occasional crashing cymbal as Stadt sings the reason for the album, “I gotta take my grab at something great.” That grab shouldn’t be too far for Polar Bear Club. All instruments are strong, but lead guitarist Chris Browne’s sharp solos, and drummer Tyler Mahurin powerful beats, demand the heat of the spotlight.

The album peaks in the middle songs that show the most radio and mainstream potential. Clash Battle Guilt Pride holds a higher hope for success than 2009’s critically acclaimed Chasing Hamburg for one reason: catchy choruses. The band’s most successful song thus far is “Living Saints”, a track that emphasizes chorus and focuses on Stadt’s lead vocals. The new album takes that into account, holding more songs to match and likely surpass the popularity of “Living Saints”.

In particular, tracks like the single “Screams in Caves” will echo amongst the youth as quality punk. “My Best Days” also stands out as exceptional on the album. It’s a song that should get a fan’s pulse racing and body jumping.

Polar Bear Club of Rochester, New York does not disappoint with this addition to their indie-punk resume. With raw vocals in catchy choruses, irresistible guitar and powerful drumming “Clash Battle Guilt Pride” delivers just as Standt sings, “the songs that play/In your heart like screams in caves”.