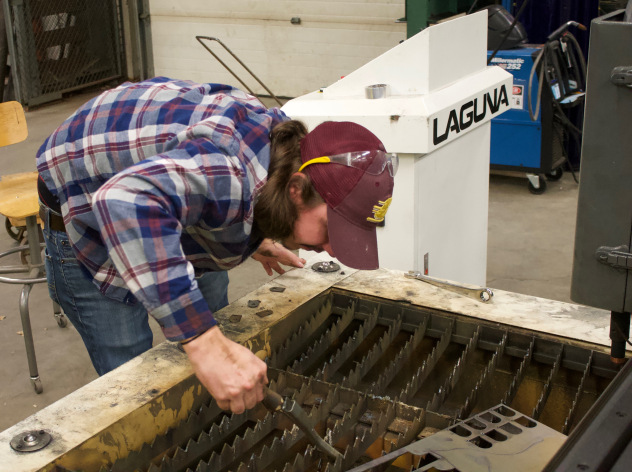 Inside of the Central Michigan University’s Chippewa Racing Team’s shop, piles of metal shavings fill barrels while machines hum as everybody works.

The shop is where the team builds and perfects its formula race car.

CMU’s Formula Society of Automotive Engineers Team was founded in the 2014-15 school year and has been competing since.

The CMU SAE Team is known as the Chippewa Racing Team. The team consists of about 30 students, a majority of which study engineering.

Junior Mark Rich, a mechanical engineering major from Dayton, Ohio, is the lead of the drive train and power train sub-team.

“We build a mocked formula one car that we compete with every year at a competition against hundreds of other schools from across the globe,” Rich said.

Rich said that he wants to work in the automotive industry after graduating.

“It is very degree-oriented,” Rich said. “I get to apply a lot of what I learn in the classroom to what I am actually doing in the club.”

The Racing Team also has a business side, which focuses on marketing, social media, sponsorships and media.

The business team helps raise money to fund the car and competitions.

The team has a goal of placing top 50 this racing season.

“This year we want to compete in the SAE sponsored race in California because of the experience it would provide,” Rich said. “It would be cool to travel across the country to race our car against over 100 schools.”