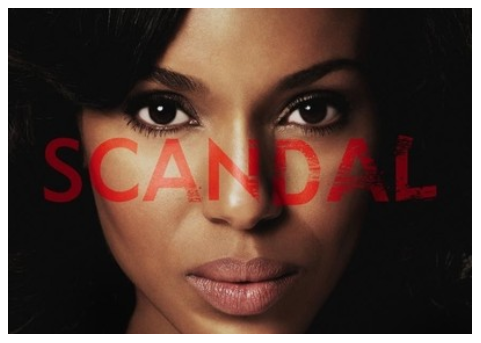 An explosive plot line made for an intense state of suspense in the winter finale of the fan-favorite show, “Scandal.”

With Papa Pope gone, everyone thought that life would be easier. But little did they know, he had their fates planned out like a game of chess.

The twisted and suspenseful nature of the finale did not go unnoticed, as more than 10 million viewers witnessed the destruction of Olivia’s mind after she realized she was the spitting image of her father.

Sadly, viewers were not the only people who noticed how Olivia’s actions replicate her father’s. Mama Pope – who was believed to be dead, but was actually locked away like Papa Pope’s most prized possession – was disgusted when she realized how much her crazy ex-husband influenced her only child.

And not in a good way.

As if Papa Pope’s concern for his daughter could not get any more touching, he appeared at her apartment with a collection of records and memories. Although he had to threaten her with a gun to get her attention, he very poetically began to reminisce about her life. This sentimental moment in the show almost convinces viewers that Olivia had a normal life.

But in true Papa Pope style, it was all a test. He set the gun down and continued to talk until Olivia picked it up and threatened to shoot. As she pulled the trigger, her father cried out, not because of physical pain, but because he was appalled that his own daughter would take his life.

To tie up all the loose ends after disappearance, Papa Pope decided to clean up the mess that he created and exterminate every assassin that has ever worked for B6-13, including Quinn, Huck and Jake.

Similar to “The Hunger Games,” he decided to coerce each person into killing the other, but instead of setting them in one place to haunt each other like Suzanne Collins’ hit, he gave each person a face card with the name of another on it.

Like always, there had to be a scandal – but this episode’s was one everyone saw coming. The sex life of Cyrus Bean was exposed, causing him to resign from his position (only to get it back after Olivia fixed the problem). Fitz and Mellie finally found out how conniving the vice president was. Mellie, who seemed more normal than ever, did not care that the VP was cheating on her with Lizzie Bear.

On the other hand, Fitz was a little too late when he found out how evil his running mate was, working with Lizzie Bear and the man who Quinn has been following the entire time. Mr. vice president knew what buttons to press in order to get what he wanted, which was war in another country.

The best part? All he had to do to get it was spill wine.

With terror in his eyes, Fitz knew what we all knew after seeing the red wine on Olivia’s white couch. The one question he could not answer was, “Where was Olivia?”

As usual, Shonda Rhimes most likely left everyone screaming at their televisions for more. Leaving viewers with unanswered questions, their answers hiding away until the series returns in late January.

One thing is for sure: Shonda Rhimes did an excellent job in the finale, as it was the most-watched drama for ABC during primetime. Though it had less viewers than the series’ third finale last April, this winter finale (along with episodes of “How to Get Away With Murder” and “Grey’s Anatomy”) allowed ABC to beat CBS for the highest viewership for the first time in 23 years.

With these numbers, it’s safe to say this cast knows what they’re doing, and audiences can look forward to more powerful performances in early 2015.