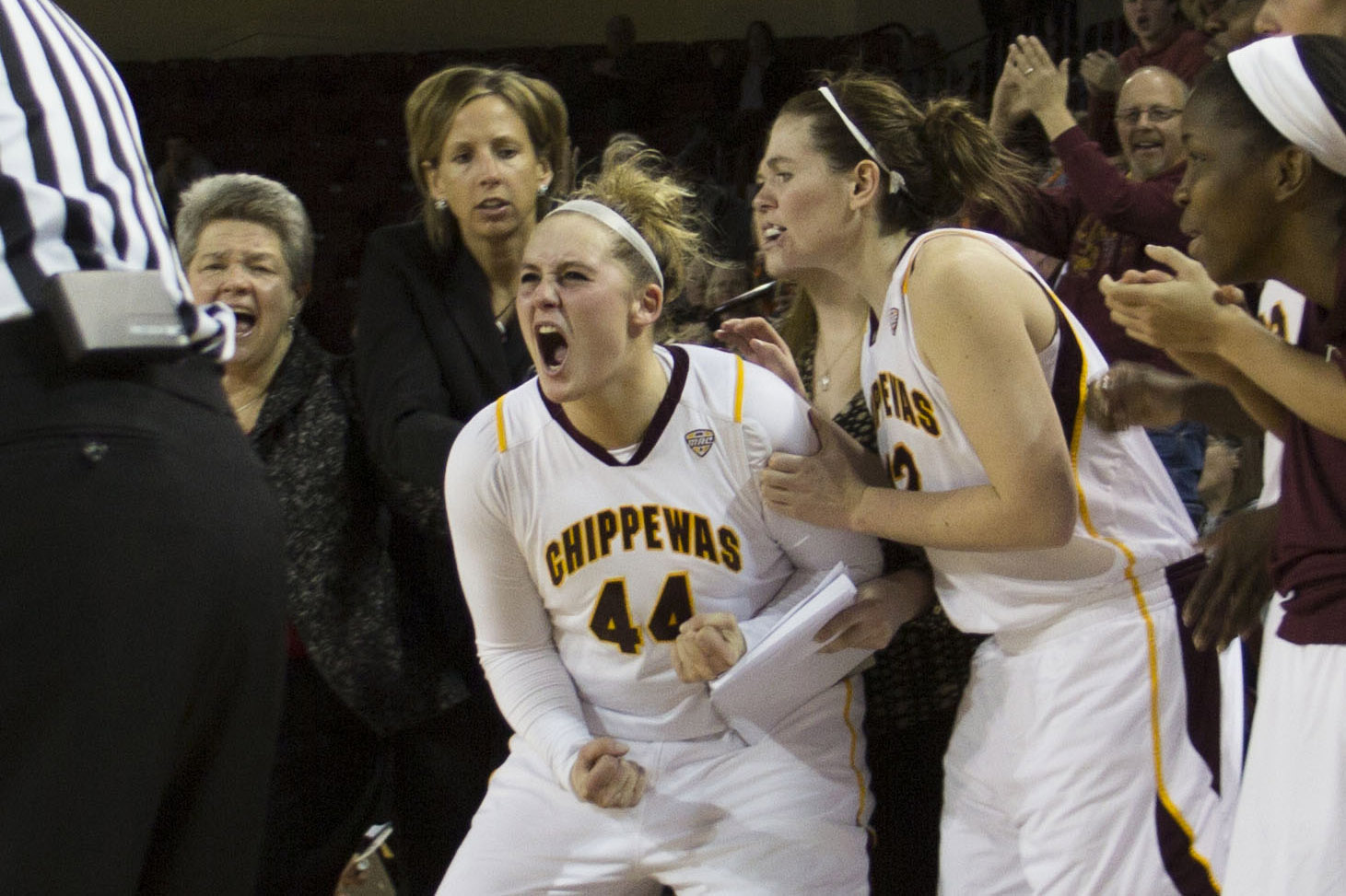 Senior forward Taylor Johnson helped her team result in a Chippewa victory with 12 points shooting 5 of 7 from the field. Johnson scored her thousandth career point during the game becoming the third player to do so this season. However, Johnson said she would rather take the win over a thousand points.

Head coach Sue Guevara said the team was turning the ball over too much and tried to make something happen that wasn’t there.

Guevara agreed that the team has been playing more like a “second half team” this year but thinks if she prepares a halftime talk before the game things will change due to how well Central bounced back in the second half.

“I thought we did a better job of passing the ball,” Guevara said. “I thought our defense really spurred our offense and we were able to get layups inside.”

Due to the high level of effort and energy both teams were putting in the second half, the game went into overtime with a tied score of 70-70.

In overtime, Central ranked in quick and easy points with the help of Green scoring a mid-range jumper, Cotton with a a lay-up and Bradford with a free throw.

Guevara said the difference in the last few minutes of the game, which gave Central another home game win was the defense and pressure her players put on the other team.

Junior guard Jessica Green led the team with 23 points and was 10 of 14 shooting from the field. Junior guard Crystal Bradford contributed 13 points and 15 rebounds while sophomore guard Da’Jourie Turner added 14 points to the game.

Guevara said she thought the play of Johnson, Turner, and Jewel Cotton, who contributed 12 points for the team, was huge for getting the win.

Guevara said she thought Johnson did a good job by rebounding the ball and bodying up against Bowling Green forward Alexis Rogers, who was the team’s leading scorer with 20 points. Guevara also said she was happy to see Johnson reach her thousandth career point.

“I thought she was really pressing prior to this game,” Guevara said. “But you know I watched her in warm up sand her three ball was going from the top where she really likes to shoot it and when she got in, we already had our three penetrations. And she was open at the top and it went in and I said ‘Thank you God’ because that was her fifth one, she had a thousand now and she can just play.”

Guevara said the success of this game would not have been possible if it wasn’t form the help from her Assistant Coaches Raina Harmon, Heather Oesterle and Andrew Wodrich who helped her manage the game as well as give suggestions throughout the game.

Johnson also makes the point the team wouldn’t have been as fired up without the support of the fans or who Guevara calls the “sixth player” of the night that came to Saturday’s contest.

“I love them and it builds us up when we’re at the game,” Johnson said. “When we hear them cheering and we hear the roar on that floor, especially for me, I get hype. I get so excited.”

Johnson said she would love to see the fans bring that same level of hypeness on the road when they play against other schools because it helps them out a lot.

“We have a great home crowd, but if we could get that home crowd to come and travel with us that would be awesome,” Johnson said.

Central Michigan will travel to Ohio to play Kent State on Wednesday, Jan. 22.