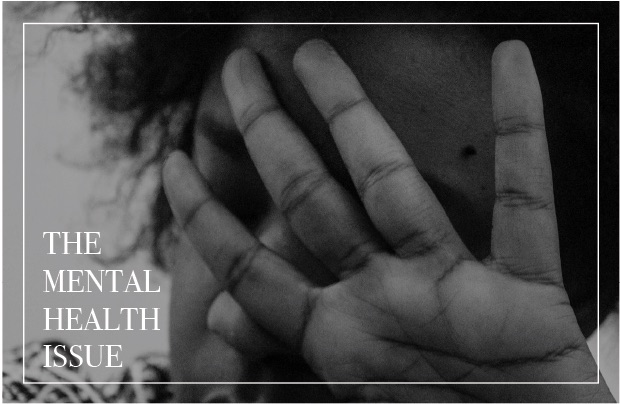 Story and Photo by Amy Cain

“Thank you!” I replied to with a cool smile.

My hair had a nice volume and my lips were a plum chic color, but internally, I was screaming.

What my professor didn’t know was that before I boarded the bus for the academic tour, I had an anxiety attack. Within those last 48 hours, I had multiple episodes of continuous crying. It was too normal.

It was then I knew that my emotional instability was invisible.

The Invisible War
It was the fall semester of 2015 and I was at war with myself.

The battle with myself reached its peak while I was a fourth-year student. It was the year of figuring out my purpose, while trying to be somebody important. Core classes were wearing me down, in addition to running around to different organizations and events to build my resume.

I was trying hard to fit alongside my peers who seemed to succeed like butter.
Those type of peers who are consistently placed on a pedestal in your academic department, with a resume and accomplishments that could beat the size of the Bible.

I have consistently been a B student my entire life. It felt like it was never enough and that I could never be as good as the A students. Especially being a fashion major, there is a lot of pressure to be the most creative and on another level of mental insanity. The battle of who will get recognized for their work is constant.

It constantly worried me that everyone was succeeding and I would going nowhere.

All of this planted in my brain for the year of 2015, but nobody really noticed (except my mom, of course).

However, people didn’t notice because it was masked.

Opening Up to Others
Wearing a mask in front of people consistently creates a strain that feels tighter and tighter as days go by. Attending a stressful class trying to keep it together is one thing, but the addition of hanging out in a safe zone with friends with a mask is unbearable. Opening up to trusting people you surround yourself with takes a load off.

I started to open up to my roommates about my anxiety, which was awkward, honestly, but lightened the load.

It got a little better, but not much until I opened up to my friend with tears flooding my eyes at Kaya Coffee House. I was just so overwhelmed trying to make something out of myself while balancing school.

As the seams of my soul finally opened, she understood. She too, opened up about how she had a similar situation with mental health and how she found help in CMU’s counseling services. Then I felt I wasn’t alone. I finally felt what it meant to be human.

CMU’s Counseling Center
I had experienced counseling a few times before, but it was scattered throughout the years. I knew what I was going through was a mixture of anxiety and a long history of low self-esteem. I knew I had symptoms for a long while, but I just beat myself up more by saying “Just get it together, Amy.”

I didn’t participate in self-harm and didn’t have suicidal thoughts so I would say, “Well, I am not enough to go to counseling – people have it worse.”

The sad thing is that it seems mental health isn’t taken seriously until suicidal thoughts and self harm become present.

At the end of the brutal, but successful semester, I took that brave step and scheduled a counseling appointment. I had an effective venting session with my counselor who listened to my thoughts and feelings.The counselor just sat and listened, which feels weird because I was always the one who observed and listened to others (hence my interest in journalism).

Counseling is not a quick article to read and then you are healed. Counseling is a consistent guidance of resolving personal and conflicting issues within.

I continued campus counseling bi-weekly for the whole spring 2016 semester and it guided me to positively change my point of view about myself.

Understand Yourself
What we don’t realize is that taking time out to understand yourself is important. Especially as college students who spend a majority of our time on academics and trying to get the attention of future employers, we tend to beat ourselves up to mold it into success, calling it “tough love.”

Go easy on yourself this week, and try giving yourself some real love. We all struggle, and no one is expecting you to be perfect.