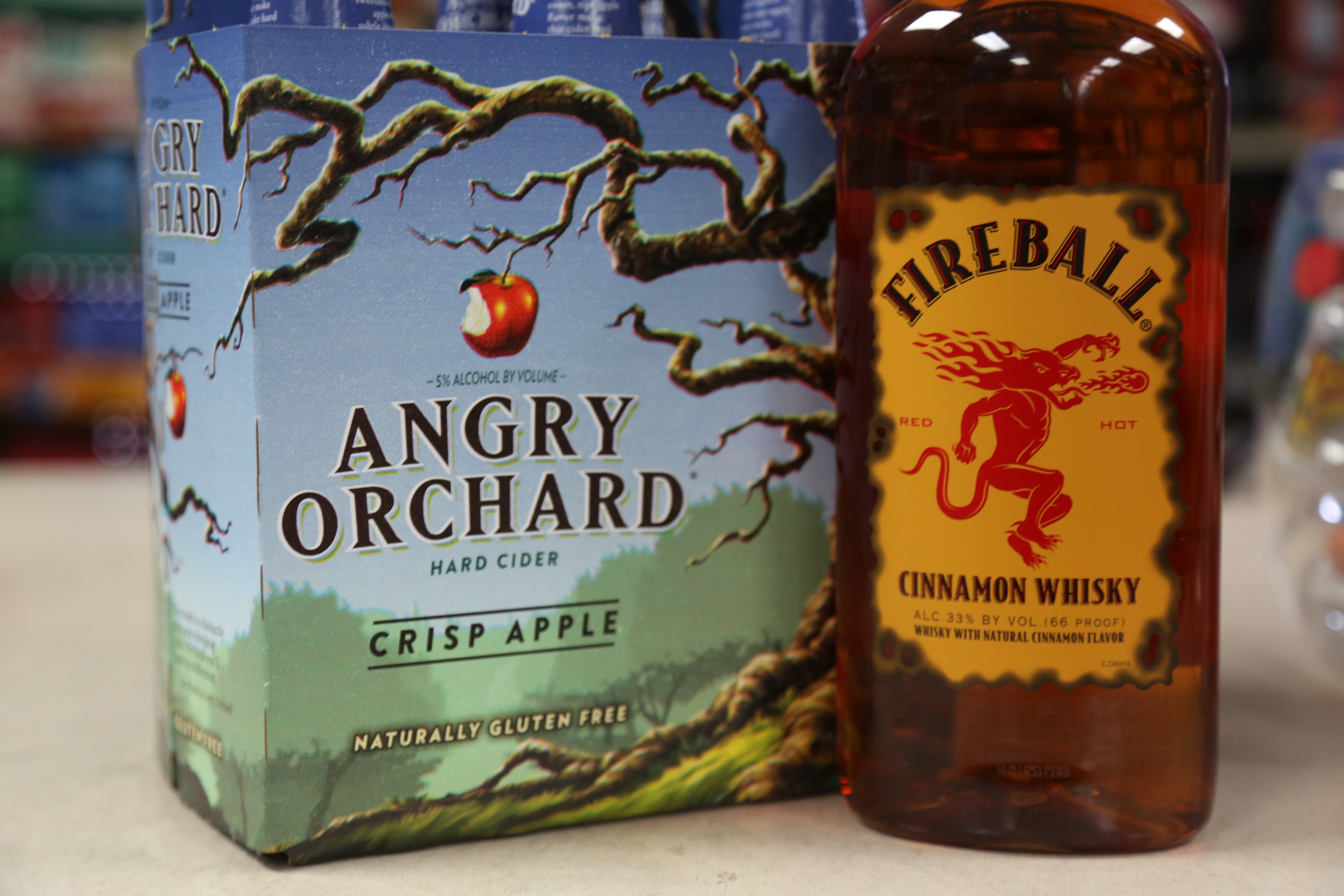 As the leaves begin to change color, college students make the shift to new fall-friendly drinks.

Angry Orchard Hard Cider mixed with Fireball Cinnamon Whisky makes for the perfect combination of sugar and spice for upcoming fall tailgates. But what’s even better is this creative concoction can be mixed into a cocktail, shot or even a bomb.

1. Pour one bottle of Angry Orchard Hard Cider into a 12-ounce glass with ice.

3. Stir the ingredients for a tasty fall mixer.

2. Top off the shot glass with ¾ of Angry Orchard Hard Cider.

3. Then, cheers with your friends and down it as you would any other shot.

2. Then, fill a 1-ounce shot glass with Fireball Cinnamon Whisky.