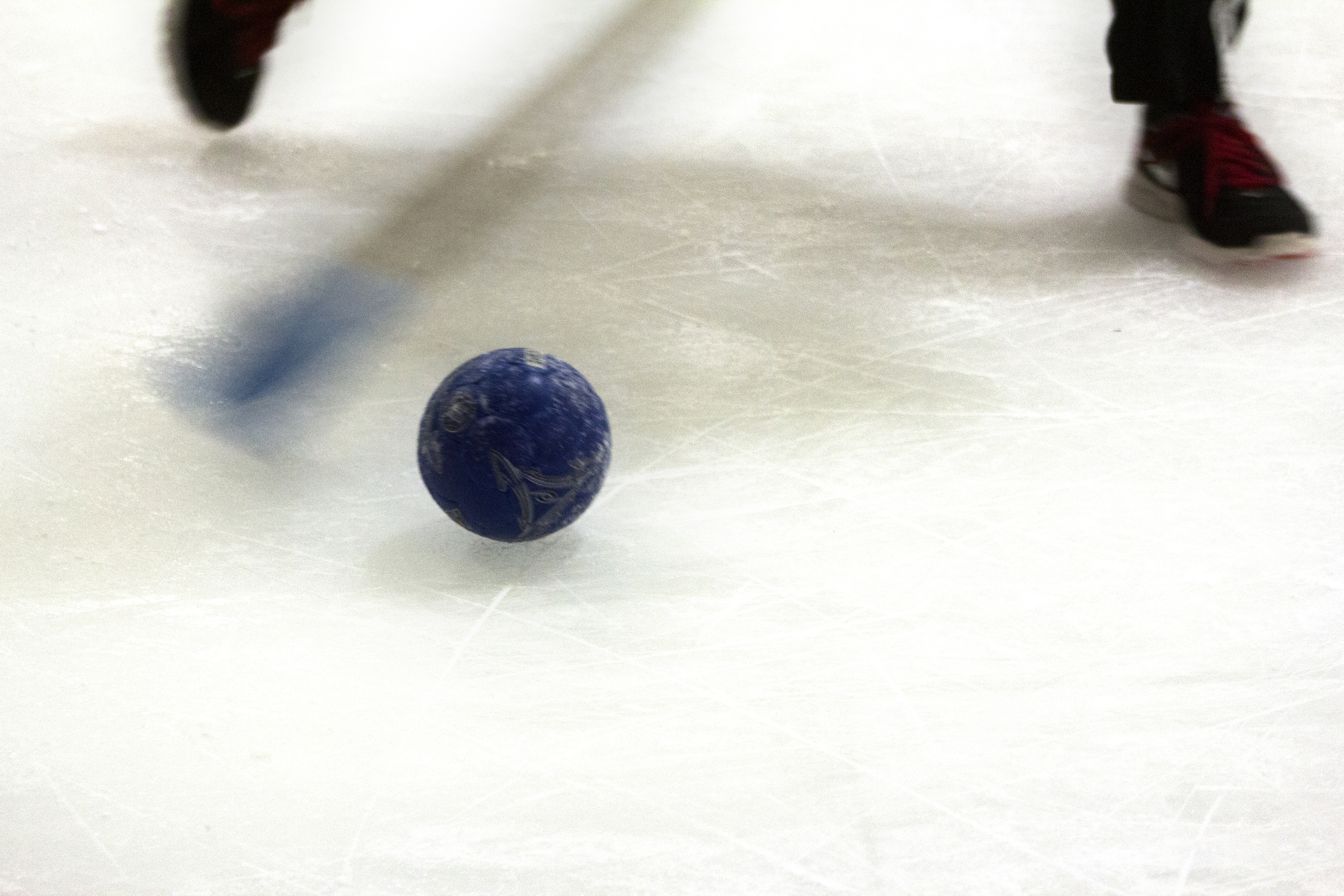 Fresh off of their win in the intramural broomball championship, team Cookis-Dankus is excited to celebrate their victory for the second year in a row.

What began as a hobby for Grand Rapids senior and team captain Colin Ludema transformed into a team sport and a bonding experience for him and his close friends freshman year – which is how Cookis-Dankus was formed.

“My church used to always play in the winter,” Ludema said. “Then I heard about it on campus and I couldn’t believe they actually have a league here, so I told everybody in my dorm and we got a team together. Everybody loves it.”

Ludema has been playing with the majority of Cookis-Dankus since starting college, but has filled out the team with other great players along the way, like his teammate and friend, Portage senior Ryan Jankowiak.

“This core group has been together for the last two years,” Jankowiak said. “But probably half of our team has been playing together for four years.”

For Jankowiak, the joy of broomball doesn’t just include the fierce competition, but a little humor, too.

“I think as goalie, it’s pretty fun to sit back and watch people fall and try to run on ice because I think our team plays a lot faster than most,” Jankowiak said. “On most teams, you will see someone slowly jogging and then just completely eat it, so it’s kind of funny to watch.”

The team’s established and their goals for each game are consistent. But one thing is still unclear: Where did the name Cookis-Dankus come from?

Turns out, it doesn’t really mean anything.

“It doesn’t really mean much,” Ludema said. “It’s just made up words that are funny to us.”

Cookis-Dankus’ overall record this season was 6-0-1. They had one scoreless tie, with a total of seven teams in their league.

Their team strengths are what got them the coveted championship title for the second year in a row.

While many argue that practice makes perfect, Ludema attributes his team’s success to their unbreakable bond.

Being great at the game doesn’t hurt, either. And bringing home a second championship solidifies the legacy that is Cookis-Dankus.

“The playoff runs are so much fun – it’s really tight out there during those games,” Ludema said. “All of the teams are going all out. Everybody is so happy and when you get that win, that would probably be one of my favorite parts.”