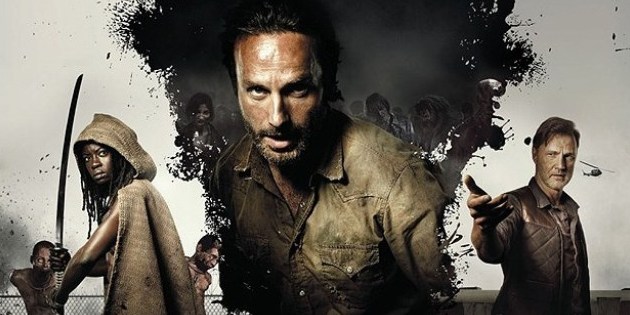 It has been a long and grueling wait for die-hard fans of the comic book-turned-television show, “The Walking Dead.”

But it is back and better than ever.

The series centers on a small group of survivors in rural Georgia who are trying to survive a post-apocalyptic world overrun by zombies, or “walkers.” Executive producers Frank Darabont and Gale Anne Hurd aimed to show audiences the group’s gradual departure from humanity as the plot moves forward. With each death, like that of Dale (Jeffrey DeMunn), the moral fiber of the group begins to change and anarchy ensues.

“The Walking Dead” franchise began as a graphic novel by Robert Kirkman.  After boasting critical acclaim, it was then adapted into a television series on AMC. It has since received more than 40 nominations and eight awards for its realistic effect.

As humans, we cannot help but feel compassion for the characters as each one has lost someone close. Even if it is a fictional show, viewers enjoy watching how the characters will play out each hurdle they encounter.

Through the violence, gore and death that hinder the survivors, “The Walking Dead” offers aspects of hope that shine through the blood and guts. This gives viewers a speck of possibility that everything will be OK, that the group will survive the “walkers” to find love and happiness once again.

The season three premiere starts with what is left of the seasoned group ransacking a house to find food and supplies. Lori (Sarah Wayne Callies) is pregnant and nearly due.  During the episode, she thinks her unborn baby is stillborn and may turn into a “walker” while it is inside of her.

The main group of survivors find an abandoned prison with some straggling “walkers” in the courtyard. After eliminating them, the group finds a place to live inside the prison walls. While exploring the layout of the prison, Hershel (Scott Wilson) is bitten by an undead and Rick attempts to save him.

The premiere closes with Daryl (Norman Reedus) raising his cross bow to a noise in another room. Just then, another group of what seems to be convict survivors appears. One of convicts says, ”Oh, my God,” which could mean two things: they couldn’t believe another group of survivors made their way into this prison, or that they might know who Daryl is. Daryl has had trouble in his life previous to the infection of “walkers” in the world.

Season three is off to a great start, claiming 10.9 million viewers in its debut. The only thing lacking is a clarification of timelines between season two and the beginning of season three, although there is a vague explanation about when the period of time was. It would have been nice to know some kind of reference of time that had passed, however.