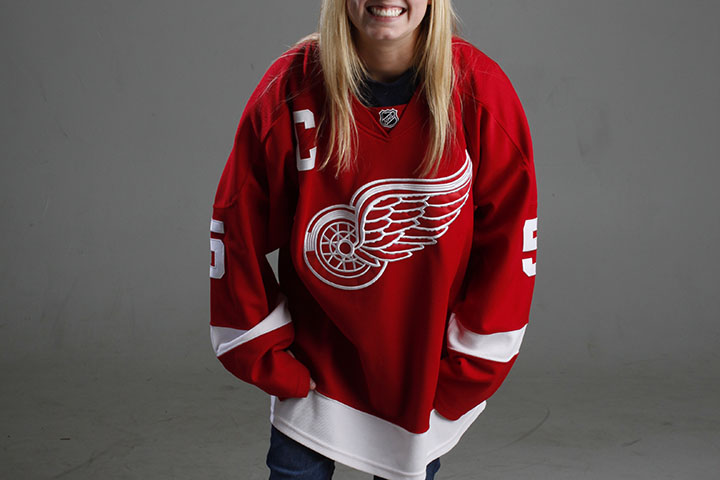 With hockey season officially underway, fans everywhere will be looking at how their favorite teams rank among the rest. Aside from the goals, the fights and the victories, another great aspect of hockey is the jerseys. Out of 30 teams, these 10 have the most stand-out jerseys:

When it comes to the Colorado Avalanche, the team’s logo is unique and can’t be found in any other sport. The Avalanche jerseys also have an unusual color combination that works very well.

The Lightning has jerseys that are blue and white, black and blue, and various combinations in between for their franchise history. The jerseys are always nice in contrast to their interstate rival Florida Panthers. The ‘Bolt’ emblem has also changed quite a bit over the years, for the better.

This classic color combination of black and yellow is hard to top. The Bruins “B” is synonymous with success and toughness as the team, even when it struggled for a few seasons in the 2000’s, has always been tough. The jerseys reluctance to change has been for the best. True Original Six jerseys.

The LA Kings have a perfectly simple style. The black and silver of the Oakland Raiders, who were in Los Angeles when the Kings changed from their purple and gold jerseys, means the team is going to be physical. Much like the Bruins, the simplicity works, nothing too flashy and a color scheme that everyone in the the Staple Center loves on game day.

The logo on the flyers jersey makes it one of the coolest. With a vintage look and a bright, clean color scheme, it’s hard not to like what you see. The Flyer fans have loved the jerseys since the championship teams of the late 1970’s. The black and orange is a mainstay in Philadelphia.

Although the Carolina Hurricanes are one of the more overlooked teams in the eastern conference of the NHL, their jerseys have remained red, white and black since the team’s inception to the league.

The NY Islanders haven’t been the powerhouse team that they were in the 1980’s for quite some time, but the jerseys haven’t change, and the fans love it. Blue and orange might remind some people of Aquafresh toothpaste, but for the Islanders die hard fans, it reminds them of the team who brought the cup to Long Island all those years ago.

The Canucks have changed their jerseys quite a bit in the 40-plus year history of the franchise, but the jerseys most fans think of when discussing the team are the blue, green, and white sweaters that simply say “Vancouver” across the top. Although the Canucks aren’t an Original Six team, the jerseys have a classic feel to them, showing the city and the logo underneath.

The colors and design of the Sharks’ jerseys are some of the best in the league by far. No matter what the logo is, it is bound to look good with the unique color of the jersey. The Sharks’ logo has been synonymous with hard hitting, fast skating and, in recent tears, playoff appearances.

These uniforms are as perfect as it gets. The stripes are simple and the logo is one everyone in sports history will recognize. The logo, the winged wheel, has been a symbol of champions for decades, even when the team went through down periods in the 1970’s. The wings have had this design for so long for a reason. Why? Because it works.