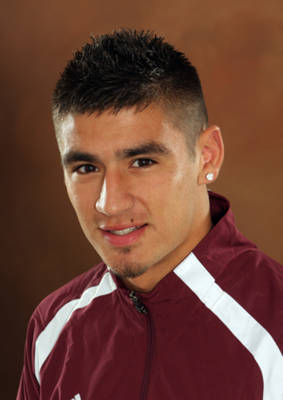 My name is Kevin Bacon; I am a member of the Central Michigan track team and this column is the first of several about the Central track team from my perspective.

We are not just a bunch of kids, who like to run in a circle, which I’m sure is contrary to what some people may believe.

In our sport there is no team to lean on in competition, in most cases its just one person out there fighting for the entire team.   There is no one to blame but yourself if you make a mistake.

People don’t really understand the amount of preparation it takes to be a track and field/cross country athlete.  The cross-country team is in-season, and it has its middle distance running about 50 miles a week with sometimes 12 miles in a single day.

I’m sure this seems like a lot to the average reader but that is much less than the long distance runners.  On our team, our runners run between 100-105 miles a week, sometimes running 18 miles in a single day.

I know that when most people think of impressive athletic performances, they think about a receiver having a 100-yard game or a basketball player dropping 40 on an opponent but when you think about it, how many of these athletes could handle running for 18 miles straight?

That is just an average day for a cross runner. I’m a runner on the team and these numbers even blow my mind.

The reason I’m coming up with this concept is to show you to the best of my ability the things you may not think about or get a chance to see.  I’m just trying to get our name out there and market our team.

It’s understandable why we don’t have many followers, it’s not like you can just go out and buy season tickets to a cross-country/track and field season.

In my eyes, Coach Willie Randolph is building an army.  For this reason and this reason alone, I believe that people are going to eventually respect us a lot more.

He along with the help from the upper-classmen and new recruits are going to be the core of this movement.  It will get exciting, I promise you that.