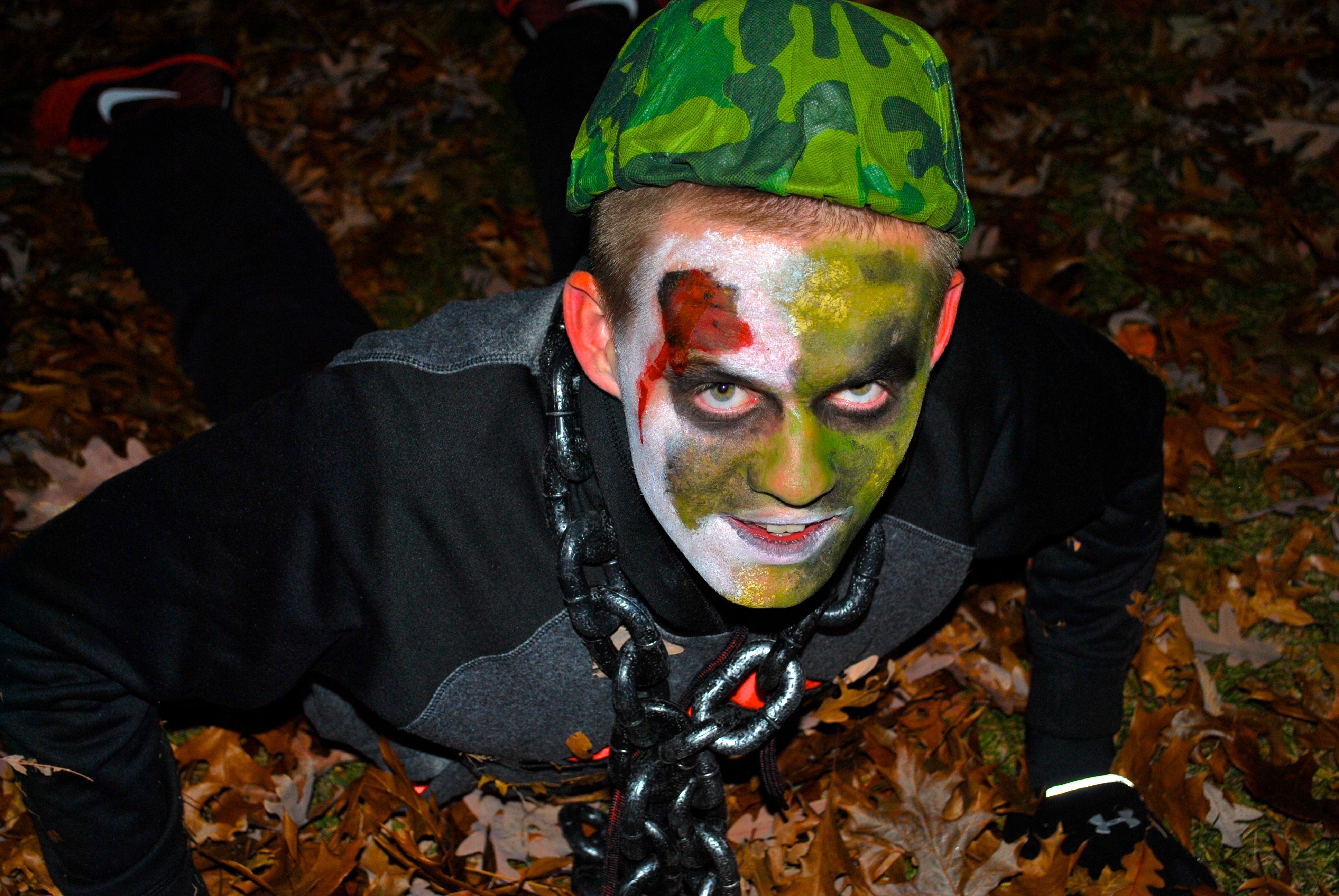 Central Michigan University held its annual fall tradition, Legends of the Dark, to raise money for Trout Hall and to scare students as Halloween quickly approaches.

Sophomore Ashley Berthaume volunteered with Legends for the first time and took tickets at the door.

“We see a lot of freshmen who have no idea what they’re getting themselves into,” Berthaume said.

The hosts of legends saw an average of 200 students a night with their goal to reach at least 500 students for the three days the haunted tours run. According to Ann Krzyzaniak, the residence hall director of Trout, the tour hasn’t been this busy in the last seven years.

Students are taken on an hour-long tour starting at Warriner Hall. They travel through a majority of north campus before ending in front of the Bovee University Center. Thirteen tales are told throughout the tour and student volunteers hide in bushes, recycle bins and in trees to scare students along the way.

Freshman Valerie Dynda was one of the unfortunate few the scarers picked on the most.

“I thought (the tour) was going to be a joke, but it kind of scared me a lot,” Dynda said. “Everyone kept jumping out at me.”

The scariest moment for Dynda was when the tour  walked across the Finch Fieldhouse football field. A volunteer was dressed in black with a suit similar to the Rubber Man from American Horror Story. She said he was impossible to see until he was right beside you and screaming in your ear. However, she did enjoy the story about Emily dying at her piano and finding the piano-shaped garden between Powers and Barnes halls.

Senior Michael Fenner said he was genuinely scared when the tour group went down into the pit that leads to the tunnels that run beneath campus.

“There was a satanic looking symbol down there,” Fenner said. “And I didn’t know if they put it there themselves or not, but it was creepy.”

The symbol in question was actually a devil’s trap from the television series Supernatural. It traps demons so that they cannot move outside the circle unless it’s broken, meaning students wouldn’t have to worry about the devil showing up.

Freshman Garrett Ritterhaus was also on the tour for the first time. He loved the tour and said he would definitely go again next year.

“It was really awesome hearing all those stories,” Ritterhaus said. “I didn’t really know much about the history of CMU, but actually learning about the scary things that have happened here was really interesting.”

Ritterhaus enjoyed the story of the Barnes ghost the most because he lives in Barnes and had a personal connection to the story.

Freshman Emily Mick and sophomore Mia Mannella were both volunteers for Legends. Mannella was volunteering for a second time as a scarer and a security guard. She had volunteered last year and had had such a great time that she came back and did it again.

Mick was volunteering for the first time as the final tour guide who gave the students caramel apple suckers for surviving the tour. Mick said she wanted to volunteer because it sounded like a fun experience.

“I like being behind the scenes more,” Mick said. “I thought it would be a great opportunity for me to step outside my comfort zone and get my feet wet and see how it is.”

Mick also enjoyed telling the final legend of the tour because it freaked the students out.

“I’m the last section, so they’re already freaked out a little bit,” Mick said. “So when I tell them the second part about Caroline (the ghost of the graduate student housing, formerly Barnard Hall) still being with us, they’re a little on edge because they don’t know where she’s at and they try to find her.”

Mannella enjoyed being out on campus at night and finding new spots to explore.

“You’re seeing a different aspect of campus,” Mannella said. “When I was a security guard, there were some spots I found that I didn’t even know existed.”