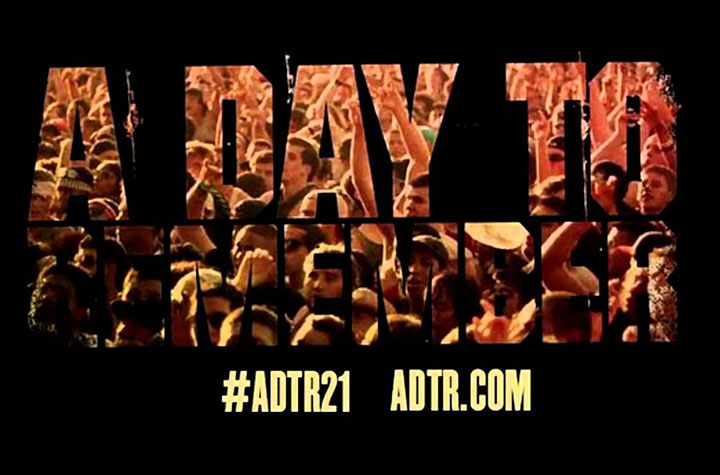 A Day To Remember, known for their song “The Downfall of Us All,” released their anticipated album “Common Courtesy” on Oct. 8 through their website

The album was announced in May of 2012, and fans have held high expectations due to such a long wait. “Common Courtesy” should not disappoint, as this is A Day to Remember’s best album yet. It does not take any drastic turns and stays true to the band’s sound.

The album begins strong with a nostalgic number in “City of Ocala.” It has a good vibe and the usual strong beats that A Day to Remember normally provides. For people that love their hometown, this song will hit the spot. Everyone came from somewhere, and the opener nails that on the head.

One of the cool things about the album is the first song leads right into the next. This may become confusing, but “Right Back At It Again” really shows its difference from the opener.

The drums and guitar are stronger, but it is still very catchy. The small little snippet of beat boxing near the end, and the dramatic tempo increase, drive the song.

The bridge of the song is the most powerful, as it suddenly slows down and pleads, “I want to be a better person/I wanna know the master plan/ Cast your stones, cast your judgement/you don’t make me who I am.”

At some point in life, people are ridiculed and judged for the who they are. These lyrics will resonate with people who feel this way, and it is extremely powerful.

“Dead & Buried” is quite similar and contains the usual ADTR combo. It could even be a song to work out to and can definitely get a person pumped.

“Best Of Me” is the track for someone who just got out of a bad relationship and instead of being mopey, they’re just angry. It has a lot of emphasis on the feeling of not being good enough for a certain person; something a lot of people face.

The album slows down with the first acoustic song “I’m Already Gone.” It is beautifully done and could fit very well into in a romantic movie.

The seventh track on the album is the single that was first released on Dec. 21, 2012. “Violence (Enough is Enough)” is very metallic and dark and a very strong choice for a first single. It prepared fans for the strong album to come.

“Life @ 11” is the best track on the “Common Courtesy.” Everything in it just goes so well together and the lyrics are again, relatable. The guitar solo near the end reminds one of Paramore or Set Your Goals, but ADTR makes it their own.

Probably the most powerful song on this album is “End of Me.” It may trick listeners into thinking that it’s going to be an acoustic number but the tempo changes multiple times. The lyrics and the creative way the instruments are used in this song make it powerful. When listening to this track, so many feelings will be brought out. It’s beautiful.

The album ends with a nine-minute song “I Remember,” which looks back on the band’s journey together. The length of the song is due to the conversation at the end. It’s funny hearing them laugh about things in the past, but it was not necessarily needed.

The album can be bought now on A Day To Remember’s website. It can be bought in stores and on iTunes on Nov. 25 but is available for pre-order on iTunes.

This is a self-release by the band, and they have really shown they can release an amazing album on their own.