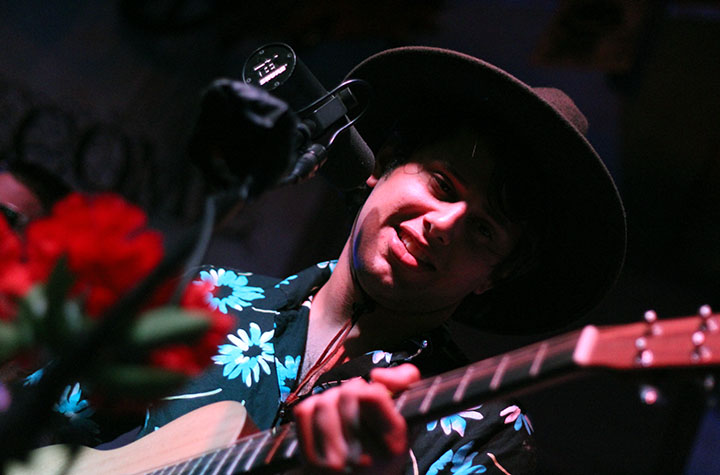 Local bands graduate and become successful when you aren’t going to their shows just to support your friends or the local music scene. When you’re going to actually listen to the music because it sounds good, they’ve done it right.

This was exactly the case with all the bands that played Hunter’s Ale House on Thursday, Oct. 17.

Detroit natives Flint Eastwood made their way back up north once more after playing Midwest Fest last month, and they brought more or less the same show. Save for an Eminem cover, everything was fairly the same. That’s not to say it wasn’t enjoyable because it absolutely was. But after hearing somewhat of the same set a few weeks ago, I would have liked to see different material. Frontwoman Jax Anderson brought the same wild fury she doted before and made the crowd get down on the floor once again. The first time was interesting; the second time was a bit much.

Joe Hertler and the Rainbow Seekers started out in Mount Pleasant years ago, and have since gone on to grow in popularity. Fresh off a show with Phoenix, they made their way back to Hunter’s for what was the best show I’ve seen at that bar yet. The band has progressively gotten cleaner and produced a better sound each time I’ve seen them perform. It also seems that every time I see them live, they’ve added a member to their band. This time it was a saxophone player who made a huge difference and changed their sound in the best way.

The crowd seemed to be enjoying all of the music, as well. Joe Hertler had almost everyone dancing toward the end, and Flint Eastwood successfully got everyone in the bar to get uncomfortably low to the ground. My only complaints were the early set times and the short sets. I would have liked to see a little more of each band.

Although I’m still bitter about all the shows I want to see migrating from Rubbles to Hunter’s, the quality and selection of music has made the drive worth it.