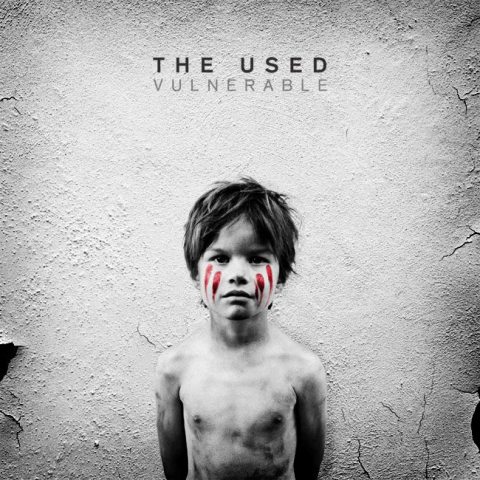 In 2009, The Used released Artwork under the Warner/Reprise label, an album which is considered by many fans and critics to be its worst. Soon after the album’s release they left their former label in order to create their own and team up with Hopeless Records, forming the Hopeless/Anger label. The Used then immediately began working on its most recent release, Vulnerable, which may leave much to be desired from those who were fans of earlier albums including The Used and In Love and Death.

The Used identify with a genre of music that is dying. The sheer number of punk-pop-rock bands has been in rapid decline, with The Used being one of the few remaining. This may have been something the band realized as the unique musical sound of Vulnerable is as distant from any of their previous work as possible. In several of the tracks, namely “I Come Alive” and “Hands and Faces,” listeners will hear what have become the all too common sounds of the trending dubstep and electronic rhythms. On the track “I Come Alive,” the dubstep and electronic beats are seamlessly integrated, giving the track a little something extra. “Hands and Faces” is one track on the album that may irritate listeners more than any other, especially if you’re a fan of Bert McCracken’s voice. This track is not only flooded with the electronic beats, but the band also decided to add an effect to distort his vocals.

Aside from the addition of dubstep and electronic rhythms to the background of some of the tracks, the core of the band is still largely intact. The Used is often referred to as one of those bands we used to love in high school, but all too often can be left behind in those yester years. Those fans still craving the angst and youthful revolt that was so common in their previous records is back and as strong as ever. “Shine” is a prime example. This track will give any former Used fan a sudden rush of nostalgia. It reeks of the angst and energy that can be considered the cornerstone of the band. “Shine” will remind many fans why they fell in love with The Used in the first place.

Lyrically, the band doesn’t stray far from its traditional formula. They simply add a little anger, some heartbreak and finally a little bit of revelation. This isn’t a terrible thing, however. The theme and general message is not all that different from the former albums, but if it’s not broken, why fix it? McCracken still sings every verse with that same passion and energy that longtime fans have grown accustomed to. McCracken delivers wonderfully on every track, but he does an exceptional job on “Moving On.” The track starts off soft and as it progresses both the vocals and instrumentals gradually become louder and faster. McCracken and the instrumentals fuse together wonderfully on this track.

The album itself almost seems split in two. The first half is filled with the heavier and more aggressive tracks, while the second half is softer and rather calm. The exception to this is the track “Kiss It Goodbye,” which interrupts the slower songs with its fast upbeat tempo. Immediately following the track, the remainder of the album becomes much slower again.

Overall, Vulnerable delivers much of what fans of The Used have come to expect. While the use of dubstep was not always optimal (such as in “I Come Alive”), it adds a truly unique flavor. The band has still managed to keep what makes them unique intact and also successfully experimented with new sounds in some parts. True fans of The Used will still fall in love with a number of the tracks on Vulnerable.