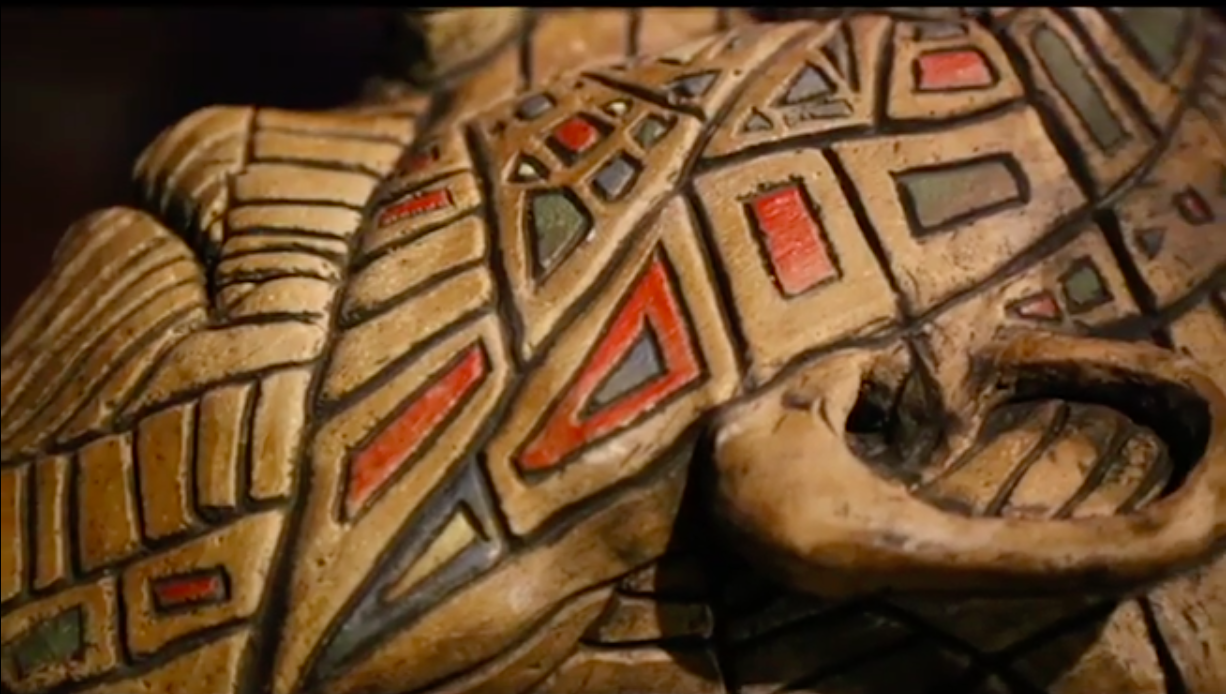 At a Tree Love Collective event, you expect to see vendors who display their own unique clothing and accessories, but in between the pretty pendants and funky patterned fashion, you will find Brett Sauve, who creates something more personal, unusual and overall, remarkable.

Brett Sauve, 25, graduated from Central Michigan University in 2013 with a Bachelor of Applied Arts in ceramics.

When Sauve first came to Central Michigan, his plan was to major in science education with a minor in two-dimensional art.

Although he was doing well in his science classes, it didn’t take long for him to realize this wasn’t what made him happy. Sauve began putting more emphasis on his art classes, and this was his turning point.

“A friend of mine told me that I should take a ceramics class. I tried it, and after three weeks into my first class, I switched my major to ceramics,” Sauve said.

At first, Sauve was unsure of what direction he wanted to take with his new found interest. He made pottery, small sculptures and experimented with different ideas. When the process started to click, Sauve began to make things that he liked with the left over clay he would have from class projects.

People started to notice his creations and wanted a piece of their own. This paved a new path for Sauve and he began crafting custom pieces, which he would sell to his friends.

Sauve has always drawn faces. In high school, he used to draw realistic portraits, which later changed into surrealist work. It wasn’t until he met ceramic artist Mark Chatterly, who advised Sauve to take the drawings from his sketchbook and apply those to his sculpting, that he started making ceramic faces.

Sauve’s motivation for his sculptures come from events that happen in his daily life. His vision derives from anything that can generate emotion.

“A big inspiration for me is my emotions, my feelings, what I’m going through. My artwork will have a lot of markings on it, a lot of carve marks, and to me, that symbolizes the marks that people leave on your life.”

It requires a great deal of patience working with clay. It takes about 30 minutes for Sauve to make a basic mold of a face, and the carving process can take days, sometimes weeks, depending on the project.

This summer, Sauve has plans to move to Detroit. Within the next year, he hopes to display his work in a non-traditional gallery.

I see myself making art – I don’t want to stop.