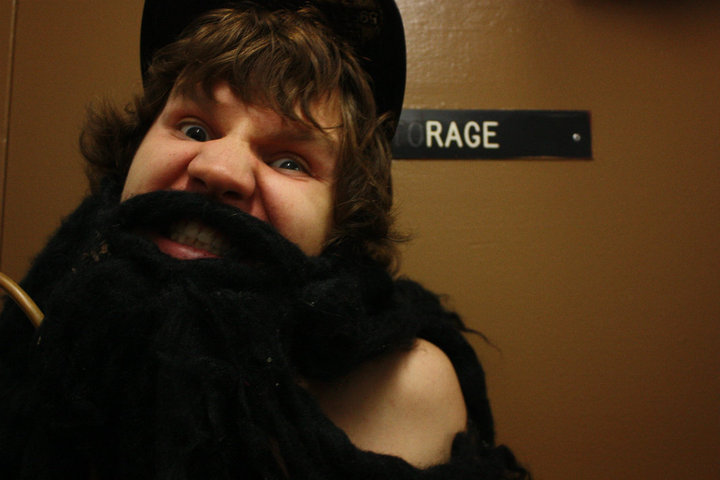 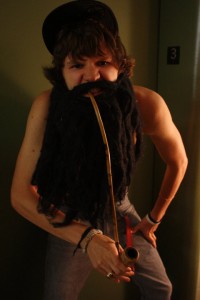 From traveling to collecting rubber ducks to jamming to Bassnectar, Spencer Grubbs is one unique Central Michigan University Student. His normal activities can include anything from taking a leisurely ride on his bike to smoking from his (now lost) castle-shaped pipe and even typing up a paper on his real, working typewriter.

Upon entering Grubbs’ dorm room, one can see his and his roommates’ 3D art, including Arizona beverage cans and Frankenberry boxes taped on the wall. All of these items are on display in the “Lounge,” aka the main room, where “maximum comfort at all times” is mandatory and donations are expected. Once inside his room, one may first notice his typewriter if it is out on the desk or his “VIVA MEXICO” sombrero resting on a ceiling pipe. It’s clear that he is a simple man who lives for fun and freedom.

Grubbs is a self-proclaimed material minimalist, he believes in living on as little as he needs. Because of this philosophy, he never wants to own a house, he’d rather rent. He learned the philosophy from his father, who plans to sell his home and rent a place somewhere warm when Grubbs’ younger sister graduates. He also sold his car and got rid of his cell phone this past summer. He felt that those things were no longer necessary to living life his way.

“[A cell phone] is another material thing that ties you down and like a house. It ties you down because you’re always connected to something, in this case people,” Grubbs said. “I do have my good confidants, everyone has their confidants that you discuss what you’re thinking, but I don’t need a phone to get in contact with these people. It is definitely not a regrettable decision.”

Grubbs’ favorite thing to do is explore and travel. He’s been to more countries than he can even name or remember and he even keeps journals of some of his adventures.

“You know big events, bad events, whatever, but journals for traveling, which I recently started when I went to L.A. for volunteer stuff with the Red Cross,” Grubbs said.

He knew a man named Uncle E. from his time in Italy and when he went to California for the Red Cross, he met up with 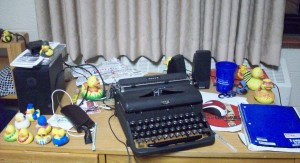 Uncle E. who showed him a good time and gave him a few small moleskin journals.

“They’re pocket-sized, they look really cool and it fits right in my back pocket,” Grubbs said. “Perfect for on-the-go writing.”

Grubbs also got to go to England for his tenth birthday and visit Ireland for three weeks last summer for a sociology class. He ended up staying in Europe and backpacking alone for three weeks after. In the beginning of his trip, a friend from his class ended up on his plane and invited him to visit some of his Dutch cousins in Tilburg, Netherlands. Grubbs said he got a true Dutch experience while with them.

“It was a great five days, two-day festival with like worldly music. His cousins and his cousin’s friends were fantastic,” Grubbs said.

He enjoyed his five days there so much he is studying abroad in the Netherlands for the spring semester. Grubbs is not afraid to go out alone on his own adventures and really dig his hands into his surroundings. He makes no plans on trips; he just goes where his feet lead him. Grubbs doesn’t believe in being bound or tied down in any way and would rather backpack alone and investigate a set of abandoned ruins than any cheesy attraction. He actively avoids mainstream spots when traveling and castles are one of his favorite things.

“Specifically I like ruins that aren’t really like a tourist attraction,” Grubbs said. “I don’t really like this tourist thing for money for cash, and then screwing it all up in the process. Leave it alone, have no one around, that’s a good castle to explore: ruins.”

Grubbs, castle explorer extraordinaire, points out that cloudy, rainy days are the best for castle exploring. He believes that’s the only time castles can be experienced authentically.

As an early birthday gift, his parents gave him a castle-shaped, one-of-a-kind tobacco pipe. Sadly that pipe is now lost and even though his parents agreed to replace it, Grubbs can’t help but mourn the loss of the unique piece of art.

“Got it for my birthday, lost it before my birthday but nonetheless they’re looking into getting me a new one,” Grubbs said. “It’s not gonna be the same because these Turkish pipes are hand carved. I mean like honestly,  if you would think about it, if you find that on the ground, honestly I think we’d all be quick to pick it up.”

Another thing that Grubbs enjoys are ducks. Grubbs’ love of ducks began when he was young and was given a stuffed duck animal. His junior year he received a rubber duck he dubbed “General Quacks.” The General sat on his dashboard and rode along to watch out for potholes.

“He did a modest job,” Grubbs said.

Over time, more and more ducks came to accompany the General and soon his duck gifts became a sort of collection. Now Grubbs has more than 200 ducks, some tucked away and only some out on display for guests to see in his bedroom.

Grubbs, now a junior, is preparing for his trip next semester. He’s excited to be leaving Michigan once again. Who knows what else lies ahead for Mr. Grubbs outside of Central, more adventures, more explorations? All that can be said is that no matter what, Grubbs will follow his gut.

“If things are meant to be I kind of believe that whole thing because it’s been working out my whole life,” he said.