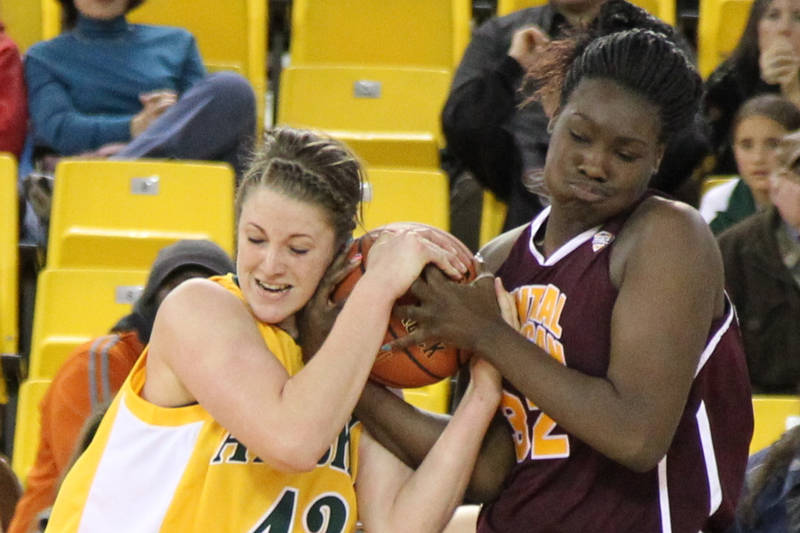 The Central Michigan women’s basketball team used strong defense and a double-double from freshman Crystal Bradford to recover from a first half brawl and secure a 67-53 win on Wednesday at McGuirk arena.

Following two straight losses, the team was looking to get back into the win column in a big way. The win was, as head coach Sue Guevara put it, “a confidence builder, to get back on the winning streak.”

One thing Guevara did not comment on was the fight that took place in the first half between Central forward Jas’Mine Bracey and Ohio forward Porsha Harris. While play was going on at the other basket, Harris and Bracey got tangled up and exchanged several punches, clearing the benches and stopping play. Despite the best efforts of coaches and officials, the fight grew with the involvement of the benches.

After the sides were separated, officials convened for 15 minutes before ejecting both players involved in the initial fight. Attempts to contact players for comment after the game were turned down by Central Michigan Athletics Communications personnel, who also issued a statement detailing the official position of Central Michigan University regarding the incident.

“Central Michigan University, the athletic department and our teams stand for the highest degree of sportsmanship. Any of our student athletes who do not adhere to this standard will be held accountable.

“The incident will be reviewed by the department and by the conference office. Until that process is done and we clearly understand what occurred, it would be premature to comment any further.”
Central will return to action this Saturday when they host Bowling Green at 3 p.m.