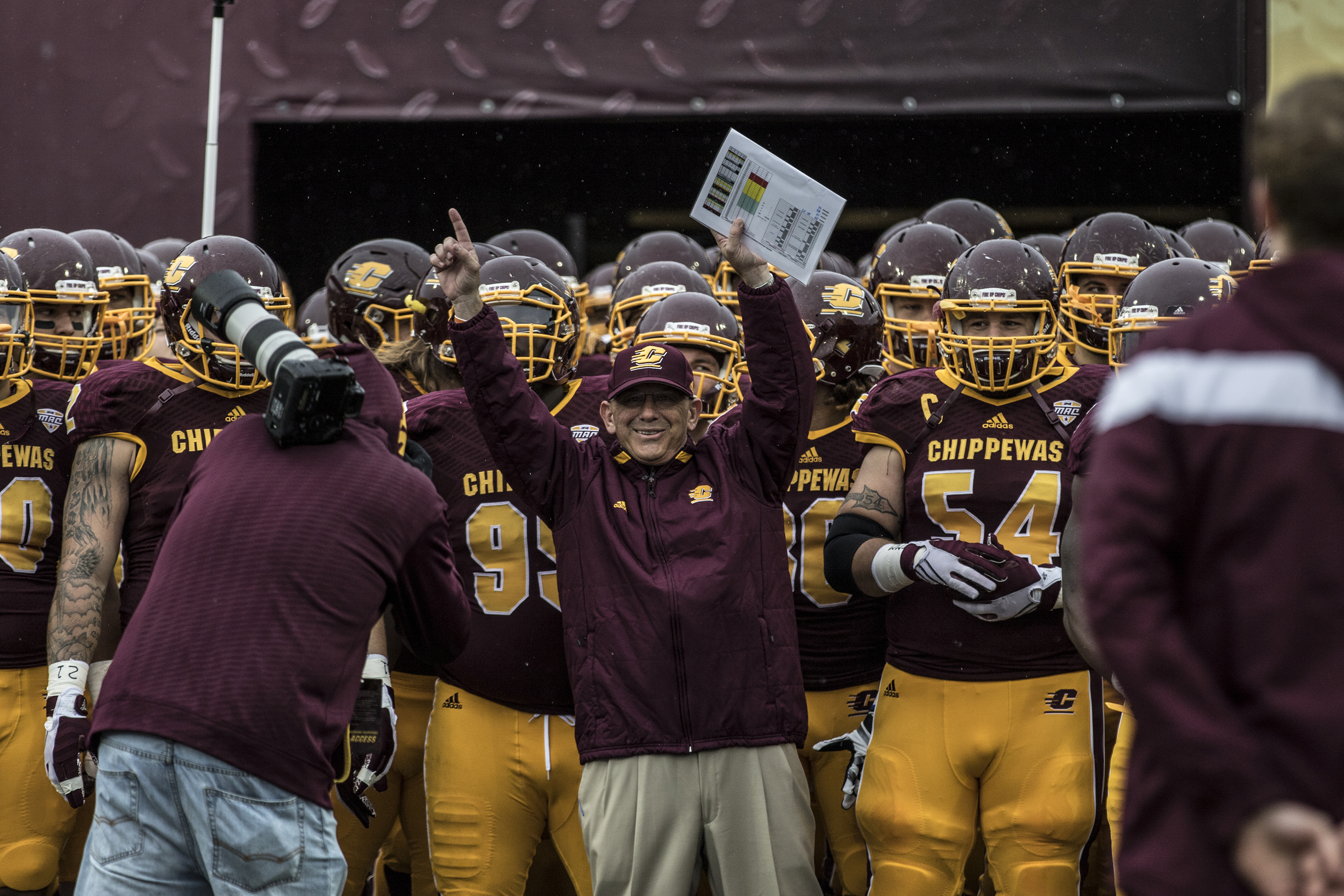 The Chippewas, who come in with a record of 2-3 on the season, are fresh off a tremendous come from behind win against defending Mid-American Conference champion Northern Illinois. Central Michigan rallied to beat the Huskies 29-19 at Kelly/Shorts Stadium.

That game came a week after they battled the then, No. 2 ranked Michigan State Spartans for much of three quarters, eventually falling, 30-10.

Western Michigan opens up conference play-off with a record of 1-3 on the season. The Broncos have the second toughest non-conference schedule in football. WMU has losses against both Michigan State and Ohio State, and their lone victory was against FCS school Murray State.

WMU finished 8-5 last season, improving their win total by seven games from the previous year. That gave them the best and biggest turnaround in the nation in 2014.

The Broncos defeated the Chippewas last season at Kelly/Shorts Stadium, 32-20.

Western Michigan’s rushing attack is piloted by sophomore running back Jarvion Franklin. Franklin is averaging 4.8 yards per carry on the season. In his freshman campaign, Franklin became the first player in history to receive both the MAC Offensive Player of the Year and MAC Rookie of the Year awards.

The Chippewa’s running game consists of running backs Devon Spalding, Martez Walker and Jahray Hayes. CMU will rely on Walker and Hayes for an indefinite amount of time though, as Spalding will be out indefinitely after he injured his shoulder against NIU.

However, CMU hopes to get back starting defensive lineman Joe Ostman this weekend.

The Chippewas come into Saturday’s action with the third best defense in the MAC, compared to WMU’s eighth ranked defense in the conference. Western Michigan has been giving up more than 400 total yards per game.

First-year head coach John Bonamego might have a bit of luck on his side as he takes on the Broncos for the first time since his playing days for CMU. The past six first-year CMU head coaches have beaten WMU dating back to 1978. (Drew)

The heated rivalry that has built up since 1907 will be a battle for the Victory Cannon trophy.