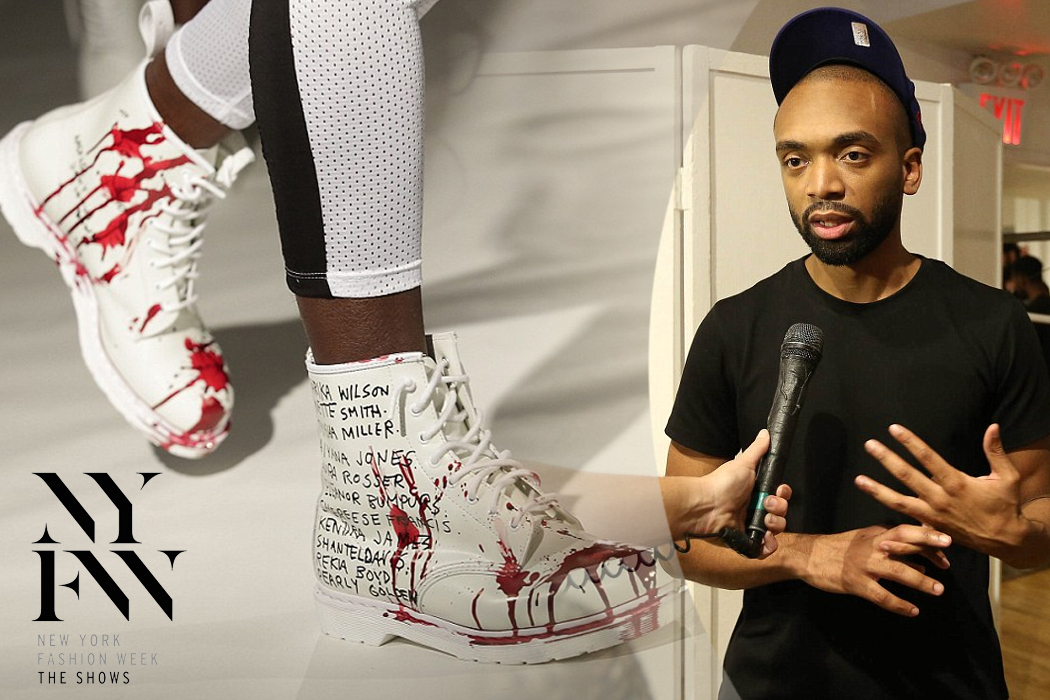 Time and time again, our generation has been exposed to the same phrase: express yourself.

We pride ourselves on having the power to say what we want, when we want and however we want. Most importantly, we love having the ability to express what we feel, no matter what it is, through multiple means. Whether it’s through blogging, art, music or that occasional strongly worded tweet about how the Starbucks employee misspelled your name on your drink again for the umpteenth time; we all have varying ways in which we express ourselves.

Often though, fashion doesn’t immediately jump to the forefront of our minds when the phrase is said. It’s a subconscious decision for why we dress the way we do. However, the fashion industry’s take on expression is deeper than that. Lately, the industry has been silently stepping up in a more provocative way than cleavage or short hem lines. It has become a platform for designers and their audiences to call attention towards modern social issues and controversy.

What made me really and truly understand this was this year’s New York Fashion Week, which took place in a seven day span from Sept. 10-17. Unlike its portrayed image, one show showed a rather grittier side to fashion. Kerby-Jean Raymond, the designer for menswear line Pyer Moss, displayed clothing drenched in red paint symbolizing blood splatter and  “I can’t breathe” stamped in graphic print on models as they walked down the runway. On each model’s white shoes read the names of multiple black women who have been claimed as victims of police brutality.

Raymond didn’t decide to showcase these designs for shock value, or to cause meaningless commotion among conflicting sides of the issue. Ultimately, he decided to do this as a result of his own personal experience with police brutality. Just as music, art or a tweet, fashion is and always has been used to tell a story.

Raymond’s story has already picked up major airtime on many online publications such as the Huffington Post, Forbes and NBC. His story already has 65,512 notes and counting in less than a week’s time of being posted on Tumblr, a popular breeding ground for social activism. In addition to this, he has household names like Rihanna and Usher publicly praising his brutally honest and intimately personal show. His approach to using his craft as a platform for protest is working and it’s giving both designers and the public alike vital ideas on how to express their own unique stories as well.

With that said, it’s difficult for some to seriously grasp the fashion industry as an important player in social activism, when the industry itself has been put on blast periodically for being the “big bad wolf” in many social issues. The fashion industry has been held at least partly responsible for body dysmorphia of both its models and audience alike throughout its history, as well as questionable ethics regarding the use of animal fur.

I still urge you to not disregard fashion as a serious and viable tool in social activism. It can be utilized for so much more than just expensive fabric and pretty models. Kerby-Jean Raymond is a shining example of the importance clothes can possess, if continually designed with that in mind.

Raymond is not the first designer to start or fuel conversation surrounding various social issues, and if taken seriously he will not be the last. No, fashion designers cannot construct a magic wand and automatically fix things with their clothes. I’m not naïve enough to even entertain that idea. But I am certain that if the fashion industry chooses to, it can start constructive conversation among sides of every issue that plagues our world today. And to me, conversation seems a pretty good place to start.