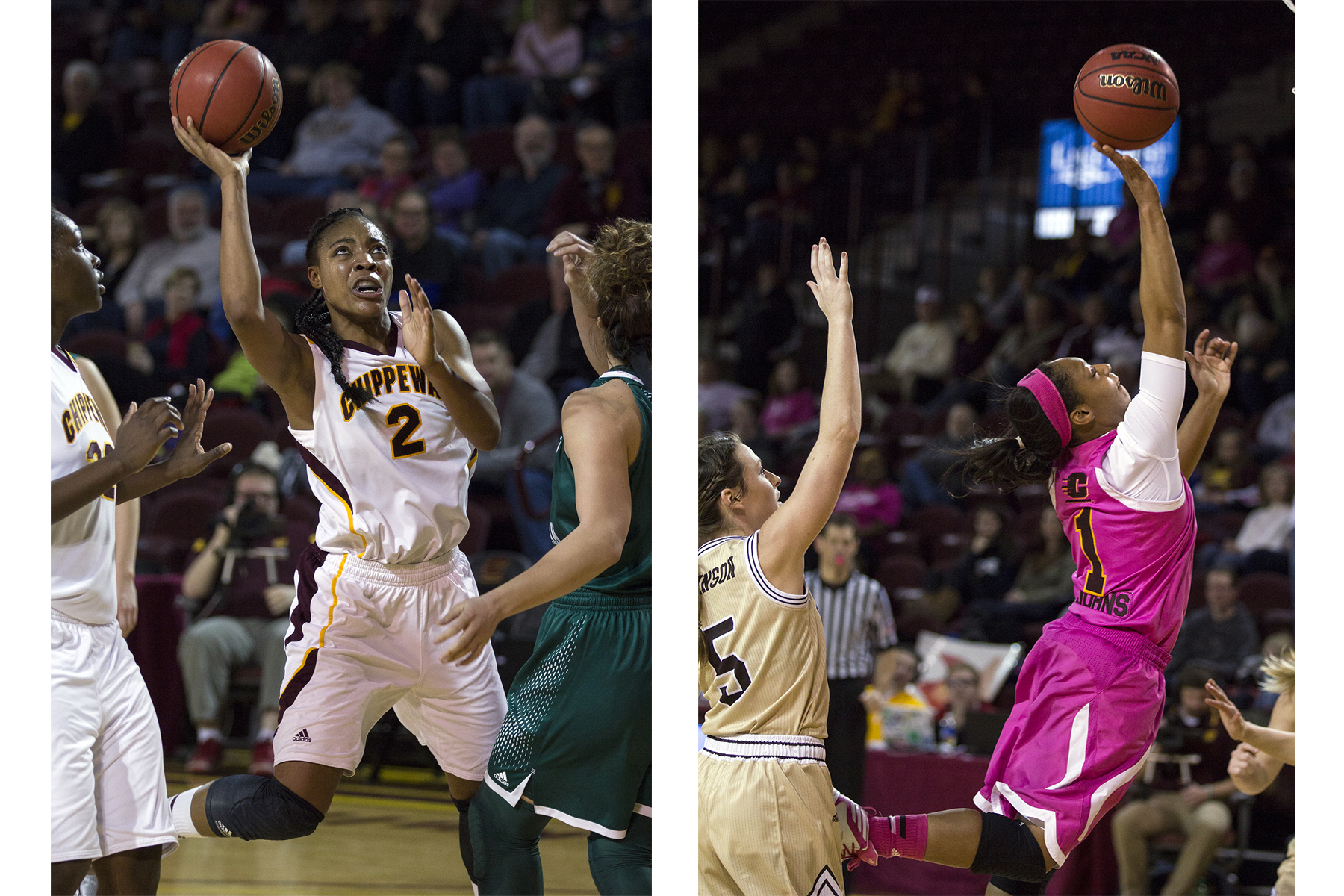 Before the season began, most people expected that one of the basketball programs at Central Michigan University would be winning a championship in March. Those people were correct.

It was assumed that it would be head coach Sue Guevara getting the women’s program back to the NCAA Tournament for the second time in three years, not Keno Davis leading the men’s program to its first MAC regular season title since 2002-03 and to postseason play for the third time in almost 30 years.

The two basketball programs succeeding side by side would’ve made for a wonderful story and exciting winter, but for Guevara’s club, the injury bug had other ideas.

Versatile sophomore forward Jewel Cotton was off to a tremendous start before she went down with a torn ACL in her left knee against Oregon on Nov. 28.

Senior point guard Jessica Green, who had worked so hard to get herself back to full strength following a torn ACL in her left knee during the 2012-13 season, had her career at CMU end in cruel fashion. As she was running back on defense in the closing seconds against Dayton on New Year’s Eve, she tore the ACL in her right knee as she collided with the stanchion behind the net.

In addition to these team members, before the season began, senior guard Crystal Bradford wasn’t coming in at 100 percent. Guevara set a date of Jan. 3 (the date of MAC opener) as the time that she hoped she’d have her go-to player at optimal health and ready to lead the Chippewas to a MAC title.

Unfortunately the best laid plans sometimes don’t come to fruition. Although Bradford had a good season and audiences observed plenty of her shining moments, there were also many instances where you could clearly see that she was hurting and not at full strength.

Bradford’s final “hurrah,” so to speak, was taking over down the stretch in a home game on Feb. 21 against Western Michigan University, as she scored eight key points in the closing minutes to seal the victory and avoid getting swept by their biggest rival. Her next game, a loss at Northern Illinois on Feb. 25, would be her last.

The right knee pain became too much for Bradford, and in preparation for what should be a WNBA Draft selection, the coaching staff elected to shut Bradford down and let her prepare for life after CMU.

Despite all of these obstacles that the Chippewas faced, coach Guevera kept a positive attitude as the end of the season drew near and it became clear that her team probably wouldn’t be heading back to the NCAA Tournament.

The term she often chose to use was “silver lining.”

The injuries to Green and Bradford allowed junior point guard Da’Jourie Turner to assume full responsibility not only as the team’s starting point guard, but also as its primary offensive threat.

Turner’s play during that stretch now gives coach Guevara confidence that she’ll have a capable go-to-scorer in 2015-16.

Also gaining valuable experience as a result of the injuries was the team’s talented group of freshmen.

Aleah Swary went from a seldom-used reserve guard at the beginning of the season to one of the team’s primary offensive options by the end. From game to game, you could see her confidence rising as she was never hesitant to shoot the three, but also began to develop more confidence in her dribble drive game.

In addition, freshmen guards Cassie Breen and Amani Corley will be relied upon heavily next season as sophomores. They both were able to gain substantial playing time as the season progressed, and although there were struggles along the way, both displayed skill sets that should have Chippewas fans excited about the future of this team.

As the team begins practice this summer, gone will be Kerby Tamm, Crystal Bradford, Jas’Mine Bracey and Jessica Green, four players who have all been essential to the foundation Guevara has built with this team.

With her still walking the sidelines and running the program through at least the next five years, CMU fans should have full confidence that their team will be back in the NCAA Tournament sooner rather than later.