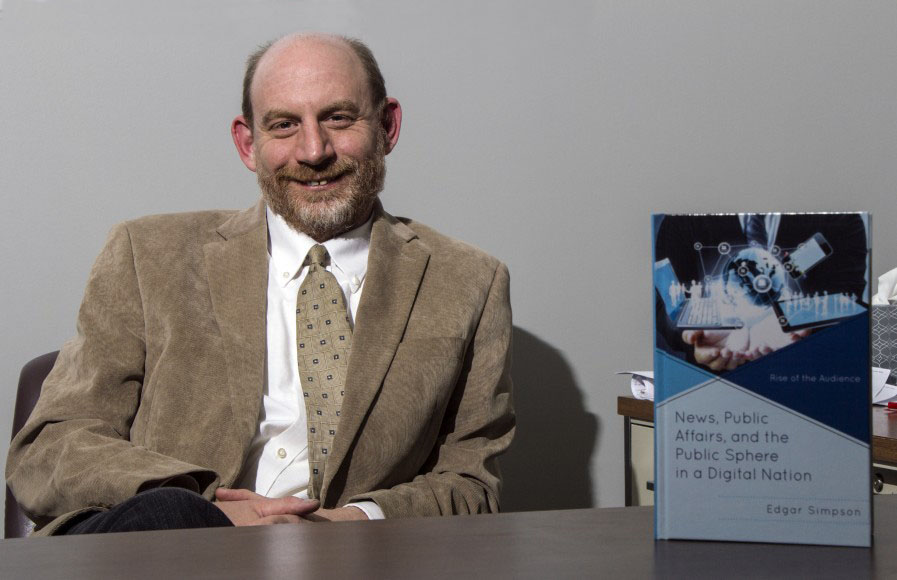 While many people aspire to write a book, it is something few actually achieve.

Edgar Simpson, a journalism professor at Central Michigan University, has had this very goal for years – and now, he has the pleasure of saying he’s achieved it.

“News, Public Affairs, and the Public Sphere in a Digital Nation: Rise of the Audience,” Simpson’s book, has been in the works for quite some time. To give you a better idea, Simpson spent one year gathering data, about seven months writing and another seven months working with a publishing company.

When asked if there was something he would’ve done differently, he did not hesitate to answer.

“Yes,” Simpson said. “I would’ve been more organized with my notes and had a clearer outline before I started.”

Along with that, he said his main struggle was to keep the focus of the book clear. The book is meant for “hard core journalists interested in world news.”

Simpson’s book includes research on how audiences interact with public affairs news. He found that without daily professional journalism, people don’t know what the government does for them. With an overload of information, he had to make sure his main idea was clear.

“The main struggle was keeping the thread, keeping it narrow and focused,” Simpson said. “I went back about 12 times and deleted information to keep it focused and clear.”

Now that Simpson has published a book, he shared his advice for aspiring writers.

1. Have a clear, focused, unique and significant idea.

2. Know your target audience – don’t say everyone will read it because they won’t.

3. Identify press that serves the demographic for your audience.

4. Research the hell out of the press you decide on.

“Just write one sentence at a time,” Simpson said. “That’s all it really is, it’s not about the book – it’s the ideas. I hope to contribute to the future of journalism. I want that conversation of what will happen next (to occur).”