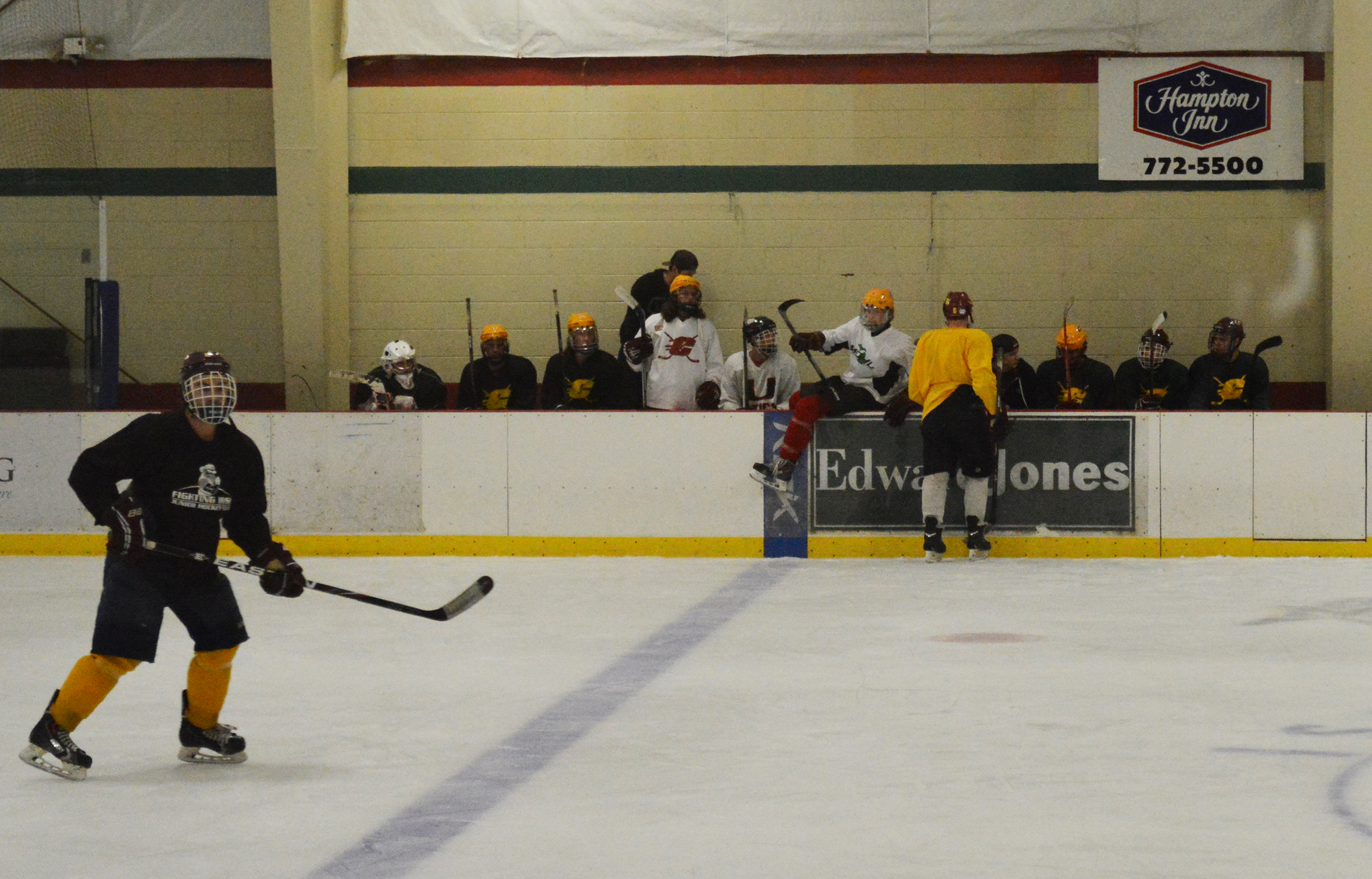 In their third year, Central Michigan University’s men’s club hockey team is rapidly on the rise. The Chippewas have started out the season hot, having won six straight games.

Three out of the six victories have been in come-from-behind fashion.

Second year Head Coach Tyler Cataline said his team has shown him a lot of heart to be able to come back and win.

“The heart and the will that these guys have is amazing,” Cataline said. “We were down two goals going into the third period against Saginaw Valley at their place, and came back and won 4-3.”

CMU played in front of a packed, hostile environment at Saginaw Valley with over 1,000 people in attendance.

The team, who only has one freshman, is made up of a lot of experienced upperclassmen. Captain, senior and defensemen Mike Chodzko has been through all the ups and downs of the Chippewas club team.

“We first started out practicing in roller hockey jerseys,” Chodzko said. “It’s unbelievable the turnaround we’ve had from then to now.”

This year, coach Cataline said that they had 56 kids at tryouts.

This year in particular though, they’ve been able to win without four of their key players due to injury. With other players hurt, players like forward Travis Gilmer and forward Nate Allgaier, have picked up the slack.

Gilmer, who is on the fourth line for the Chippewas, has really created a spark off the bench. He recently recorded a hat-trick against SVSU. Allgaier scored the three game winning goals for CMU in their victories against SVSU, and recently against MSU. Along with Allgaier and Gilmer, freshman Dalton Sutherland has high praise from coach Cataline.

“He’s going to do big things this year for us,” Cataline said. “He’s earning his ice time.”

Right now, the Chippewas are atop their north division. While they play teams like SVSU, Adrian College, Grand Valley State University and other schools around the area, one school in particular stands out to them – Michigan State.

The MSU hockey team were the national champions last year and the Chippewas played them in the first round of the regional tournament. CMU put up a fight against the Spartans, although the effort wasn’t enough as they lost 4-1.

“Last season, when we played Michigan State in the regional tournament, we played them tough,” said Chodzko. “Even though we lost, the game was close throughout.”

Chodzko said that both their coach and Michigan State’s coach know each other, so it’s become a little bit of a rivalry.

The team played Michigan State a bit earlier in the season, and the team has marked that specific rivalry game on their schedule since the beginning of the season.

“They’re the only team that swept us last year,” Cataline said. “It’s a big game for us. They took us right out of the playoffs, so our guys are looking forward to it.”

The Chippewas indeed were fired up, as they beat the Spartans 4-3 in thrilling fashion. Chodzko scored in the 1st to keep it a 2-2 game. Freshman Dalton Sutherland scored his first goal as a Chippewa, and Nathan Algaier had yet another game-winning goal with 4.8 seconds remaining in the third period.

Cataline said that he wants the team to take the season one game at a time though. Although he said nationals is the goal, the attitude that the team has is crucial to success.

From starting off with roller hockey jerseys to now being atop their North division, the Chippewas have come a long way from their start.

“This is a great group of guys,” Cataline said. “If we work hard like we have been, nationals will come.”