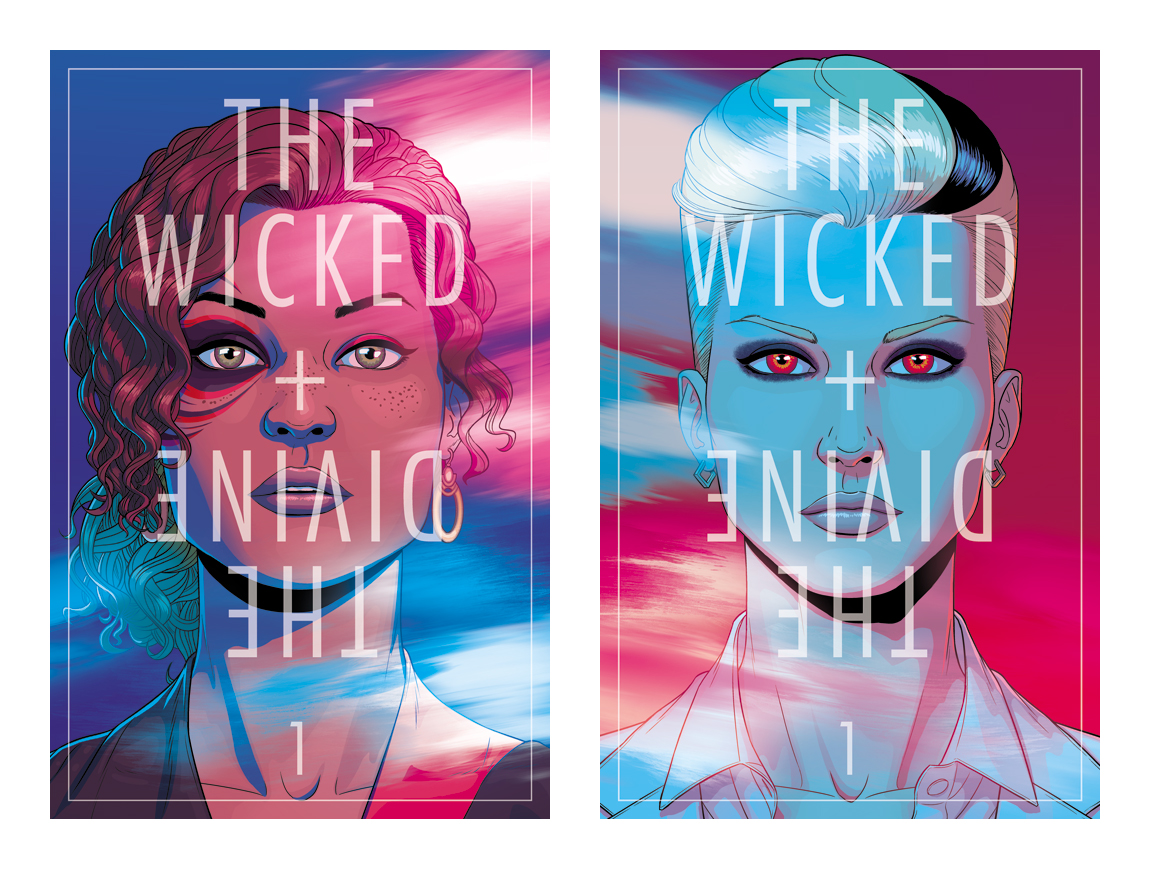 “Every 90 years or so, 12 gods incarnate in the bodies of the young. They are charismatic and brilliant. They stand before crowds, speak in tongues, and send them into rapture. They’re rumored to perform secretive miracles. They save people’s lives, either metaphorically or literally. They are loved. They are hated. They are brilliant. Within two years, they’re dead.”

British-born, music-fanatic-turned-comic-book-savant Kieron Gillen and fellow British artist Jamie McKelvie are of those rare artistic pairings, much like Scorsese and DeNiro, Simon and Garfunkel, and dare we say, chocolate and peanut butter?

These pairs all have something in common: They always create a revolutionary and unique product when their talents are combined.

The most famous example of this duo’s magic is arguably their recent, critically-acclaimed run on “Young Avengers,” though a good number of fans would argue that the pair’s greatest hit dates back to 2006, with “Phonogram;” a dark fantasy gem that mixed magic and sorcery with punk rock and Britpop subculture.

In more ways than one, the pair’s newest work, “The Wicked + The Divine,” is a continuation of both of these series’, infusing the manic, surreal energy of “Phonogram” with the larger-than-life antics from “Young Avengers.”

“The Wicked + The Divine” starts off as all good stories do, in a dingy women’s restroom at a shady concert venue. The protagonist, Laura, is introduced amongst a large crowd of girls in her age group (mid-to-late teens), applying makeup to emulate a pop-music performer known as Amaterasu.

Note: In the hands of another writer, the character of Laura probably would’ve ended up being a shallow, tongue-in-cheek caricature of the “fangirl” stereotype, so it’s fortunate that Gillen is at the helm to treat the character, and the subculture she represents, with a respectable amount of depth.

At the concert, Laura meets Lucifer, a friend of Amaterasu’s, who is every bit as deviously charming and attractive as her namesake would imply. The two take a liking to each other, and Lucifer soon after introduces Laura to the wider world of the “Pantheon,” the modern day reincarnations of 12 ancient gods and goddesses, taking the forms of the pop stars of today.

The backbone of the comic is the passion for musical culture that Gillen displays through every page and panel. His background in musical journalism is made obvious by his respect for every aspect of the characterizations of both the godly musicians and their wide-eyed fandoms.

Another note: This isn’t one of the meditations on how “rock will always prevail” that are all too common among musical elitists nowadays.

With this comic, Gillen and company celebrate every genre of music. Hip-hop is represented through the reincarnation of the Hebrew god Baal, whose only difference from Kanye West is his name. Classic rock is given its own Rolling Stones-quoting, David Bowie-impersonating Lucifer, and Amaterasu is nothing less than a perfect combination of Taylor Swift and Katy Perry.

Gillen understands that just like every kid wants to grow up to be their own version of Batman, Spider-Man or Wonder Woman, every music fan secretly looks at their idols on stage and thinks, “I want everything you have.”

The relationship between the musicians (who, let’s face it, would think they are gods regardless of if it were true) and their fans are the ultimate subject of “The Wicked + The Divine.” Truthfully, no one has ever given the topic the degree of scrutiny that Gillen and McKelvie have.

The best part? The comic duo intensified this musically-themed story by putting together a 250 song Spotify playlist to accompany your reading experience.

“The Wicked + The Divine” is currently an ongoing series:

Check out this comic if you enjoy: