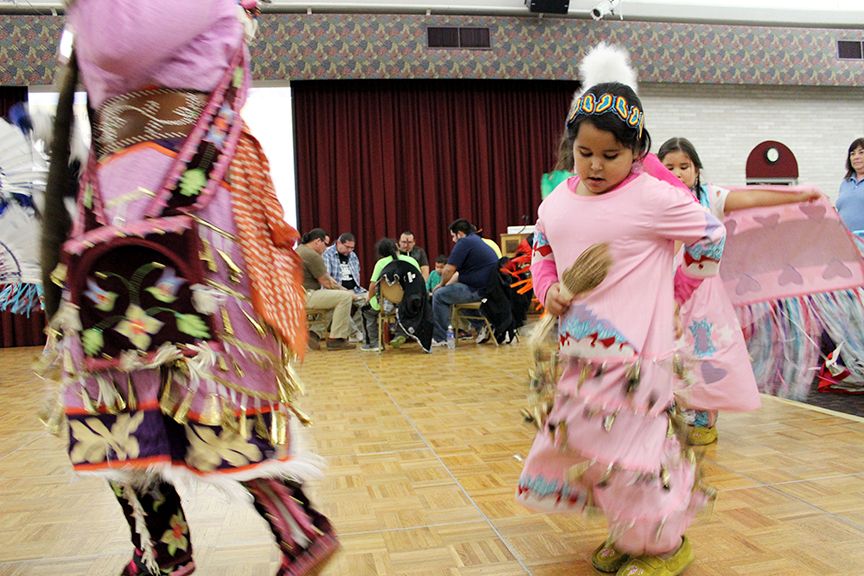 When the Aanishnabe people, or “The Good Humans,” visited Central Michigan University, not only did they share with us their delicious food, but also their beautiful culture.

Around 1660, the Aanishnabe migrated westward, guided by a vision of a floating seashell referred to as the sacred miigis. At the Straits of Mackinac, the channel of water connecting Lake Huron and Lake Michigan, the vision ended and the Anishinabe divided into three groups.

This is when everything changed.

The Aanishnabe people are now divided into the Odawa, Ojibwe and Potawatomi tribes.

Currently, 566 Native American tribes are legally recognized by the Bureau of Indian Affairs of the United States – however, there are still a number of tribes that are not recognized.

The Food Taster, an event at Central Michigan University in light of Native American Heritage Month, hosted by Ramond Cadotte, a representative for the Ziibiwing Center of Aanishnabe Culture and Lifeways in the Bovee University Center Rotunda, not only featured delicious food, but also took a deeper look into Native American culture and the tribes located in Michigan. The event consisted of traditional and contemporary Native American cuisine followed by singing and dancing.

Many tasty dishes were served, including:

Students and faculty enjoyed tasting the unique traditional foods of the Aanishnabe people – the frybread with berry drizzle and whip cream was a crowd favorite.

The Aanishnabe people also danced in several unique dances known as “Pow Wows.” Pow Wows are the Native American people’s way of joining together to participate in dancing, singing, visiting, renewing old friendships and making new ones. Aanishnabe women and men wore vibrant clothing as they danced together in a large circle.

At the end of the event, many students were able to join in and dance with the Aanishnabe people in what is known as the Friendship Pow Wow. Gathering in a circle, people from all walks of life were united, despite their differences in culture and background.

“Culture is still alive and is brought out to other people,” Cadotte said. “Showing our culture to others bridges gaps and stereotypes and it also educates people about the Aanishnabe culture.”