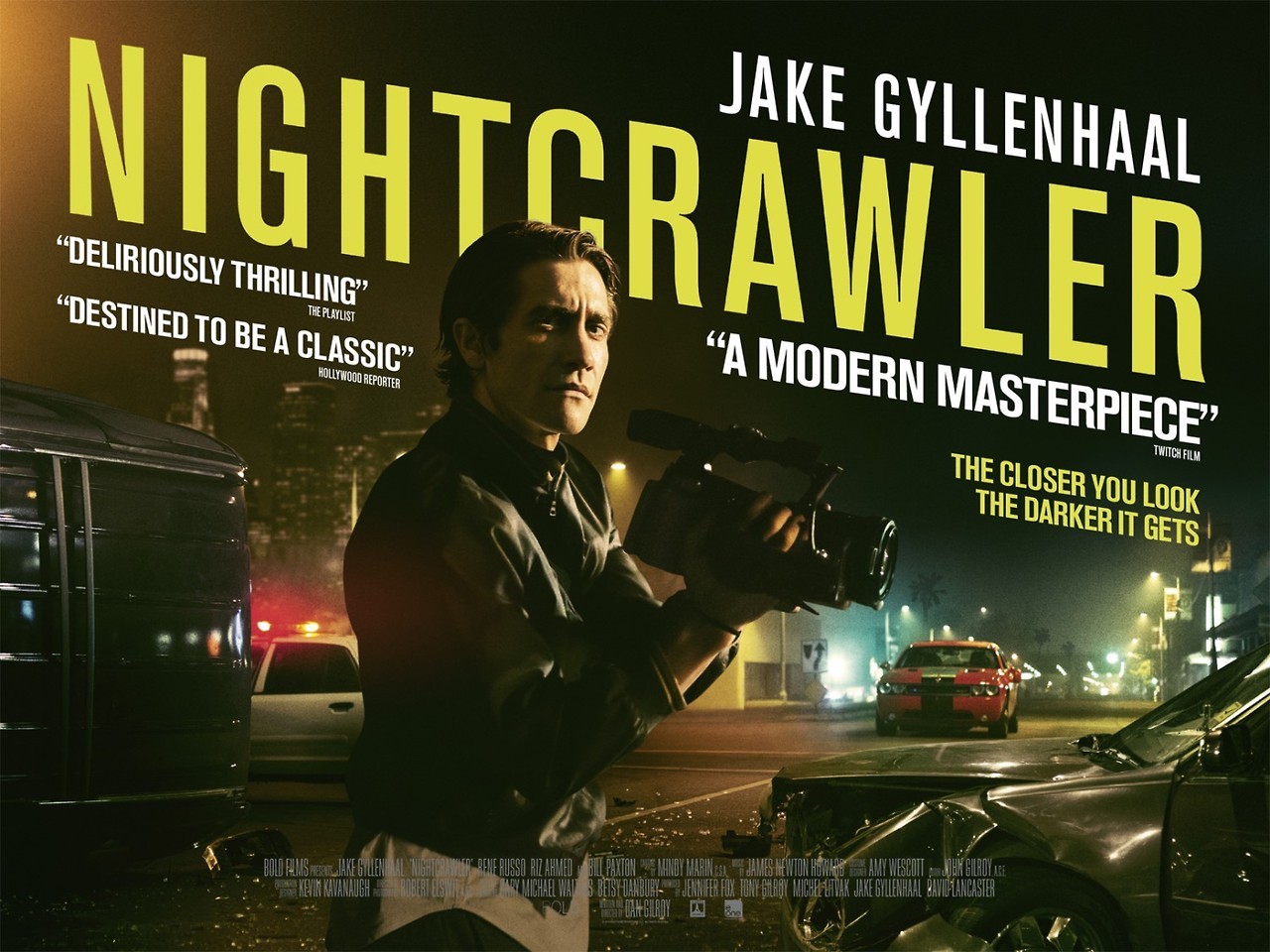 Sometimes, the hardest movies to watch are the ones that point to ugly truths in our daily lives.

Everyone is familiar with the regular airing of accidents and tragedies on the news, turning death into profit, but “Nightcrawler” shows us what heinous acts happen behind the camera.

Jake Gyllenhaal plays Louis Bloom, a man introduced to the audience while stealing chain link fence to sell to a scrap yard.

Before long, Bloom finds his calling for filming car crashes, murders and other violent crimes, and better yet, selling the footage to local news agencies. He then finds he can become more successful by manipulating the accidents and those around him.

One important thing to know about Bloom: He is one hell of a salesman. He’s fast-talking and sells himself to anyone unfortunate enough to meet him. Whether he’s speaking to a news anchor, a potential employer or a down-on-his-luck sad sap, Bloom talks with such speed and ease that his monologues almost feel practiced.

But, behind his bug eyes you can feel something more villainous lurking.

He’s not as much slick as he is slimy.

Gyllenhaal is one of a few handsome actors that does just as well in a hard-hitting drama as he does as the lead in a romantic comedy. He was superb in the recent “Prisoners,” and now has even more room to play around in with Bloom. Gyllenhaal’s creepiness factor has been brought to an entirely new level, making your skin crawl with just a smile.

Yet, despite how sinister Bloom is, it’s hard to feel especially bad for the others that deal with him regularly. No one has completely clean hands, right?

“Nightcrawler” shows us an ugly version of America. Sadly, it’s not ugly because of how distorted it is, rather because of its accuracy and how real it feels.

Without going into too much detail, the climax, while the most exciting part of the movie, isn’t some ultimate low that Bloom sinks to. Indeed, his most heinous act is committed in the very scene he’s introduced. It feels like a small let down, but not so big that it spoils the rest of the film.

“Nightcrawler” as a whole is a movie that feels just a little bit too believable. It shows us an ugly truth that’d just be easier to forget: death sells.

It puts the shower of catastrophes we see on the news into perspective. The more disastrous the event, the more likely it is that news anchors will exploit the event and the victims involved.

A truth this movie simply sums up: “If it bleeds, it leads.”