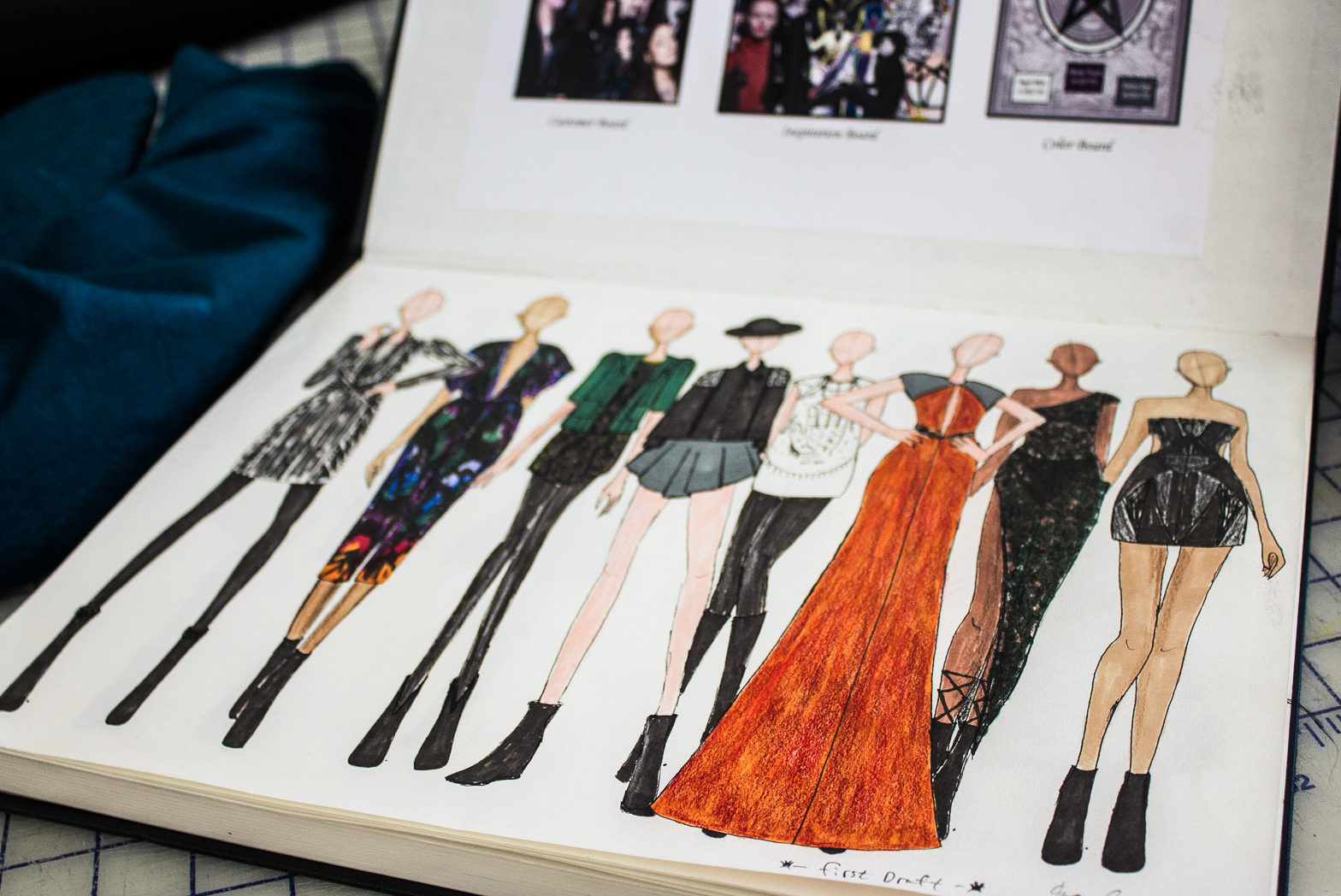 Central Michigan University’s campus serves as a runway for the everyday fashion lover. Forget magazines and paparazzi shots, the real style icons can be spotted walking to class.

The Threads Fashion Show is an annual event produced by the Fashion Merchandising and Design students at CMU.

To get a behind the scene look at the chic tradition, Grand Central Magazine interviewed Threads designer, Jason Gagnon.

The End of an Empire

Gagnon has been designing womenswear for Threads for six years. This is his final lap with the show.

“It feels amazing and sad at the same time. I’ve had so much fun designing and creating a collection every year. Every year brought new challenges, new techniques and vibes. This collection is by far my favorite because I have figured out my aesthetic more over the years. Each collection has culminated in the discovery of who I am as a designer,” Gagnon said. 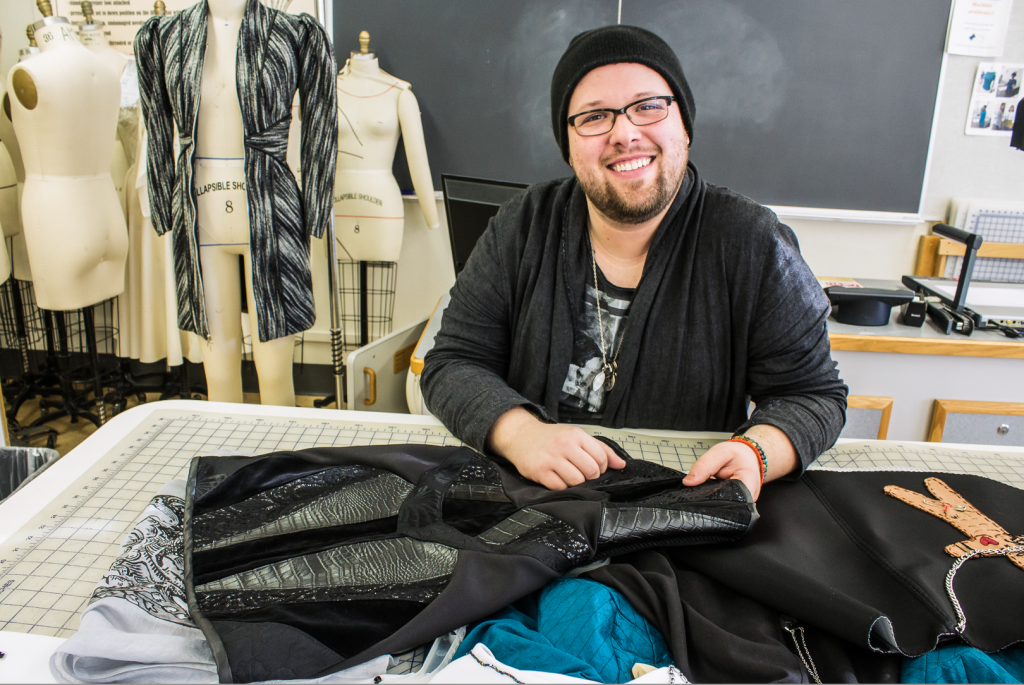 Gagnon says going to school part time allowed him to focus on his designs and do more with school as well.

“The joke amongst my friends is that I would be ‘Jason Gagnon, Threads Designer 2020.’”

Gagnon says designing and producing a fashion show for six years can create a large amount of growth. Of course, it didn’t come so natural the first time.

My first year designing in 2010 was intense. I was taking my first sewing class and trying to do a collection. I had little experience and wanted to do it all. I changed my mind a lot on the concept of my collection. I created something I was proud of and learned a lot about how a collection comes together – each collection has taught me more and more.

Gagnon produced and designed for the show up until 2013, and he took a break from school for personal reasons and ended up guest designing in 2014.

“I’ve taken my ‘wiccan rockstar/urban-techno Stevie Nicks’ vibe and cut loose with it. Watching ‘American Horror Story: Coven’ led me in the creation of this fall/winter collection. I wanted to design for a girl who is not ‘goth,’ but is open to dabble with it.” 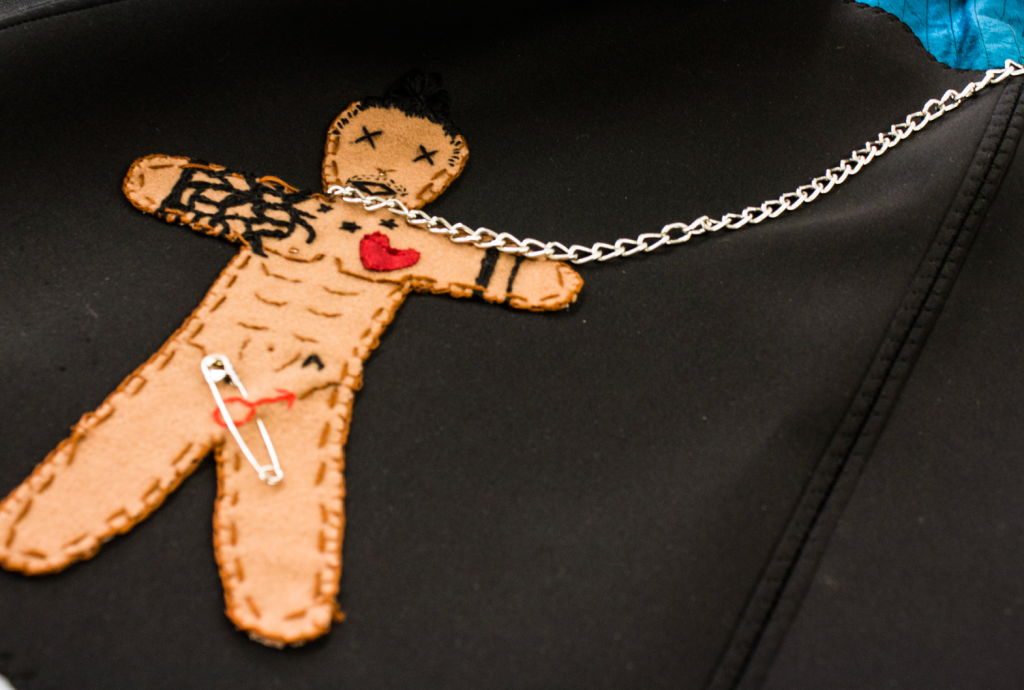 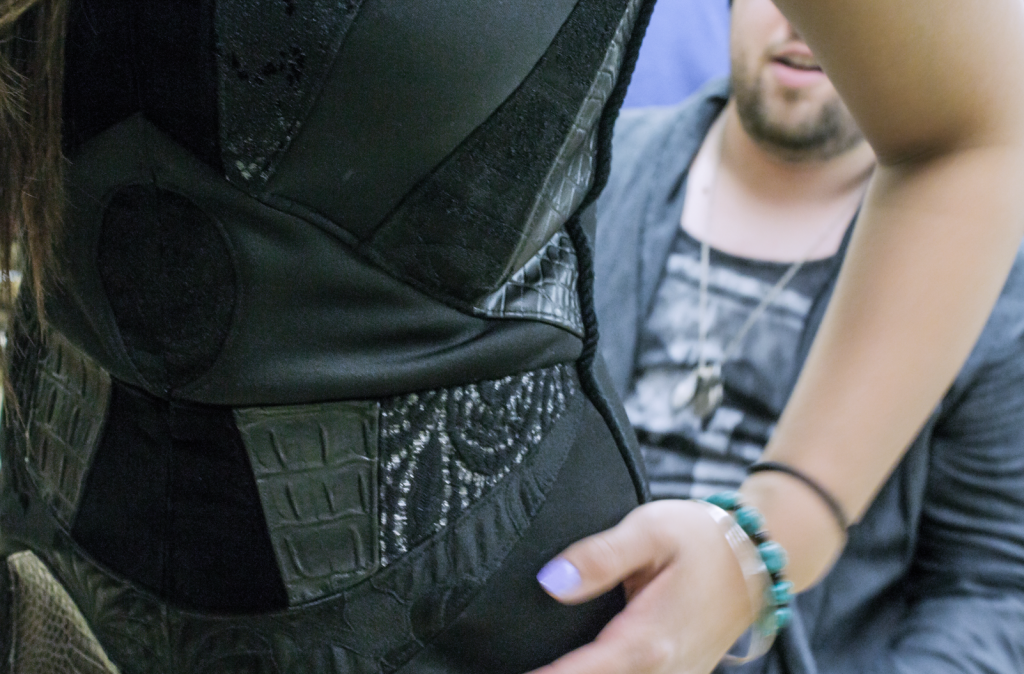 He explains that the aesthetic of his collection is dark and light. Colors used are orange and teal, and lots of black.

“In fact, one of my garments is seven different black fabrics pieced into a mosaic. I’ve used occult symbolism and imagery.”

Gagnon says if he could choose a celebrity model it would be rockstar, Taylor Momsen, or actress, Rooney Mara.

Sacrifices to the Fashion Gods

Success does not come easily, and if anyone knows that, it’s Gagnon. After six years, this isn’t his first rodeo.

“Like all of my collections, it’s taken me a whole scholastic year. I came in this year knowing what I wanted and I will finish right on time.”

Gagnon says he spends most of his time sewing.

“My husband usually goes to bed at 6 p.m. or 7 p.m. – he’s a baker and has early hours. Once he’s tucked in, the house becomes my sewing lab where I work all night ’till I go to bed myself.”

He says it’s done willingly out of dedication to his collections.

I pretty much sacrifice my personal free time to the fashion gods whenever Threads is involved.

Gagnon hopes to earn his PhD and work on research projects, teach students and exhibit his work.

“I want to work on product development and teach my students the process by showing them how it can be done.”

Owning his own line has been a dream of Gagnon’s since he was a freshmen. But, he would like to be able to do it on a more manageable basis.

“I also want to develop a small capsule collection company where I will develop either a seasonal or yearly collection scale.”

Gagnon concluded our interview with a word of advice to young students looking to design.

“Patience – you need to have it or develop it. You need to also challenge yourself and try new things. Don’t go for the easy design when you know that original sketch is far more complicated and beautiful. I see a lot of laziness and it’s sad when I know they are far more competent. I understand that we all have time frames, jobs and other classes, but sometimes you need to sacrifice something for a greater result.”

Catch Gagnon’s collection, along with many others at the Threads Fashion Show on Saturday, April 23. 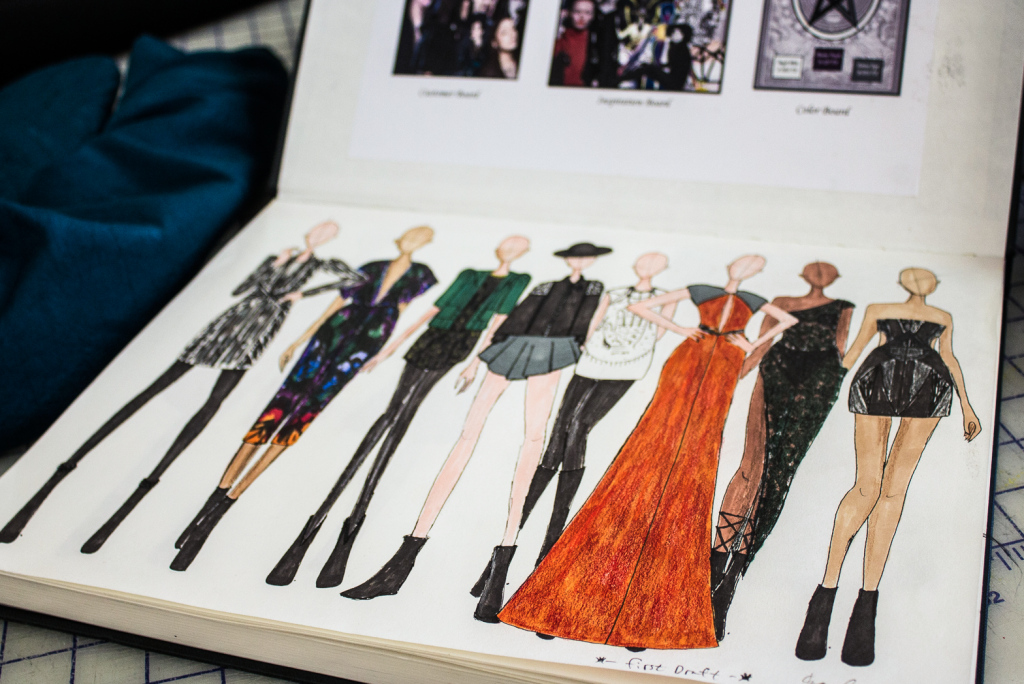