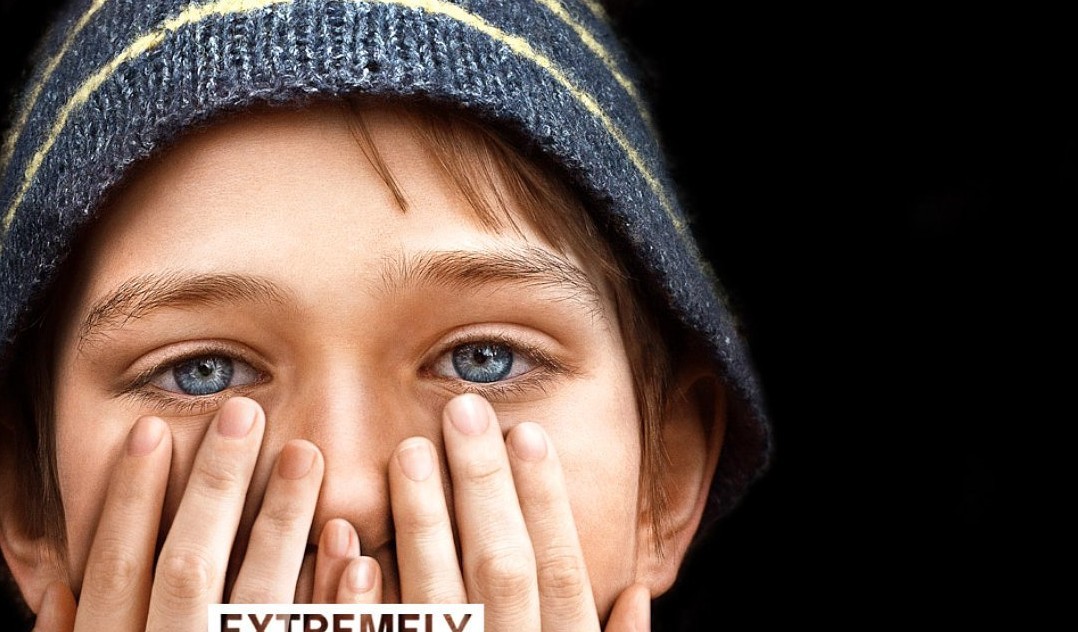 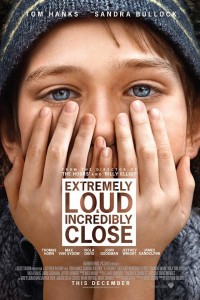 The opening image of “Extremely Loud and Incredibly Close” is of a man falling to his death, with papers behind him that fade into the title; its closing image is of a boy swinging upward on a swing, triumphant.  It freezes on this image, asking the audience to pause and share in that triumph.  This is hard to do for many reasons, but mostly because that man who was falling to his death wasn’t doing so because he wanted to.  He is falling from the Twin Towers, and it is Septermber 11th, as the movie and its director, Stephen Daldry, will remind you of several times.

Oskar (Thomas Horn), the troubled boy at the film’s center, torments himself endlessly with the messages his father (Tom Hanks) left on their answering machine while he was trapped in the World Trade Center on what Oskar calls “The Worst Day.”  After finally working up the courage to enter his father’s room, he searches the top shelf, knocking over a blue vase in the process.  Inside that vase is a key whose mysteries occupy the remainder of the narrative.

In his search for the key’s lock, Oskar hopes to cling to his father through this last mystery.  The relationship between the two was chock-full of riddles, which are shown in flashbacks along with all the 9/11 footage.  “Extremely Loud and Incredibly Close” is not simply a story haunted by those events, but one that confronts those horrific images in order to add value and sentimentality to itself.  As Manohla Dargis of The New York Times wrote in her review, “This is how kitsch works.”

If anything, this film serves to show the depths of which a major studio is willing to sink to score Oscar gold.  Oskar’s quest for meaning when there is none is tragic, made even more so by his apparent mild Asperger’s (the film never states directly whether he has it).  Though I did not read the book, I do know it certainly wasn’t able to use those 9/11 images as a direct link for sympathy.  As Oskar’s mother Linda (Sandra Bullock) turns around while her husband is on the phone and sees those burning towers not a minute after they were shown on archive news footage, it’s apparent the movie’s search for meaning is very different than Oskar’s.

After finding that the envelope the key came in has “Black” written on it, Oskar is convinced that it must be the last name of a person.  There are 472 Blacks in the phone book, and he takes to the city’s five boroughs to track them down.  Accompanying him on part of that journey is a man known simply as The Renter (Max von Sydow), a mute tenant of Oskar’s grandmother.  Oskar’s probing questions trouble the secretive man, who communicates using only a pen and notebook paper or the words “Yes” and “No” tattooed on his hands. Von Sydow plays The Renter with deep gravitas, but it is by no means an Oscar-worthy portrayal.

Everything about this movie is deliberately and skillfully crafted (with Oscar gold clearly in mind).  Stephen Daldry’s direction gives vibrant life to the traumatized New York City streets, often overcrowding them or draining them of anyone but Oskar. He gives generous close-ups to the performers, particularly Ms. Bullock and Viola Davis (who plays the first person on Oskar’s list), so that he can capture their tears and gift them to the audience as some sort of catharsis.

Relief never comes, though — even if it does to these characters.  The film is chock-full of manipulative sadism, on full display in a jaw-droppingly over-the-top sequence where Oskar plays the answering machine messages to The Renter.  He scribbles out pleas to stop, and Daldry is there to catch every look of agony in melodramatic close-up.  Emotion pours into almost every scene even if Oskar has a hard time expressing it.

Daldry uses his tremendous skill to fill in those awkward gaps.  This skill, however, ultimately goes to show that the movie’s exploitation was no accident.  Unlike many films let loose by the Hollywood studios, this movie’s greatest sin is not its mindlessness but its knowing.