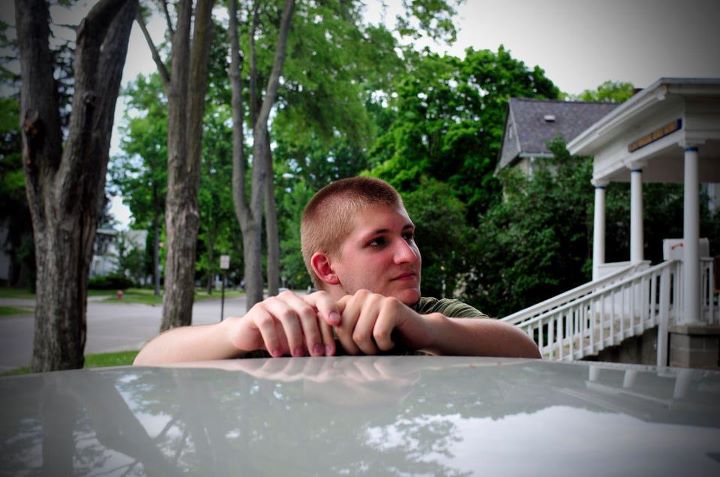 The group is also writing and producing a variety of other films including a 40-minute slasher, a 19-minute screwball comedy and another planned feature length this February called “Assisted Loving”.

Yet for such a dynamic group, F1rst Post had humble beginnings. The group was started four years ago by a group of friends who simply wanted to make films, and found that there was nothing implemented that allowed them to do so.

“ The BCA is much more television oriented,” F1rst Post president Ally Imhoff said. “And the film society, the other major student group focused on film, is focused on film critique. I think our group fills an important gap in this campus, it’s an environment where students can actually take part in producing films.”

On the early atmosphere of the group she commented, “It was more or less just a place to for us to hang out and produce some shorter works.”

Although initially starting out with only a handful of companions periodically posting videos on their YouTube channel, the group has only grown larger and more successful since their modest start. ‘

In 2010, the group started an annual show on WCMU (CMU’s public broadcasting network), and grew to a size of roughly 40 members. The highlight of the year came when the group won people’s choice with “Packed up” at the annual 48-hour film competition put on by the BCA department.

True to its name, students are challenged to produce a film in 48 hours or less. With their first feature length film premiering this Thursday at the Broadway theatre, and another feature length film scheduled for later in the year, F1rst Post is looking forward to bigger and better things

“We are really looking to become more affiliated with the BCA, and become an integral part of the campus’s film culture.” Ally Imhoff stated when asked about this years goals for the group “most importantly though, we want to take what we learned from producing “The Summer House” and improve how we make our films. We want to, at the end of the day, make the best film possible”

Although largely composed of broadcasting majors, F1rst Post is open to anyone interested in learning about the process of film-making.

“We’ve taught new members how to operate equipment, how to write a script, how to shoot a scene, how to improve their acting ability, skills that they would otherwise have to learn by paying for classes.” Imhoff commented, “We’ve had a wave of English majors join recently, to try their hand at writing in script-form, and it’s really given life to our group.”

Despite their exciting emergence on campus, Kevin Terpstra, the groups treasurer, as well as writer and director of “ The Summer House” insists that the group is part of a larger vibrant scene.

“There is such a hidden scene of art in Michigan” he exclaimed “A treasure trove of music, of film, and, you know, various other things, that most people have no idea is going on. And it is producing amazing things.”