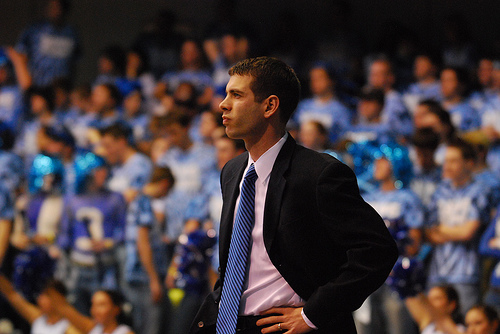 With the blink of an eye the NCAA tournament’s final weekend is here. It is very safe to say that your bracket is in the trash, don’t worry mine is right there too. With a No. 8 seed (Butler) and a No. 11 seed (VCU) still alive in  the tournament it is safe to say that anything has happened and still could happen.

While the two “Cinderellas” play each other, the other two teams still alive are not new to this whole Final Four thing. Kentucky and Connecticut are two of the most storied problems in the nation and they battle for a spot in the national championship game. On one hand you have two of the youngest coaches in the country; Shaka Smart at VCU (33) and Brad Stevens (34) at Butler. While Connecticut and Kentucky are led by coaches with decades of success and experience in Jim Calhoun (Uconn) and John Calipari (UK).

I look for Butler and Uconn to advance to the championship game on Monday.

Butler is a battle tested squad with one of the best basketball minds in the country. VCU has been riding hot and is playing better than anybody in the country. Butler of course was last year’s Cinderella and this year became the first mid-major to make it to the Final Four in back-to-back years since the early 1990s when UNLV pulled it off.

In their match-up I think Butler will look to control the tempo and overall speed of the game. VCU has some impressive guard play so it would be best for Butler to slow them down and take them out of the game as much as they can. If there is one thing certain about Butler and March it is that they always find a way to win. I look for them to continue that trend on Saturday.

While Connecticut and Kentucky are no strangers to playing this deep into March, not many people expected them to be here. Uconn wasn’t even ranked at the beginning of the season and Kentucky is one of the more youthful led teams in the country.

I look for the UConn-UK tilt to be a very up-tempo game as both teams are extremely athletic and are filled top to bottom with players that know how to put the ball in the hole. Connecticut is led by one of the most talented offensive players in the country and that is Kemba Walker. If Walker has a great game UConn wins, if he doesn’t they lose.

I expect Walker to have a great performance and for Connecticut to get the win.

A Connecticut-Butler championship game may not have been what anyone could have expected in their wildest dreams but I am a firm believer that this is great for college basketball. Sure we might not have all of the marquee match-ups that many people would prefer to see but it’s March Madness what do you expect? I say the more messed up everyone’s bracket is, the more exciting the tournament. Sit back and relax a weekend for the ages.